Facial recognition technology is here to stay, and we should start getting used to it.

According to G2 statistics, this technology alone will generate $7 billion in revenue by 2024. Between 2014 and 2018 it became 20 times better, which indicates that 2024 this technology will become one of the most developed mainstream Biometric AI technologies.

[Related Article: An In-Depth Look at the “Why” and “How” of Diversity in Data Science]

Consumers, too, are quite welcoming towards the spread of facial recognition technology. Altogether 54.8% of consumers claim that it shouldn’t be limited if used in public safety and for security purposes. 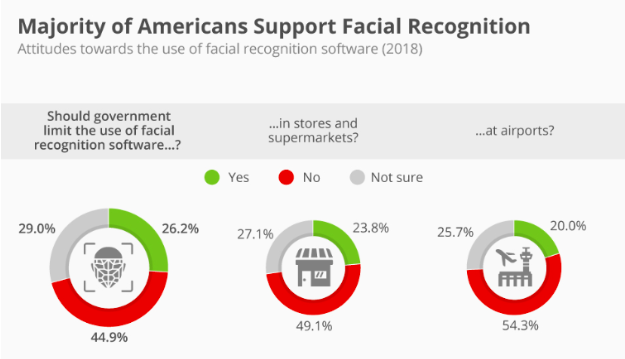 Yet, many companies that could potentially benefit from facial recognition, still lag behind. And, although the technology has evolved over the past few years, it still hasn’t quite gained the momentum it deserves.

Nevertheless, this technology is definitely here to stay, and there are 3 convincing reasons for it.

It’s a well-known fact that facial recognition technology is used in airports to improve security. According to the Center for Data Innovation, 54.3% of Americans support the idea of airports using this technology to detect threats. However, its use for security purposes has spread far beyond airports.

Face recognition is used to identify a person’s biometric data. It also involves the authentication process to verify the person’s identity.

You’ve already come across facial recognition being used to verify the owner of the device. iPhone users were the first ones to get acquainted with face recognition after Apple introduced the Face ID feature that unlocks your iPhone or iPad, authenticates purchases, and is used to sign in to apps. 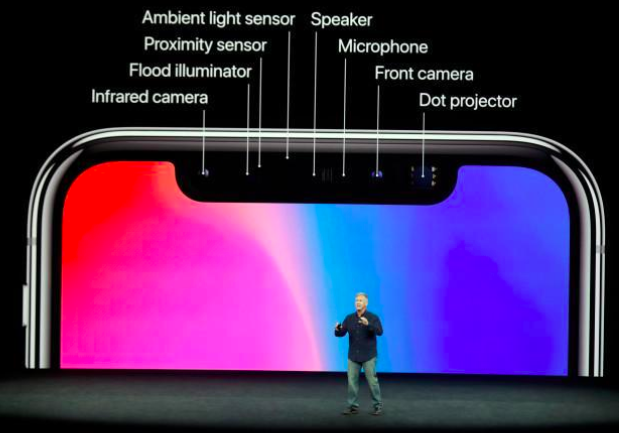 In a recent report by The Guardian, several shops across England have implemented face recognition cameras to fight shoplifting, which the police ‘no longer deals with.’ Consumers support this solution as well. From the aforementioned report by Statista, you can see that almost 50% of consumers claim that governments shouldn’t put limitations on using facial recognition in shops and supermarkets.

Since facial recognition technology has spread to such areas as commerce, it’s only a matter of time when other industries start taking advantage of the benefits that face recognition brings in terms of security. Today, many businesses and manufacturers have already started investing in cloud API-based solutions to use face recognition for security. And the trend will keep growing. 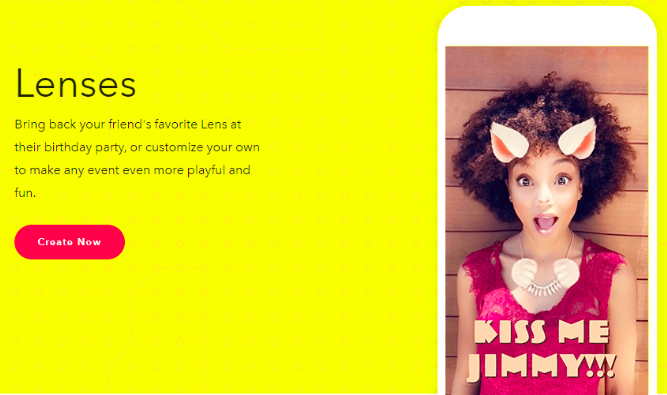 Shortly after Snapchat introduced face recognition for entertainment purposes, the trend was quickly picked up by Instagram, which now has a variety of custom filters, and Facebook Messenger that allows to quickly snap and share photos using lenses and filters.

After face recognition became available in the entertainment industry, many developers started creating apps built around this technology. Apps like Emoticonar and FaceApp have become mainstream, setting the trend for facial recognition apps to grow even more.

While businesses are getting ready for the AI revolution, another industry is set to benefit from facial recognition. And it’s healthcare.

Face recognition will have an impact on many healthcare-related areas, from healthcare management to curing diseases.

The Journal of Ahima reports that face recognition technology has already revolutionized identity management in healthcare. This technology is used to verify the patient when they log in to the patient management system, used by a hospital. This ensures that the medical information stays private and secure, and helps prevent patient fraud.

Apart from healthcare management, this technology is also used by hospitals, much like by the airports, to improve security and scan faces of people entering the hospitals according to the list of flagged faces.

In terms of curing diseases, there are several apps based on face recognition that have revolutionized our understanding of this technology.

For instance, an app called Face2Gene uses facial recognition to help clinicians determine certain disorders by comparing the faces of the patients to those with syndromes and identify a similar morphology.

As a result, this app helps diagnose genetic syndromes more efficiently and accurately.

Ultimately, this app is set to help people with chronic pain to manage the intake of medicine and improve their quality of life.

The recent scandal broke down in the entertainment industry with a FaceApp mobile application. Bringing along the trend that engaged the users to age their photos, has brought along some disturbing ethical issues.

FaceApp, a Russian startup, evidently was uploading the photos of the users to the cloud without letting them know about it. This raised a concern that photos were used for some other reasons. There were even suspicions of spying.

This instance has only increased the concerns regarding facial recognition and ethical issues. While facial recognition is still an emerging technology, it raises important privacy-related issues, as people are being watched. Although technology developers are constantly working on increasing security, the problem of hacker attacks still exists, and terra bytes of private data can potentially get in the wrong hands.

Thus, as facial recognition technology keeps evolving, and new challenges have to be solved, ethical issues that this technology brings along shouldn’t be ignored.

At the end of the day, facial recognition technology can bring many benefits, providing us with better security, improving our quality of life, and even entertaining us. But more efforts should be undertaken to make it more secure and safe to use since this technology is here to stay for long.

Want to learn more about facial recognition technology from the experts themselves? Attend ODSC East 2020 in Boston this April 13-17 and learn from the pros who excel in developing computer vision algorithms.

Helene Cue is a passionate writer and editor who explores a broad spectrum of topics that revolve around marketing and tech. She currently works as a content marketing specialist at Subjecto and loves every second of it. Her pieces are always captivating and informative.