ai for good1 West 201834
In her talk at ODSC West 2018, “Reality Check: How Businesses are using Human in the Loop Processes to Drive Real...

In her talk at ODSC West 2018, “Reality Check: How Businesses are using Human in the Loop Processes to Drive Real Value,” Alyssa Simpson Rochwerger, the VP of Product at Figure Eight, explains how companies can begin solving creating value and solving problems with AI.

[Related Article: Problem Solving with Data for a Better Business] 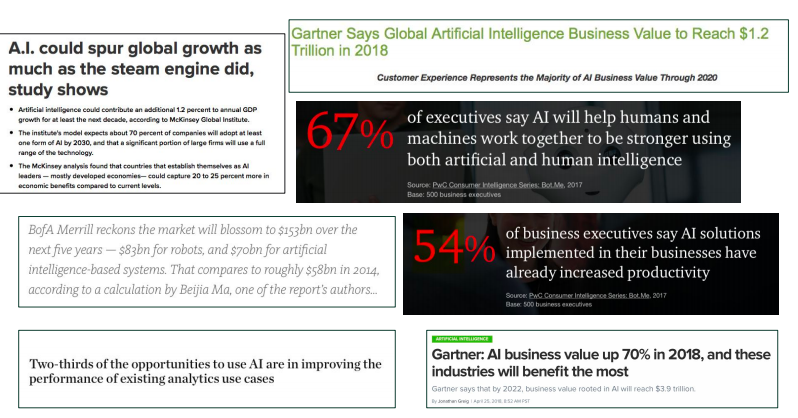 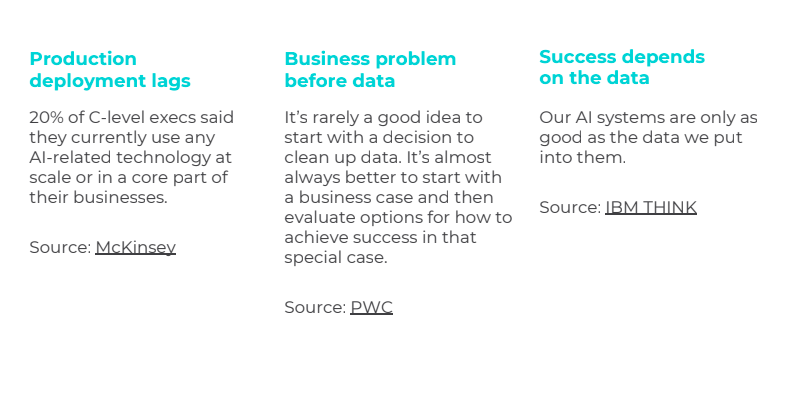 This lag in actual deployment is demonstrated over how many executives and media companies talk about the exciting possibilities of AI, compared to how “only 20% of C-level execs said they currently use any AI-related technology at scale or in a core part of their businesses,” as in, 80% of companies don’t. Rochwerger explained how many companies create AI initiatives just because they want to stay up to date—because their competitors are doing it—without having any idea of what problem they actually want to fix. But this often ends up being a frustrating waste of time and money. When you start with the data, your team is just running in circles, trying to come up with a problem that “fits” the data, but probably isn’t a high priority or doesn’t even need solving to begin with.

Hope is not lost though since Rochwerger has a solution: start with a problem to fix. 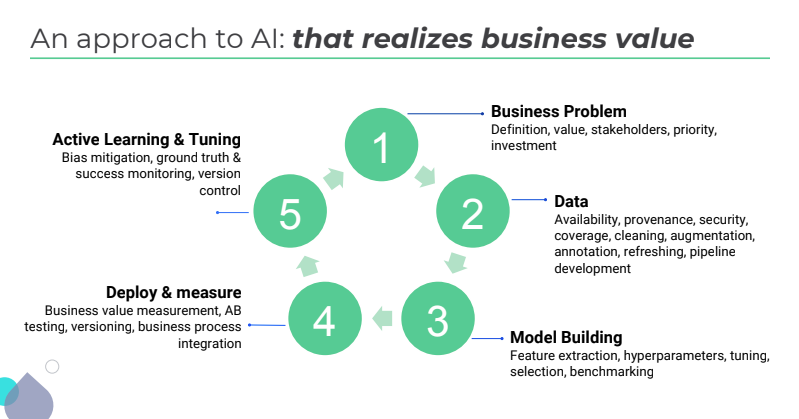 By starting with the business problem, you know you’ll be creating real, valuable solutions that your company needs, and therefore, you can better argue for funding. You’re able to work with a goal in mind, you can rank its priority amongst other work, and you can explain to stakeholders why they should support the initiative.

Sometimes this method means you have a harder time finding the data you need, but when you understand how high of a priority solving your problem is, your team is able to decide how much effort they’re willing to put in to find or create the data. And, if you decide it’s not worth collecting the data for that problem, it probably wasn’t that much of an issue to begin with. From there, though, everything should be easier, since you have an end goal to work towards, and can constantly be checking your model and data against that goal.

Rochwerger shares the kind words of a woman she once met on a plane, “Go solve the hard problems, everything else will sort itself out.” So, to exemplify her problem-first AI strategy, here are a few use cases implementing this exact idea. 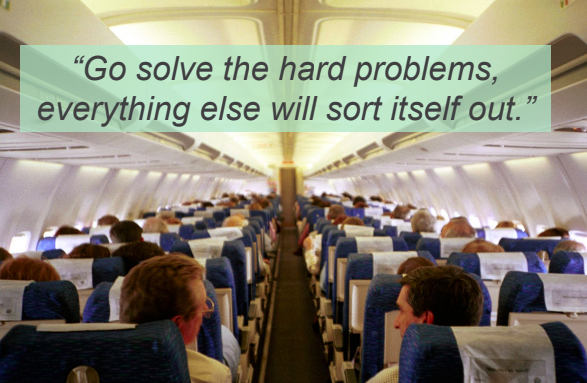 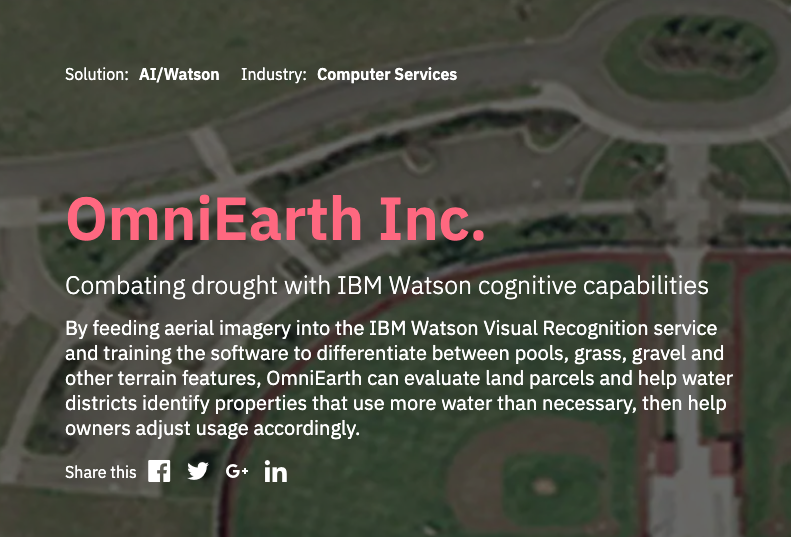 OmniEarth was able to make real change in the California drought by creating a program that could use AI to find which homes weren’t conserving water as much as they could. By using satellite images, the model could color code homes to, “differentiate between pools, grass, gravel and other terrain features. OmniEarth can evaluate land parcels and help water districts identify properties that use more water than necessary, then help owners adjust usage accordingly.” 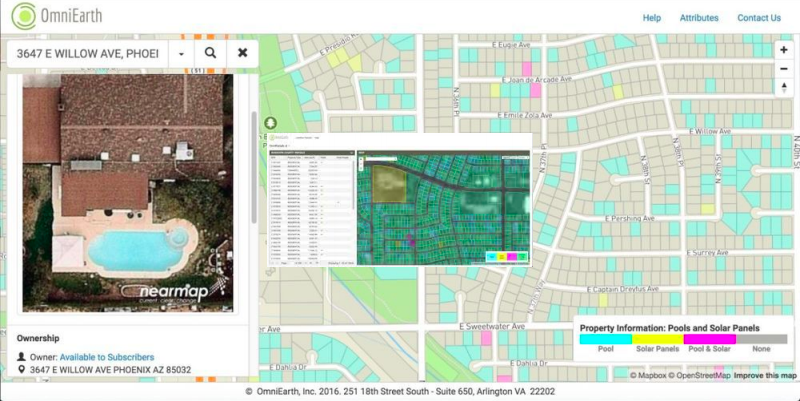 This imaging created a huge change in the area and greatly reduced the water waste of the places in which it was implemented. 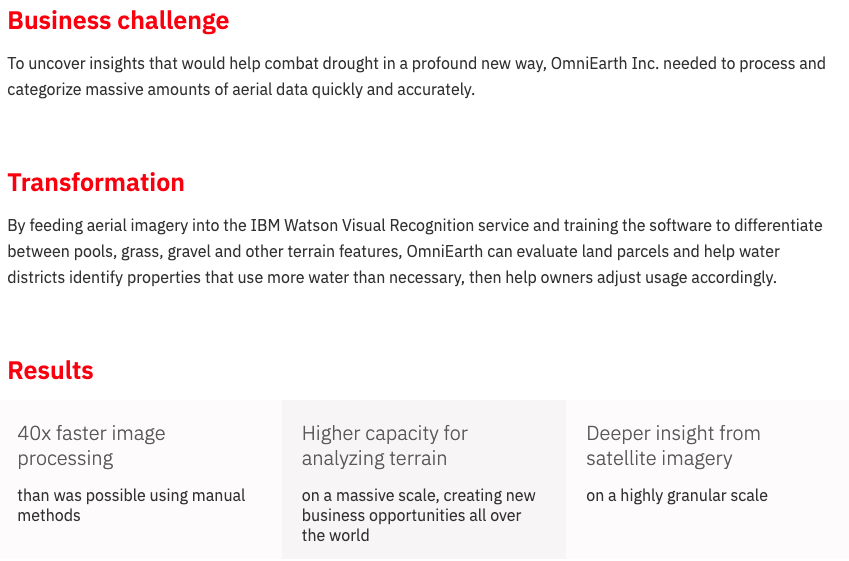 This store realized that they had a better purchase rate of products when they showcased the plain product image (just the product on a white background, as opposed to a lifestyle image, where the product is amongst other things). So, they had to find a way to train a computer to always show the product image as the main thumbnail image. 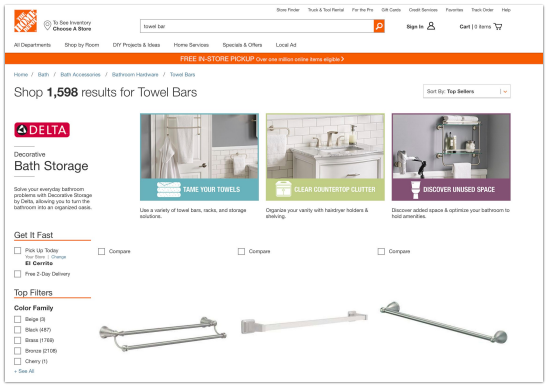 They were able to do this by creating a short survey for guests to fill, which taught the computer which was the correct image. By starting with the problem, they were able to raise purchase rates and revenue. 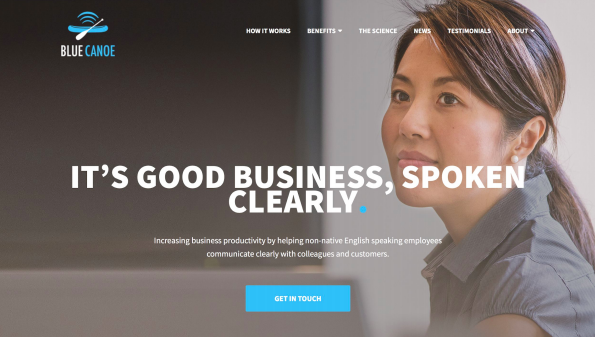 Blue Canoe is a company that helps people learn English as a second language, by having them record themselves speaking, and then have that audio corrected. It started with University of Washington linguistics graduate students doing the correcting. They were paid $21 an hour and would leave notes. But the company soon realized this wouldn’t lend to them being able to expand their business—there are only so many linguistics graduate students—but they wanted to make sure the quality of the corrections stayed high. So, they broke down the corrections into small questions, and found they were able to keep their quality, expand their business, and lower their costs, all in one fell swoop.

Walmart, a brand known for massive warehouse stores, had the problem of inefficient restocking that took their employees hours, just to walk up and down all the isles and figure out what needed to be restocked. After recognizing this problem, they turned to robotics. 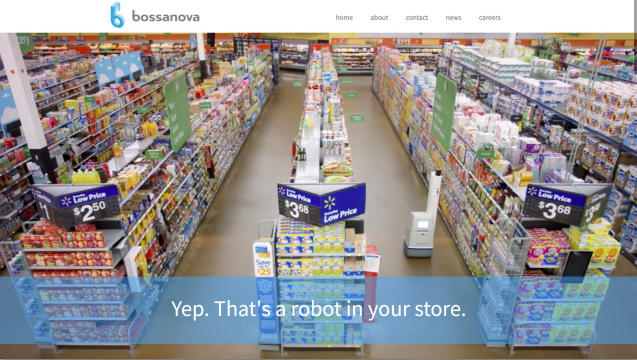 These robots they introduced were they were trained to “see” empty shelves, and as they drive up and down the aisles, they capture all the data needed for the employees to restock the shelves efficiently. 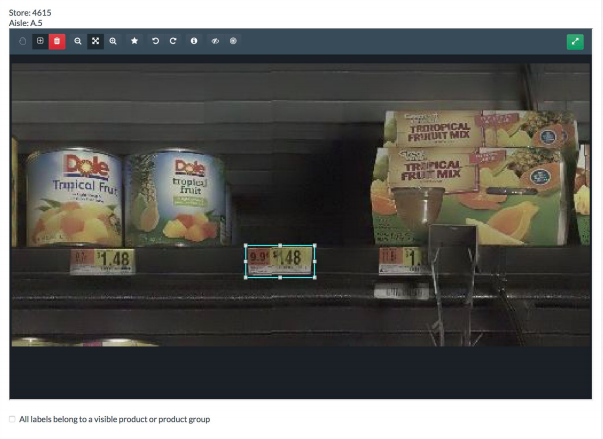 [Related Article: What is iPaaS and Why Should Your Business Care?]

AI is immensely powerful and useful to businesses, but so far, most are deploying it incorrectly. But when you refocus on the problem instead of the data, you’re able to get much more specifically helpful solutions, and don’t end up with models upon models just sitting on the shelves, waiting for a problem that works for them. Once you make this change, you and your company can really begin creating value and solving problems with AI, instead of just striving to do so.

You can find Rochwerger’s slides here and you can watch her full conference video here.