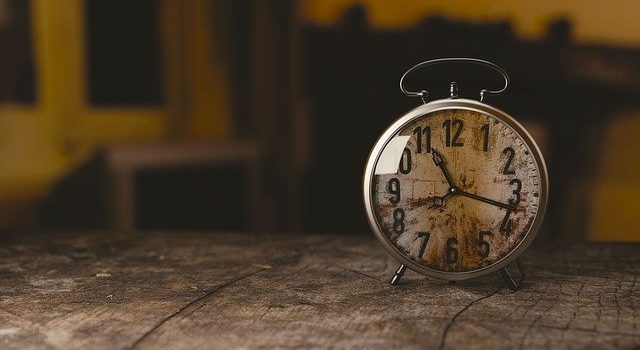 An artificial intelligence model recently learned how to accurately read an analog clock, marking an incredible breakthrough in AI technology.

Learning to read an analog clock is a much bigger step for AI than it might sound. It represents AI’s growing ability to interpret the real world around it, even down to tiny details. How did researchers accomplish this advancement, and what does it mean for the future of AI?

How Researchers Taught the AI

Typically, AI models “learn” by extensive data analysis. Developers show the AI thousands or even millions of examples until the AI can recognize patterns accurately and consistently. For example, if a scientist wanted to create an AI that could play sudoku, they would show the AI thousands of sudoku puzzles, slowly training the AI to recognize the pattern of the game until it could solve any sudoku puzzle it was given.

Researchers at Oxford University in England used a similar approach to train their AI model to understand analog clocks. The AI model was shown pictures of analog clocks, taken from various angles, along with the correct time for each clock. A system within the AI model called a spatial transformer network allowed the AI to “warp” the images to better recognize where the clock hands were.

The researchers even showed the AI timelapses of clocks going through the hours and minutes of the day. Slowly, the AI learned to recognize the hands of the clock and what their position meant. The result was an AI that could read any analog clock with approximately 74% to 84% accuracy.

Why Is Reading an Analog Clock Difficult?

It is important to remember that AI models are essentially advanced computer programs. They have no inherent understanding of the real world nor any instinctive sense of time the way humans do. Explaining an analog clock to an AI would be like explaining the Internet to someone from the Middle Ages. The AI needs to be taught to comprehend and read the time.

Computer vision is one of the keys to teaching AI things like time comprehension. Essentially, computer vision is a segment of AI technology that uses deep learning and machine learning to develop AI that can make logical decisions and conclusions based on visual input, such as photos. This was a key component to the success of Oxford University’s analog clock breakthrough.

While AI has been able to understand digital clocks for a while now, analog clocks pose a unique challenge. One of the things that AI has struggled with is the clock hands themselves.

All clocks are a little bit different from each other, from radiofrequency clock systems to digital clocks and everywhere in between. There are many more types of clock systems than people often realize. Even within one type, such as traditional battery-powered analog clocks, there is extensive variation in features such as style, text font, and size.

For an AI to read an analog clock accurately, it must be able to recognize all that an object is a clock, recognize the numbers on the clock, and tell the difference between the minute and hour hands. If those two hands are too similar in length or shape, the AI is more likely to struggle with them.

The Impact of AI’s New Ability

Some may wonder what would be the applications of an AI that can read analog clocks. As with many scientific breakthroughs, this AI wasn’t developed to fill a specific need, but rather to advance the capabilities of AI technology and its developers. If we can teach an AI to understand something as complicated as analog clocks, then we can teach it to understand other, similar real-world objects and concepts.

Advancements in computer vision can make a big difference in numerous areas of AI research and applications. For example, law enforcement organizations have attempted to use AI for facial recognition purposes to help apprehend wanted criminals. However, this usage of AI algorithms has come under scrutiny due to its spotty accuracy and data bias.

While human facial features are vastly different from analog clocks, the same methodology applies to an extent. The AI has to recognize that an image is showing a face then recognize individual facial features then compare those features to a user-supplied photo.

Oxford University’s analog clock AI could pave the way for next-generation computer vision algorithms. This development marks a turning point in AI technology, one that is sure to have a positive impact on the AI industry.

The Future of Computer Vision

Computer vision is the eyes of an AI, allowing it to interpret the real world and derive useful conclusions from it. The creation of an AI that can accurately read analog clocks is monumental. It represents a significant breakthrough in the computer vision technology of tomorrow.

By successfully teaching an AI model to read clocks, the researchers at Oxford University are opening the door to smarter, more accurate computer vision models in the years ahead. AI’s capabilities have been growing exponentially over recent years.