The Select Committee on Artificial Intelligence, announced by the White House in May, will bring together leaders from several federal agencies to pursue an “America first” agenda for AI development. “The age of artificial intelligence is here,” said Michael Kratsios, Deputy U.S. Chief Technology Officer, “And with it, the hope of better lives for the American people.”

The new task force marks a shift for the Trump administration. Until now, the Trump administration held an ambiguous stance on automation driven by artificial intelligence and automation’s disruptive effects on the American economy. A search of President Trump’s Twitter feed reveals no mentions of AI or machine learning. Previous evidence to support this stance can be cited from a 2017 AI question to Treasury Secretary Steve Mnuchin about his take on the impact of AI on the American workforce. He replied to this query that the subject was, “not even on our radar screen,” because such losses were, “50 to 100 years away.” Kratsios’ remarks earlier this month, however, refute these previous stances and indicate that the Trump administration is taking the economic implications of AI seriously.

Agencies involved in the Select Committee will include the White House Office of Science and Technology Policy (OSTP), the National Science Foundation (NSF), and the Defense Advanced Research Projects Agency (DARPA). The choice of these constituents lends some insight into the Committee’s orientation. On one hand, OSTP has been without an executive director since President Trump’s inauguration, while the NSF has been facing threats of extensive budget cuts. On the other hand, with its military affiliation and decades-long track record of support for AI research, DARPA seems poised to contribute heavily to the new Committee. 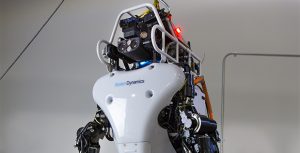 This follows a wider pattern in which the Department of Defense has led the way on federal AI initiatives. Through DARPA the DoD has poured billions into R&D in robotics and autonomous weaponry. Just recently, the Pentagon announced plans to create a multi-billion dollar facility for prototyping AI tech.

In terms of private sector development and academic research, US companies and university departments exist at the cutting edge. Over 1,000 AI companies are headquartered in the US – the most in the world – while US universities attract hundreds of thousands of data science and computer science applicants annually. And that’s not to mention tech giants like Facebook, Microsoft, Amazon, Google, and IBM, all of which are pouring billions into AI R&D. Meanwhile, the largest AI companies from China and Europe are expanding into the US in search of talent and new customers. London based DeepMind, considered by many to be the top AI firm in the world, now maintains offices in Silicon Valley and Edmonton, Canada, following its purchase by Google in 2014. Likewise, Chinese AI leaders Baidu, Alibaba, and Tencent have recruited heavily from Silicon Valley and US graduate programs.

From a more general policy perspective, however, the US lags in what’s been called the “new space race” for AI supremacy. In 2017 the Chinese government announced plans to invest billions in AI R&D, with the explicit aim of becoming the world’s leading AI superpower by 2030. And since March we’ve seen new government-funded AI initiatives announced by German Chancellor Angela Merkel, French President Emmanuel Macron, the UK House of Lords, and the European Union, just to name a few. 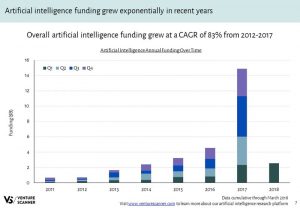 Precisely what role the new Committee will play in shaping US policy on AI remains to be seen. On balance, the White House’s move speaks to a fuller recognition of the economic and strategic significance of artificial intelligence. The optimistic data scientist may look forward to new federal funding initiatives directed towards universities, industry, and the military aimed at strengthening the position of the US in the global AI race. And for Americans whose livelihoods are already impacted by AI and automation (and those who stand to be impacted in coming years), the work of the Committee may serve to put the relevant issues into focus on the national level.