As we enter into the holiday months, research and news tend to slow down. And yet, in November alone we found...

As we enter into the holiday months, research and news tend to slow down. And yet, in November alone we found some really exciting work; here is November’s highlighted machine learning research.

This paper by Makoto Nakatsuji and Sohei Oku at NTT Resonant Inc. discusses their really interesting development in NLP: an ensemble network for non-factoid questions, which is able to generate answers that match the question and sound natural. It was tested with Love Advice and Arts & Humanities datasets with results showing their model is far more accurate than baseline models are.

This recent paper by Fitash Ul Haq, Donghwan Shin, Shiva Nejati, and Lionel Briand (all at the University of Luxembourg, Briand is also at the University of Ottawa) tests the ability and results of online and offline testing of deep neural networks, while also looking at the difference between testing using datasets obtained from real-life or from simulators. The team did this testing in the context of autonomous driving cars, but recognized that it could be applied to almost any AI application. They found that simulator-based datasets perform at similar rates to real-life based ones, and that online testing was more able to detect and handle safety violations than offline methods.

Maksym Andriushchenko and Francesco Croce (both from EPFL), and Nicolas Flammarion and Matthias Hein (from University of Tübingen) recently introduced a program called Square Attack. They describe it as, “a new score-based black-box l2 and l∞ adversarial attack that does not rely on local gradient information and thus is not affected by gradient masking.” Their method is transparent, gives many options for choice of hyperparameters, and is more query efficient than the (more complex) state-of-the-art methods. You can look at their code here.

The team of Yuan Zang, Fanchao Qi, Zhiyuan Liu, Maosong Sun (all at Department of Computer Science and Technology, Tsinghua University), Chenghao Yang (Columbia University, work done during internship at Tsinghua University), Meng Zhang, and Qun Liu (both at Huawei Noah’s Ark Lab) has recently put out a paper which confirms the use of word-substitution based attacks. They’ve also proposed “a novel attack model, which comprises a sememe-based word substitution strategy and the particle swarm optimization algorithm, to tackle the existing problems.” By evaluating their attack on sentiment analysis tasks, they’ve shown higher attack success rates and less modification than baseline models.

This paper by Dominik Janzing, Lenon Minorics, and Patrick Blöbaum (all at Amazon Research Tubingen, Germany) looks at some new developments on quantifying feature relevance while using Shapley values. They began this work with a desire to clear up confusion surrounding which distribution is the right one for dropped values. They put forward that, “the confusion is based on not carefully distinguishing between observational and interventional conditional probabilities and try a clarification based on Pearl’s seminal work on causality.” They found that unconditional rather than conditional expectations give the right notion of dropping features in opposition to the theoretical justification within the SHAP software package.

The team of Verena Heusser, Niklas Freymuth, Stefan Constantin, and Alex Waibel (all at Karlsruhe Institute of Technology—Institute for Anthropomatics and Robotics) recently released this paper about models which can detect human emotions. They’ve found that pre-trained models can be fine-tuned in text-emotion training, and they’re able to far surpass any other previous state-of-the-art models. 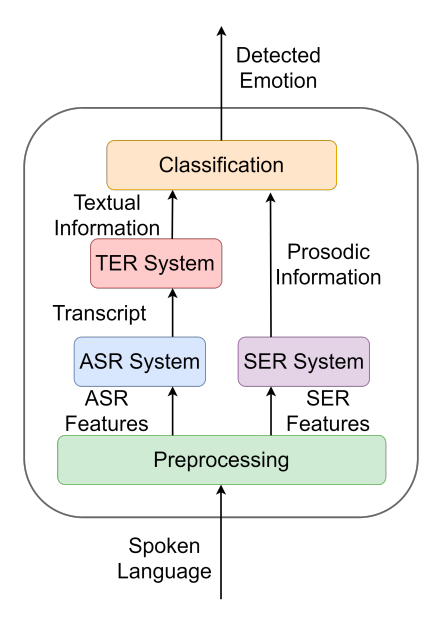