AI Assistant1 deeppavlov1 West 202025
Today, every AI assistant is in their infancy. While there were some exciting developments in the predecessor of Siri, DARPA CALO,...

Today, every AI assistant is in their infancy. While there were some exciting developments in the predecessor of Siri, DARPA CALO, today’s best and brightest assistants are quite far from what was envisioned in the science fiction books of the Golden Age.

There are multiple reasons. For instance, DARPA CALO was focused on building a system for the military, and it was designed to help with a number of productivity-specific scenarios, like helping building documents based on the past structure, automating routine tasks, and so on. With Siri and the like, the focus broadens, now targeting development on consumers’ needs. The task is no longer to aid in productivity, but to help with the everyday chores, albeit limited to what a smartphone and the cloud can realistically do. While this change shifted the energy towards understanding human speech in its variety, a Holy Grail of its own, it also made A.I. assistants less exciting, and perhaps less reliable. After all, asking a machine to wake you up the next morning at 6am however novel it is, is hardly inspiring.

At DeepPavlov.ai, we are working at the cutting edge of Conversational A.I., where our focus is on uncovering the complexity of the natural language understanding, towards an AI assistant that can understand people, support meaningful conversations, and be able to act upon users’ requests. We believe that such A.I. assistants have to possess a number of capabilities like world and user understanding through building their corresponding knowledge graphs, and bot’s persona that learns on the go, and behaves more like a real human than a simple machine. 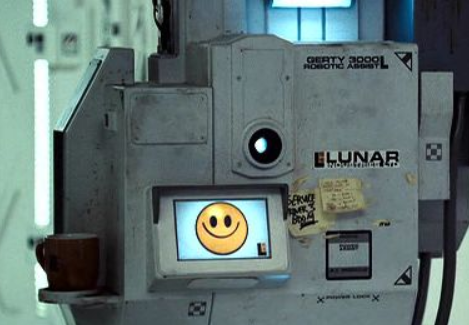 To see a better picture of what we’ve envisioned, we went to the science fiction stories that have exciting examples of such AI assistant. While Hal 9000 from the Spacey Odyssey: 2001 and Ash from Alien are well-known evil A.I.s (led by their own agendas, or agendas implanted by their owners), we wanted to find something that would be a positive example, and be more grounded in our reality. One of such examples is an AI Assistant called Gerty from the now-classic cult sci-fi movie The Moon, made by Duncan Jones.

Gerty lives on the Moonbase Sarang, and it is quite believable in a number of ways. First, it is a set of physical components that move on the ceiling rail across the base, which is totally achievable by today’s standards. Second, it can execute particular tasks per its human counterpart, Sam, like a typical goal-oriented chatbot. Third, it can support a meaningful emotional conversation with humans, which while challenging is already a focus of Amazon Alexa Prize competition, and is within reach for the top A.I. research labs across the world. Finally, Gerty is not just a Siri or Google Assistant app that can entertain and do some basic things; instead, Gerty is something Sam, Moonbase’s sole inhabitant, has to rely upon during his 3-year long mission.

This is an exciting example of an A.I. assistant to build, and in our upcoming ODSC West talk, “Conversational AI with DeepPavlov,” we will give you a chance to learn how you can build a software part of Gerty using our DeepPavlov Conversational AI stack.

We welcome you to join us in our journey towards building a very first demo of a Gerty-like AI assistant using our technology at ODSC West! 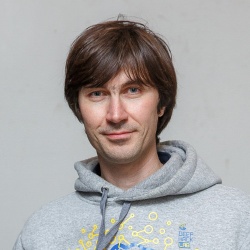 Mikhail Burtsev is head of Neural Networks and Deep Learning Laboratory at Moscow Institute of Physics and Technology. He is also the founder and leader of the open-source conversational AI framework DeepPavlov. Mikhail had proposed and co-organized a series of academic Conversational AI Challenges (including NIPS 2017, NeurIPS 2018, EMNLP 2020).

Daniel Kornev is a CPO of DeepPavlov.ai, also known as Neural Networks and Deep Learning Laboratory at Moscow Institute of Physics and Technology. He previously helped to ship Yandex’s AI Assistant Alice as part of Yandex.Station in 2018 by shipping productivity scenarios in Alice. Prior to that he founded a startup Zet Universe which focused on building a knowledge-graph driven visual AI assistant in the productivity space. Daniel also worked at Google, Microsoft, and Microsoft Research.