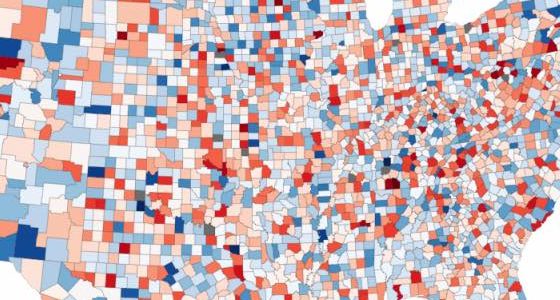 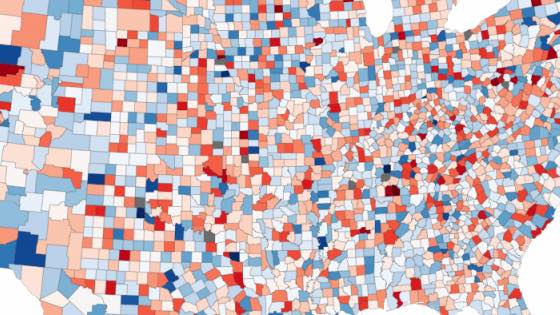 Choroplethr version 3.6.0 is now on CRAN. This version adds functionality for getting and mapping demographics of US Census Tracts. You can install it...

Choroplethr version 3.6.0 is now on CRAN. This version adds functionality for getting and mapping demographics of US Census Tracts. You can install it from the R console as follows:

To use this functionality you will need an API key from the US Census Bureau. You can learn more about that here.

Historically choroplethr has had limited support for Census Tracts. This is because the US Census Bureau releases tract maps on a per-state basis, and it wasn’t feasible to create a separate package for each state.

Choroplethr now uses the tigris package to download Tract maps from the Census Bureau on demand. The function to retrieve a map is get_tract_map. Here’s an example of retrieving and rendering a map of Tracts in New York:

Choroplethr contains both maps and interesting data to map. If you want to explore the demographics of US Census Tracts then use get_tract_demographics:

Now that we have a map and spatial data, we can create a choropleth map with the function tract_choropleth.

People not familiar with New York might see the above map and not know where major landmarks are. To solve this problem, all choroplethr functions have a “reference_map” parameter, which puts a google map underneath the choropleth:

Tract maps of an entire state are hard to view because the tracts are so small. This is why all tract-related functions in choroplethr allow you to zoom by county.

In addition to being useful for viewing maps, the county-zoom option is useful for get_tract_demographics because getting tract-level demographics for an entire state is slow.

Note that counties must be specified by their county FIPS code. Here’s an example of zooming in on Manhattan (FIPS code 36061):

As the above example shows, v3.6.0 introduces a new function: double_map.

In my own work I find that frequently switch between viewing a pure choropleth (where the color contrast is strong) and a choropleth + reference map (where the reference map helps you understand what you’re looking at). double_map simply encapsulates some code for putting two maps side-by-side

There are a few things to keep in mind when using this functionality:

Ari is the author of choroplethr, the popular R package for mapping open datasets. His work on choroplethr has led to the creation of two full-length courses. He is an RStudio Certified Trainer and provides R Training and Consulting to corporations and government agencies.