Digital Influencers: Is AI the Future?

The term “influencer” has been populating the digital sphere for a long time now, and so far, it has gone largely...

The term “influencer” has been populating the digital sphere for a long time now, and so far, it has gone largely undefined. As we know it, an influencer can be anyone that holds influence over their audience, community, or platform. Celebrities, politicians, models were the original ones; then came strictly digital ones like YouTubers, bloggers, Instagram models, and even internet-famous pets. Now, we’re in a place to, again, redefine who belongs within the term. We’ll look at deepfakes, CGI models, digital actresses, robotic streamers, and Sophia the robot, which all seem to point towards a not-so-far future where our digital influencers could be made up by artificial intelligence.

Deepfakes are a result of a machine learning technique called generative adversarial networks (GANs for short). It’s used to combine and superimpose existing images or videos onto source images or videos, which creates the appearance of a completely fictional situation. This technology has already created a trend in people, mostly jokingly, replacing actors in movies or editing photos (DeepNude was a controversial, and quickly shut down, version of this).

This similar technique has also been introduced to the audio sphere, where machine learning can reproduce a voice to whatever script the programmer chooses. Recently, an audio clip of what sounds like the podcaster Joe Rogan was circulated, only to be revealed it was completely fabricated through AI. Prior to this, there have been concerning, widely-viewed deepfakes made of both former President Barack Obama and Speaker of the House Nancy Pelosi, to either alter what they were saying entirely or make it seem they were inebriated. These occurrences bring up ethical concerns for social media and politics, such as when should Facebook address this content and what impact could it have on elections, if the public believe what they see.

While neither of these examples are creating brand new influencers, it does showcase how advanced the imitation and realism technology has come. Other GAN technology has been able to create incredibly realistic images of people who don’t actually exist, and is already being used to create higher resolution versions of image or to help detect objects within images (incredibly helpful for the medical field)—the technology is there, it’s just a matter of how it’s used.

CGI (instagram) models are artistic renderings of models, posing and interacting with a real environment. They’re not the first type of “non-real” influencer we’ve seen, but they’re definitely the first to hit widespread acceptance within the digital sphere. The first of them—a “crew” with different looks and personalities, made up of Lil Miquela (the most popular of the three with 1.6 million instagram followers, as of July 16, 2019), Blawko, and Bermuda—were created by LA start-up Brud, a, “transmedia studio that creates digital character driven storyworlds.”

Me and my mains! Always getting me through the roughest, there for all the highs, ride or dies, but maybe most importantly down for a ride to the taco truck at 2am. ILU guys! 💘🥰💘

After marketers and brands realized that these influencers gave them perfect control of the end product, no real emotions or physical flaws to deal with that could make an influencer campaign flop, they rose in popularity and major campaigns began rolling out, as well as more of these CGI influencers.

Now, you can see them in Calvin Klein campaigns and on iTunes Billboards (Miquela has an album out), and they’re not likely to go anywhere soon. They’re not AI, by any means. These influencers are glorified art projects, with real people writing the witty captions and responding to interview requests. But, they’re still an important step the mass public has made towards accepting non-real influencers (or at least Generation Z, of which these influencers are most popular with). They’re drawings, but they’re not known because of the person animating them or because of a voice artist we already know, like is the case with the popularity garnered in animated or cgi movies. They’re famous because of their own so-called personhood.

The next step from CGI Instagram models is true digital actors. This would be an animation that exists in multiple different movies or franchises, in different roles, like a real actor would. There are a few things that verge on this already.

We can see animated characters appearing in different franchises as themselves, usually, in the form of “crossover” events—the event cares about the animated character, not the voice actor or the artist. Think of the video game “Super Smash Bros” or basically any animated cartoon ever. We’ve also seen renderings of those cartoon characters, placed in conjunction with real actors and scenes (“Space Jam” or “Detective Pikachu”), like we see with our CGI Instagram influencers.

The closest we’ve gotten to this happening in its fully formed mode was in 2001. Aki Ross, the CGI protagonist of the movie “Final Fantasy: The Spirits Within,” was supposed to be the first CGI actress, to star in multiple different movies and roles. Unfortunately, the movie lost a whopping $52 million dollars, largely due to the animation costs. But the project got pretty far in its plan. Aki Ross was named on the Maxim Top 100 Hottest Women of 2001 (she was number 87), and was voted one of the hottest women ever for FHM Magazine, becoming the first fictional woman to make the list.

AI has been learning, playing, and beating video games for a while now. But recently an AI robot was created to play video games (“Minecraft” and “Flappy Bird”) while streaming on the service Twitch, and interacting with viewers. The project was created by Futurice—a digital engineering and innovation consultancy—and Yle, the national broadcast company of Finland, to help Yle interact with its younger viewers. 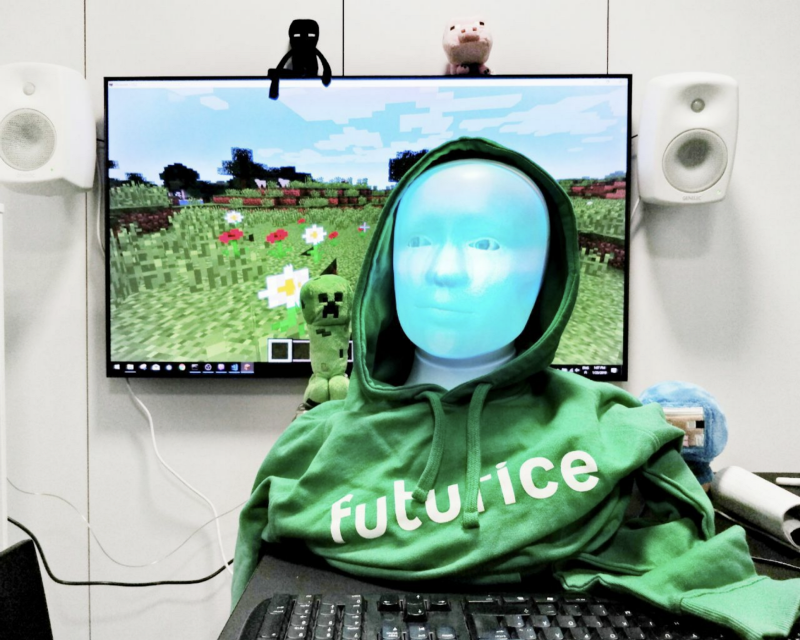 This article goes into depth on the project, but overall, they managed to create an AI robot that was well received and interacted with by its viewers, who eventually seemed to grow attached to its learned character. The robot didn’t get tired of playing, so it could do long streams that human streamers are limited to (which could be a huge aspect of the marketing that comes from this form of influencer), and it could be taught to interact with the viewers in whatever way the programmers wanted. It’s main challenge were the types of games it was able to play, and falling into the so-called “valley of the uncanny.” The robot wasn’t obviously fake enough that watchers were endeared to it like a stuffed animal, but it was also too human-like to be comfortable, falling, instead, among the likes of zombies. 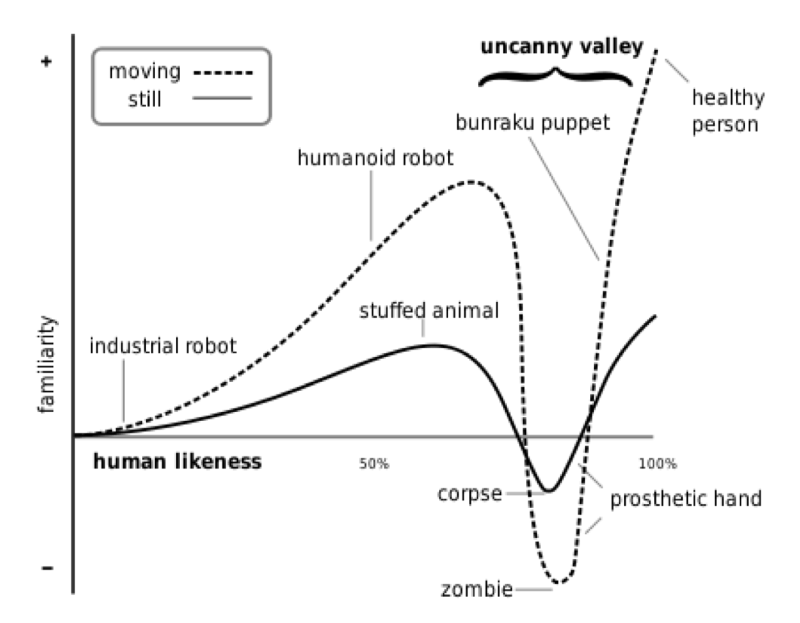 It was limited to two games, one of which actually wasn’t played by the AI (but rather two people who controlled the interactions and the gameplay), and has only been tested once. But with all its positives, the streaming robot IQ_201 points to a very likely future of robotic and/or artificially intelligent streamers and influencers.

Sophia is a humanoid AI robot, created by Hanson Robotics. She’s trained and able to respond to keywords in conversation, giving the appearance of opinions, free thought, and a sense of humor; she is a citizen of Saudi Arabia; she can make over 60 facial expressions and can predict or respond to emotion in the people she’s speaking with; and she may even have a primitive form of consciousness.

Sophia is a remarkable example of what ai influencers could look and act like, once they move out of the animated sphere. We could even argue that she’s the first AI influencer to exist, as she’s appeared on countless media channels, has her own Twitter account, and has raised questions over the rights of robotics.

All these techniques haven’t all been put together yet, but the technology and mass-acceptance is there. There’s nothing really stopping us from getting an(other) artificially intelligent influencer, famous for its own personality and appearance, that’s able to be fully integrated into our real world. It’s only a matter of time, and when the time comes, a whole new conversation of ethics, diversity, ownership, and a plethora of other current-unknowns will have to be introduced.