Do Babies Hold the Key to Helping AI Learn Like Humans?

deepmind6
Could better understanding how human babies learn about basic motions bring us closer to AI that can learn like humans? According...

Could better understanding how human babies learn about basic motions bring us closer to AI that can learn like humans? According to the results of a new study published in Nature Human Behavior, computer scientists might have taught an AI program how to express surprise – though not in a completely human way in PLATO.

The inspiration for this came from another study that looked to understand how babies understood objects, their motion, and sudden unexpected change. During this study, developmental psychologists tested how babies used their gaze to understand the motion of objects. This involved using a ball that babies would follow and then suddenly disappearing. As expected, the babies would express surprise and shock at this.

So the question became, could an AI program learn physics similarly to the way a human baby does? This is where PLATO comes to play. Luis Piloto, a computer scientist at Google’s DeepMind in London, and his team were inspired by the baby and ball test and wanted to do something by using a neural network. 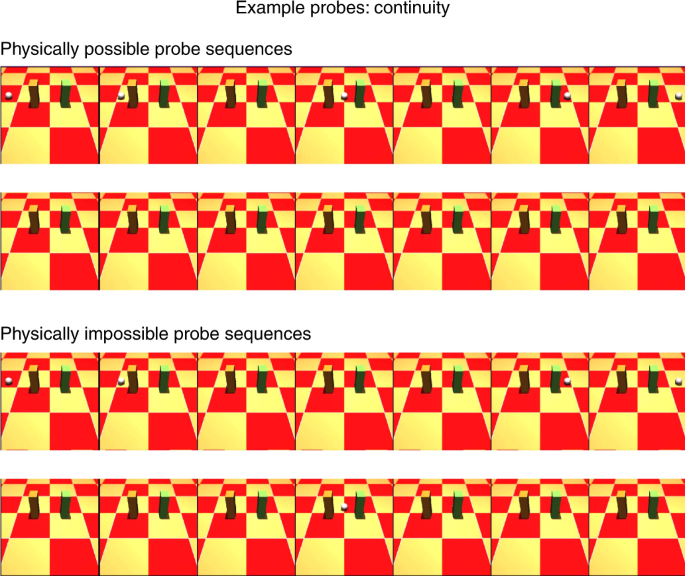 The software model, PLATO (Physics Learning through Auto-encoding and Tracking Objects) was fed hours of video data showing very simple movements involving balls and cubes. This included two balls bounding off each other, balls rolling down a slope, and more. In doing so, the program was able to develop the ability to predict how these objects would behave outside of the situations presented.

PLATO achieved this by developing an internal representation of physical objects that used properties of physics such as positing, velocities, vectors, and more. This resulted in PLATO being able to more and more accurately predict the motion and direction of objects.

After this, the team got to work and began to feed the AI program video data that showed so-called “impossible events.” Just like with the babies in the developmental study, PLATO was shown objects suddenly disappearing. The measure between the video data and prediction provided a measure of surprise.

PLATO seems to be a baby step forward in creating AI that can think like humans. Though, there is still much left to be done.