DO Repeat Yourself: Designing Open-Source Libraries for Modern Machine Learning

Editor’s Note: Patrick is a speaker for ODSC East 2022 this April 19th-21st. Be sure to check out his talk,  Transformers &  Datasets for Research and Production, there!

“Don’t repeat yourself”, or DRY, is a well-known principle of software development. The principle originates from “The pragmatic programmer”, one of the most read books on code design. The principle’s simple message makes obvious sense: Don’t rewrite a logic that already exists somewhere else. This ensures the code remains in sync, making it easier to maintain and more robust. Any change to this logical pattern will uniformly affect all of its dependencies.

At first glance, the design of Hugging Face’s Transformers library couldn’t be more contrary to the DRY principle. Code for the attention mechanism is more or less copied over 50 times into different model files. Sometimes code of the whole BERT model is copied into other model files. We often force new model contributions identical to existing models – besides a small logical tweak – to copy all of the existing code. Why do we do this? Are we just too lazy or overwhelmed to centralize all logical pieces into one place?

No, we are not lazy – it’s a very conscious decision not to apply the DRY design principle to the Transformers library. Instead, we decided to adopt a different design principle which we like to call the single model file policy. The single model file policy states that all code necessary for the forward pass of a model is in one and only one file – called the model file. If a reader wants to understand how BERT works for inference, she should only have to look into BERT’s modeling_bert.py file. We usually reject any attempt to abstract identical sub-components of different models into a new centralized place. We don’t want to have a attention_layer.py that includes all possible attention mechanisms. Again why do we do this?

In short, the reasons are:

1. Built by and for the open-source community

Transformers are built to actively incentivize external contributions. A contribution is often either a bug fix or a new model contribution. If a bug is found in one of the model files, we want to make it as easy as possible for the finder to fix it. There is little that is more demotivating than fixing a bug only to see that it caused 100 failures of other models.

Because model code is independent of all other models, it’s fairly easy for someone that only understands the one model she is working with to fix it. Similarly, it’s easier to add new modeling code and review the corresponding PR if only a single new model file is added. The contributor does not have to figure out how to add new functionality to a centralized attention mechanism without breaking existing models. The reviewer can easily verify that none of the existing models are broken.

2. Modeling code is our product

We assume that a significant amount of users of the Transformers library not only read the documentation, but also look into the actual modeling code and potentially modify it. This hypothesis is backed by the Transformers library being forked over 10,000 times and the Transformers paper being cited over a thousand times. Therefore it is of utmost importance that someone reading Transformers modeling code for the first time can easily understand and potentially adapt it. Providing all the necessary logical components in order in a single modeling file helps a lot to achieve improved readability and adaptability. Additionally, we care a great deal about sensible variable/method naming and prefer expressive/readable code over character-efficient code.

3. Machine Learning is evolving at a neck-breaking speed

Research in the field of machine learning, and especially neural networks, evolves extremely fast. A model that was state-of-the-art a year ago might be outdated today. We don’t know which attention mechanism, position embedding, or architecture will be the best in a year. Therefore, we cannot define standard logical patterns that apply to all models.

Instead, research teams tend to publish a new model built upon previous models but rarely make significant changes to already published code. This is an important realization when deciding on the design principles of the Transformers library. It means that once a model architecture has been added to Transformers, the fundamental components of the model don’t change any more. Bugs are often found and fixed, methods and variables might be renamed, and the output or input format of the model might be slightly changed, but the model’s core components don’t change any more. Consequently, the need to apply global changes to all models in Transformers is significantly reduced, making it less important that every logical pattern only exists once since it’s rarely changed.

A second realization is that models do not depend on each other in a bidirectional way. More recent published models might depend on existing models, but it’s quite obvious that an existing model cannot logically depend on its successor. E.g. T5 is partly built upon BERT and therefore T5’s modeling code might logically depend on BERT’s modeling code, but BERT cannot logically depend in any way on T5. Thus, it would not be logically sound to refactor BERT’s attention function to also work with T5’s attention function – someone reading through BERT’s attention layer should not have to know anything about T5. Again, this advocates against centralizing components such as the attention layer into modules that all models can access.

Now, we explain why we put the asterisk {}^{\textbf{*}}* after “Repeat Yourself”. We don’t blindly copy-paste all existing modeling code even if it looks this way. One of Transformers’ core maintainers, Sylvain Gugger, found a great mechanism that respects both the single file policy and keeps maintainability cost in bounds. This mechanism, loosely called “the copying mechanism”, allows us to mark logical components, such as an attention layer function, with a # Copied from <predecessor_model>.<function> statement, which enforces the marked code to be identical to the <function> of the <predecessor_model>. E.g., this line of over DeBERTa-v2’s class enforces the whole class to be identical to DeBERTa’s class except for the prefix DeBERTav2. This way, the copying mechanism keeps modeling code very easy to understand while significantly reducing maintenance. If some code is changed in a function of a predecessor model that is referred to by a function of its successor model, there are tools in place that automatically correct the successor model’s function.

Clearly, there are also drawbacks to the single file policy two of which we quickly want to mention here.

A major goal of Transformers is to provide a unified API for both inference and training for all models so that a user can quickly switch between different models in her setup. However, ensuring a unified API across models is much more difficult if modeling files are not allowed to use abstracted logical patterns. We solve this problem by running a lot of tests (ca. 20,000 tests are run daily at the time of writing this blog post) to ensure that models follow a consistent API. In this case, the single file policy requires us to be very rigorous when reviewing model and test additions.

Second, there is a lot of research on just a single component of a Machine Learning model. E.g., research teams investigate new forms of an attention mechanism that would apply to all existing pre-trained models as has been done in the Rethinking Attention with Performers. How should we incorporate such research into the Transformers library? It is indeed problematic. Should we change all existing models? This would go against points 3. and 4. as written above. Should we add 100+ new modeling files each prefixed with Performer...? This seems absurd. In such a case there is sadly no good solution and we opt for not integrating the paper into Transformers in this case. If the paper would have gotten much more traction and included strong pre-trained checkpoints, we would have probably added new modeling files of the most important models such as modeling_performer_bert.py available.

All in all, at 🤗 Hugging Face we are convinced that the single file policy is the right coding philosophy for Transformers.

What do you think? If you read until here, we would be more than interested in hearing your opinion! If you would like to leave a comment, please visit the corresponding forum post here. 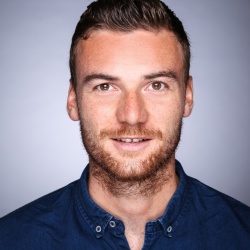 About the author: Patrick von Platen is a research engineer at Hugging Face and one of the core maintainers of the popular Transformers library. He specializes in speech recognition, encoder-decoder models and long-range sequence modeling. Before joining Hugging Face, Patrick conducted research in speech recognition at Uber AI, Cambridge University, and RWTH Aachen University.