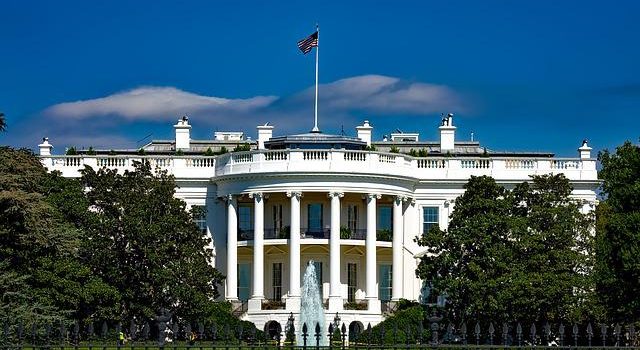 On May 4, 2022, U.S. President Joe Biden signed two executive orders related to quantum computing. Here’s a look at what...

On May 4, 2022, U.S. President Joe Biden signed two executive orders related to quantum computing. Here’s a look at what you should know about this news and how it may affect people currently in data science roles or those aspiring to go into the field.

These two executive orders primarily concern access to information about quantum computing and addressing how quantum computers could pose risks to the nation’s cybersecurity.

Firstly, President Biden will enhance the National Quantum Initiative Advisory Committee, which reports directly to the White House about developments in quantum science and technology. The executive order helps ensure the President, members of Congress and federal agencies will get improved access to quantum computing news that could affect how they do their work.

President Biden also announced his intention to sign a National Security Memorandum related to quantum security. More specifically, it responds to ongoing research suggesting that quantum computers will soon be large and sophisticated enough to break a significant amount of the cryptography that currently keeps digital communications secure.

The National Institute of Standards and Technology (NIST) will target that matter by publishing new cryptographic standards robust enough to resist advancements in quantum computing. However, the executive order also recognizes that transitioning to the new standards will take time and resources.

Dr. Charles Tahan is the National Quantum Coordination Office director and the Office of Science and Technology Policy’s assistant director for quantum information science. He said, “Our future prosperity depends on expanding the capacity of our nation to inspire, educate, train and empower the next generation of talent.”

He continued, “The career opportunities in quantum and related fields are immense, and we are thrilled to work with NSF, industry and educational institutions in the National Quantum Initiative and Q-12 Partnership to reach more young people.”

While making a statement to Nextgov, Tomasz Durakiewicz, program director at the U.S. National Science Foundation, spoke about some of the broader impacts this initiative could have down the line, saying, “The goal of the strategic plan is to summarize the current status of the U.S. quantum information science and technology workforce and make recommendations for the U.S. government, as well as discuss opportunities for other stakeholders in academia, industry and the broader ecosystem.”

These executive orders primarily direct federal employees to prepare for the transition to new cryptography standards. However, since doing that will include engaging with the private sector, it’s wise for people across industries to understand what the executive order might mean for them.

Enterprise-level data encryption requires protecting data in three states by safeguarding it in motion, at rest and while in use. People who have reviewed the quantum computing executive orders recommend that business leaders and IT teams should start making near-term preparations. They say that starting with an understanding of what kind of data a company has and what types of protections it needs is essential.

For example, one person familiar with the matter suggested scrutinizing the current software environment and potential symmetric key vulnerabilities within it. People will then be more able to see how a zero-trust architecture might help increase security, as well as understand how the new cryptographic protocols will fit into it.

Then, anyone with an interest in or current experience with developing cryptographic protocols should consider editing their resumes to include those details now. As federal officials progress with carrying out the executive order, they’ll need to rely on external advice at particular points. Being ready to respond to opportunities for collaboration or projects now will help you more confidently seize them when the time comes.

Getting the United States ready to succeed in the future of quantum computing won’t happen quickly but must occur over time. For now, data scientists and people in related fields should stay abreast of the latest developments and continually assess how those might affect their work soon or in the more distant future.