Django gained popularity among the programming circle in a very short time with its lucidity & clarity which helped developers to write codes & gave them what they wanted in terms of wonderful output.

–  Django is a high-level python-based framework that is widely used to develop powerful codes & sensible designs. Django has a special place in developers’ hearts because allows developers to focus on making apps with minimum effort. It has proven its worthiness as it is used by so many successful tech giants like Nasa, Google, YouTube, Instagram, Dropbox, and Pinterest.

– Django works on an MVT framework which is known as “Model –View-Template” which is a variation for a well-known MVC structure.

How does an MVT Framework work?


-MVT Framework works in a very simple way as the Django server receives the request, the URL router checks the request to the suitable view, the view then grasps the data via models, after that it fills the template and sends it back to the user.

Why do developers love Django?

-Django was created by two programmers while working on Lawrence Journal-World, in Kansas. It was released in 2005 but within a short time, it has a community of more than 16,000 developers. Let’s see why this framework is so awesome.

1) Django has a Well-Established Community:

The best thing about working with the opensource community is you can analyze and choose what other developers have contributed up to now. If we talk about Django, it contains tons of useful APIs and plugins which will help web developers to connect the dots, and the good news is developers can use those plugins so many times. If you want to use those plugins in your project and have no clue how to do it, you can hire dedicated programmers and get your work done.

Django supports rapid application development, which gives developers an advantage i.e. they can write code without repetition so that they don’t have to start from scratch every time they write new code.

3) Django is a Batteries Included Framework:

Django is honored to be a “Batteries Included framework” which means that this framework contains lots of out-of-school stuff that helps developers in so many ways. i.e., rather than writing their own codes, developers can use relevant packages. It will make developers’ life easy.

Nowadays security is a prime concern for any framework as hackers get smarter day-by-day. When it comes to Django, it offers increased security to developers as it avoids common security issues like:

Django’s community is very active as they are regularly releasing security patches and it usually responds to security queries and updates on frameworks.

Like the Laravel framework, Django also sends data via a very secure GET Method which encrypts all crucial data with an encrypted long key that makes Django ultimately secure and robust.

Django has an edge over other frameworks because it can handle enormous amounts of web traffic & web APIs, as it is being used by 450+ million users, helping them boost scalability while keeping web hosting costs to a minimum.

Django is based on a flexible architecture that provides an opportunity to link it with any sophisticated hardware which can manage any change with bare minimum changes in other components.

It is the main reason why Django has been chosen to build the fastest websites and apps like Instagram as it offers total control over CDNs.  CDNs are content delivery networks that are special servers having content, multimedia, & resources relevant to webpages. CDNs are useful due to their geographical locations near the client, helping to deliver a rapid response to the client’s request.

Django has a huge collection of libraries, and developers are using it as a content management system. With the help of its awesome admin interface, setting up CMS (Content Management System) is a cakewalk.

Django is using an MVT Framework meaning it has an edge over the other frameworks due to its fast processing time. When you connect your web pages to the internet, it transmits data to the internet with less hustle, making everyone happy.

Usually, web pages built with other frameworks slow down gradually as the amount of traffic and code increases but with Django, webpages will not lose their speed.

Nowadays with the digital revolution, it’s crucial to be on the first page of Google with other websites. With the help of Django, you can do that, as python is well-known for its human-readable codes. You can make your URLs and links extremely SEO-friendly with relevant keywords and keyphrases.

Django is highly-valued thanks to its Objects Relational Mapper (ORM), as it’s very helpful to developers to interact with more than one database at a time. Also, ORM consists of useful libraries that move data and stored data in databases, such as with Postgrad SQL and MY SQL objects used in application code.

Django has improved drastically with community members contributing to the higher quality level. Organizations choosing Django as a framework will definitely aim to achieve unbelievable heights. In order to make your organization’s profit 2x choose Django as your web framework. 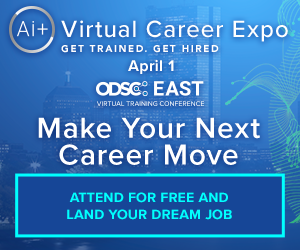 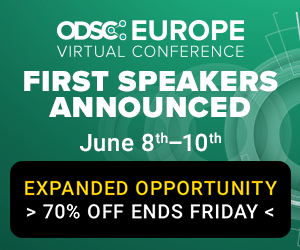