How AI is Learning to Play Dota 2 – and Win

In August, a team of bots developed by California-based AI company OpenAI competed against some of the world’s best human players...

In August, a team of bots developed by California-based AI company OpenAI competed against some of the world’s best human players at Dota 2. The bots took on two leading (human) Dota 2 teams, paiN gaming and Chinese Legends, in two demonstration matches at The International 8, the annual Dota 2 world championship held this in Vancouver. Although the bots lost both matches, their play is being hailed as a major AI success.

Dota 2 is a multiplayer online battle arena (MOBA) video game produced by the Washington-based game developer Valve Corporation. The name originally stood for “Defense of the Ancients,” an immensely popular mod for Blizzard Entertainment’s Warcraft III dating back to 2003. Released in 2013, Dota 2 is a standalone game that serves as a modernized sequel to the original DotA mod. Since then, Dota 2 has become one of the most popular online multiplayer games of all time, with up to one million players online at any given time. 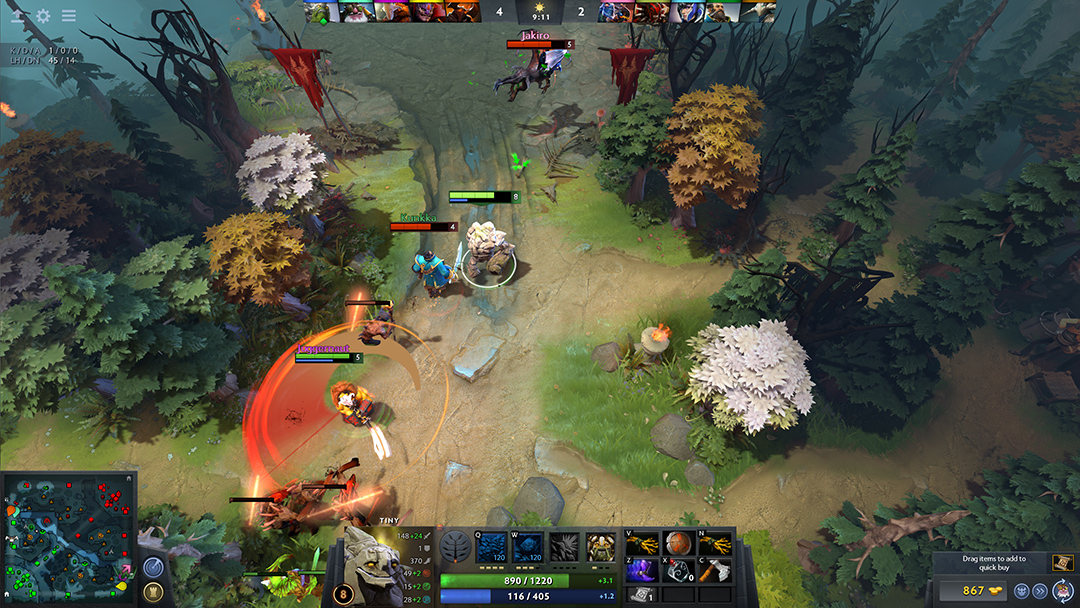 In Dota 2, two teams of five players compete to destroy the opposing team’s “Ancient” – a large structure near their starting point on the map (the “arena”) – whilst defending their own. The ten players each control one of over a hundred characters known as heroes, all with unique strengths, weaknesses, and abilities. In addition to their core abilities to deal damage against the opposing team and its Ancient, heroes can also accumulate experience points and collect items throughout the map to upgrade their combat abilities. Thus, winning teams must build a strategy that incorporates hero selection and synergy, experience and item gathering, combat skills and abilities, knowledge of the map, and (if available) information on the opposing team. At the highest levels of competitive Dota 2, top teams are composed of full-time professionals who “theorycraft” around optimal strategies for various heroes and maps and spend months and years practicing to face off against other leading players at tournament events.

Dota 2’s complexity and popularity have made it the focus of some of the world’s leading AI experts at the renowned non-profit OpenAI. Founded in 2015 by Elon Musk and Sam Altman, president of the Y Combinator, OpenAI’s mission is to build safe “artificial general intelligence” – a machine that can perform any intellectual task that a human can. By building AI’s that succeed in complex and dynamic games like Dota 2, the company believes it can bring humanity closer to the ultimate goal of making AGI’s that function in the messiness of the real world.

OpenAI Five is a team of five neural networks based on a massively-scaled version of “Proximal Policy Optimization,” a type of reinforcement machine learning designed by OpenAI. The bots are trained to maximize the exponentially decayed sum of future rewards with data produced entirely from self-play. Essentially, this means the bots are playing against themselves to “learn” to behave in ways that maximize their chances of winning. Of course, there are several factors that make this training process an incredibly difficult task. Here are just two:

In the months leading up to International 8, OpenAI Five beat a number of amateur and semi-professional Dota 2 teams. But the team fell short at the world championship, losing against the pros of the Brazilian team paiN gaming and the Chinese Legends. Both games began with strong starts by OpenAI Five, the bots executing tasks and strategies with extreme precision. Commentators noted how the bots’ behavior differed from the top human players. Mike Cook, an AI games researcher told Verge, “Often, the humans would win a fight and then let their guard down slightly, expecting the enemy team to retreat and regroup. But the bots don’t do that. If they can see a kill, they take it.” But when the human teams took the lead further into the matches, the bots faltered, seemingly unable to make the kinds of risky plays necessary to help them come from behind. Some observers have speculated that the AIs’ reward programming makes them prefer play styles that offer higher-certainty, smaller-sized rewards in lieu of the low-probability, high payoff plays that are often necessary to swing the game. By the end of both matches, the humans were far ahead of their machine adversaries.

Does this mean that AI has met its match? Not at all. With more data and more training, especially that collected during the matches against the pros at International 8, the bots will return even stronger in future Dota 2 tournaments. Their progress will be well worth watching for those interested in the ultimate dream of artificial general intelligence.