How Developers are Driving Innovation Through Open Source Economy

Accelerate AI43
Agile may have started as a manifesto for software development in 2001, but its reach has expanded to include all parts...

Agile may have started as a manifesto for software development in 2001, but its reach has expanded to include all parts of software organizations, even at scale. So how is this new generation of millennial Agile developers driving development through the open source economy? Let’s take a look.

The Influence of Developers

According to IBM Head of Developer Ecosystems, Mo Haghighi, a new generation of Agile developers is driving faster, better innovation. Big companies are turning to developers more than ever to influence purchasing decisions and decide major ecosystem issues such as primary language and systems. 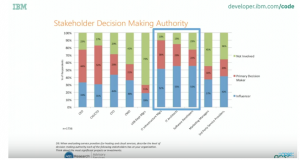 Developers are driving these innovations because of the speed and efficiency of development outside the confines of traditional hierarchies and plans. Companies are actually sourcing developers already working with existing open source codes to find their next big drivers.

Haghighi pointed to a recent headline as an example. Developer David Markley purchased an Amazon Echo in 2016 while still in college and took up Amazon’s open source call, creating a simple Alexa skill, “Word of the Day.” It received considerable support, particularly in South Korea.

[Related article: 6 Ways Businesses Can Incorporate AI Into Their Products] 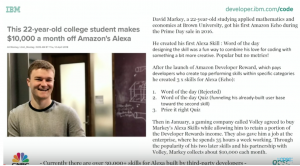 The skill was ultimately rejected by Amazon, but he pivoted his audience and code to create a word quiz, which was accepted. From there, he used the response to the quiz to create “Price It Right,” another interactive game. The game consisted of two simple skills with two simple interactions, but companies were paying attention. He’s now making $10,000 per month working with a company who headhunted his skills directly from his open source activity.

The Role of Open Source

So what does this mean for developers? Open source development is driving innovation through crowdsourcing. It’s Agile on a large scale, using people center interactions to create flexible solutions for what customers really want.

Haghighi mentions Mycroft AI, an open source AI solution currently rivaling much larger services like Alexa and Siri. It’s free to download and use, and more than 700 developers are already taking advantage of it. 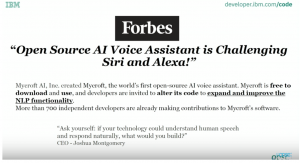 “If your technology could understand human speech and respond naturally, what would you build?” Joshua Montgomery, CEO

Open source is proving to be the next wave of Agile. It may seem counterintuitive to those accustomed to proprietary solutions of the past, but Open Source can actually be a massive driver for profit margins. 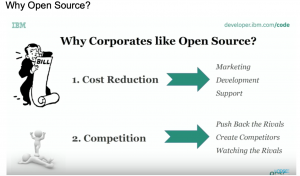 The Developer’s Problem: How To Monetize 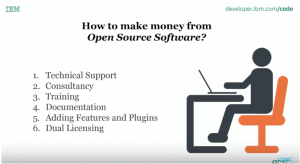 You can’t make a living on free, open source alone. For open source to be sustainable, you have to monetize. Fortunately, companies will gladly pay for premium versions of free software because it offers them assurance. Haghighi mentions WordPress, an open source web host that gives the average user plenty of free functionality but also provides enterprise solutions through massive paid subscriptions.

So why start in Open Source at all? Developer motivation for using open source instead of jumping to an enterprise solution right away aligns with all the principles of the original Agile Manifesto.

How To Make Money

The practical side of making money from your open source software centers around support. Companies want scale and enterprise solutions they can’t get from community documentation and are willing to pay top dollar for it. Haghighi suggests offering:

Haghighi stresses that you can’t just throw up a paywall and leave it at that. Monetizing the right way is the only sustainable solution to making a living through open source development. The biggest piece to remember is building a community first. 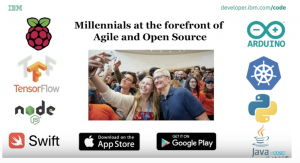 Community drives the initial innovation through all the things mentioned above – documentation, innovation, learning, and feedback — using Agile principles to build robust solutions to everyday problems. Once a community is established, pivoting to a premium offer happens naturally.

Don’t charge too soon, Haghighi says, because open source paves the way for your code and solution to develop naturally over time and for premium solutions to solve problems your customers are actually having. You may lose out on valuable market research and valuable development time by taking open source off the table too quickly.