Artificial Intelligence10
When you want to influence behavior, but you don’t want to restrict freedom of choice, you might take advantage of something...

When you want to influence behavior, but you don’t want to restrict freedom of choice, you might take advantage of something behavioral science calls “nudging.” While most of us believe that humans behave rationally, nudge theory believes that humans are often irrational, making decisions based on influence and priming.

The truth is, we often go against what we know to be in our best interest, making decisions based on situated models of cognition, meaning we’re actually highly influenced by things going on around us.

With AI transforming almost every aspect of our lives, it only makes sense that AI is also helping “nudge” us to make certain decisions. Philosopher Dr. Karina Vold sheds light on how AI nudging is different than traditional human model nudging and what that means for us.

How Do We Make Decisions? 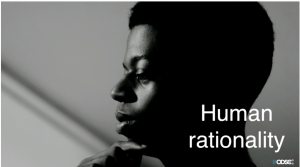 Built-in biases help speed up decision making, so nudging can take advantage of that to help influence decisions. Telling someone that smoking can cause cancer may not deter people from smoking. What does help is showing pictures of diseased lungs, which tap into our cognitive biases.

Thaler and Sunstein believed that nudges help intervene in people’s behavior, but never removes a restriction of choice. It only makes you more likely to choose one particular thing over another. For example, healthy food on eye level can encourage people to buy healthier foods while putting candy in smaller packages discourages us from buying too much sugar.

What Is AI Nudging? 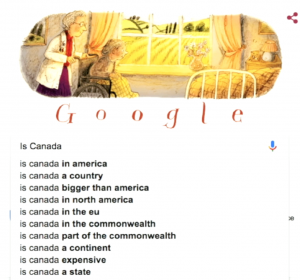 AI is a big part of nudging now with the advent of constant exposure to technology. For example, Google’s suggested searches could be nudging because as Google autofills, you could be gently encouraged to click on certain choices.

Netflix is engaging in a type of nudging as well by setting episodes to begin automatically. You could spend minimal effort to stop the video, but we are more likely to move on to the next episode because of that gentle influence. Youtube does this as well with the added element of an algorithmic based choice in what video to play next.

This AI nudging is any aspect of the digital architecture that influences someone’s behavior. It’s the same principle, but using aspects of digital choice architecture to perform that nudge. 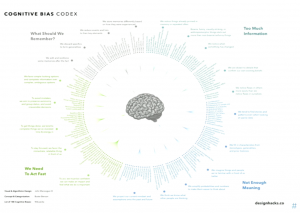 While AI nudging is slightly different than the way traditional nudging takes advantage of natural cognitive biases, in a lot of ways it’s implemented in the same way. Here are a few ways Dr. Vold says that AI nudging isn’t truly different:

So is there anything different about AI nudging? While some of the methods still reflect traditional nudging, Dr. Vold believes there are key differences with the introduction of AI:

There is no neutral interface, no neutral feed. Ethically, what can we do about this and how should we be thinking about these issues? To determine when nudging might be acceptable or warranted, we have to consider context.

Issues with AI nudging will affect this context in the following ways:

How Can We Nudge Back? 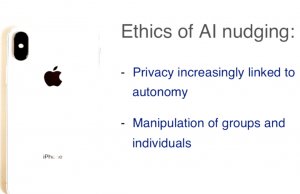 Philosophers are working on the ethics of AI nudging within the sphere of its differences. It’s important to consider how AI nudging can be used ethically since Dr. Vold believes that it is no longer possible to refuse nudging. We know that everyone around us is being nudged, so it’s less about refusing to be nudged and more about knowing when and how this nudging is taking place.

We can’t address AI nudging exactly the ways we do traditional nudging. Moving forward, we’ll have to consider the differences to maintain our autonomy and reduce the amount of harmful nudging through the long reach of AI.