Editor’s note: Jennifer Davis is a speaker for ODSC West 2022 coming this November. Be sure to check out her talk, “Large Scale Deep Learning using the High-Performance Computing Library OpenMPI and DeepSpeed,” there!

This article covers the use of the message passing interface (MPI) and Microsoft’s DeepSpeed to execute deep learning with parameter-heavy workloads.  DeepSpeed (which uses the message-passing interface) is optimized for models of upwards of a trillion parameters.  We will review briefly how MPI works to speed up code and go over a canonical example of calculating Pi.  Afterward, we will discuss applications of DeepSpeed and its ZeRO algorithms. The article is high-level material geared towards data scientists.

High-performance computing is necessary for many industries as data growth has occurred exponentially. In contrast, the turnaround time for machine learning and deep learning analyses and products remains relatively tight in today’s competitive markets.

DeepSpeed running with MPI is helping data scientists build smarter and deploy faster. These technologies apply to a wide range of industries and use cases from distributed training of deep learning models to large-scale simulations. Every data scientist should have a basic understanding of high-performance computing methodology and implementations.

What is OpenMPI, and how is it connected to High-Performance Computing?

Distributed systems are complex.  Handling communication, memory, message exchange and tracking what operations are taking place within a distributed system can be difficult.  MPI manages these tasks for the user.  Using the message passing interface (MPI) via the open source library OpenMPI accomplishes this with minimal effort and enables model parallelism in shared memory scenarios.

Model parallelism works best for running computations or models across multiple machines (i.e., multiple CPUs or GPUs). To accomplish model parallelism, both the data and models need correct partitioning via correctly written code and library usage.  OpenMPI manages the communication, synchronization, and data transfer amongst machines in this paradigm. Performing parallelized machine learning computations using OpenMPI requires that data exist in batches spread across machines and parameter updates are centralized on a parameter server. The machine learning model installed on each machine then trains or infers across the batched data. The parameter gradients go to the server, and the current values of model parameters are updated. An illustration of this method of training over sharded datasets is below(1): 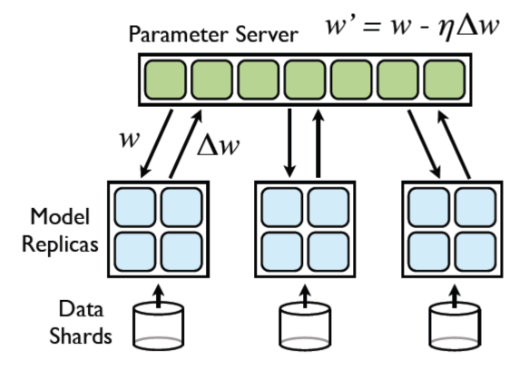 Our second example, the library mpi4py, is used as a Python API to OpenMPI. We apply the concept of shared data calculations of Pi. Notice that there is a file code (where the data for Pi calculations is distributed among workers). The calculation is accomplished together by the workers. The increase in speed is significant at almost 5x faster than calculating Pi without MPI. Using OpenMPI with six GPUs (AWS instance: g4dn-16xlarge, 32 CPU cores, 256 GB memory)  takes under 10 seconds.

Contents of the cpi.py file are shown below:

The above trivial example illustrates the power of OpenMPI and parallelism. This technology forms part of the backbone of a new library released by Microsoft in 2020 called DeepSpeed.

DeepSpeed and the Zero Redundancy Optimizer

In our workshop at ODSC West 2022, we will leverage DeepSpeed for a simple computer vision model and a significant language summarization model (based on the DailyMail news stories dataset). These powerful techniques are presently used in proteomics, news summarization, and other industry-specific applications.

What you will learn

This two-hour workshop will be divided into a lecture, a discussion, and a hands-on tutorial. We’ll cover the basics of machine learning with DeepSpeed, and OpenMPI using the Python programming language. We will briefly discuss using OpenMPI and the R programming language. Still, all exercises will be in Python.  Come join in and learn how you can up your machine learning and deep learning work using the high-performance computing tool OpenMPI and deep learning distributed computing tool, DeepSpeed.

About the Author/ODSC West 2022 Speaker: 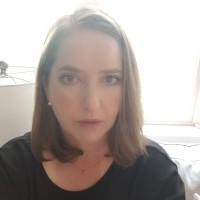 Dr. Jennifer Davis is a Staff member of the Field Data Science Team at Domino Data Lab, where she empowers clients on complex data science and deep learning projects. Jennifer completed two postdocs in computational and systems biology, trained at a supercomputing center at the University of Texas, Austin, and worked on hundreds of consulting projects and training with companies ranging from start-ups to the Fortune 100. She previously presented topics at conferences such as the Association for Computing Machinery on LSTMs and Natural Language Generation, IEEE on Computer Vision, and ODSC-West on Reinforcement Learning, as well as conferences across the US and Europe. Jennifer was part of a panel discussion for an IEEE conference on artificial intelligence in biology and medicine in 2017. In 2022 she presented some of her work that leverages distributed computing at the IEEE Engineering in Medicine and Biology Conference.