Legislation Limits NYC Drivers, But is Data Science Needed to Fix the Industry?

Government6 uber1
Taking a cab is now more of an expression than a reality with changing dynamics in the transportation industry; however, recent...

Taking a cab is now more of an expression than a reality with changing dynamics in the transportation industry; however, recent New York legislation changes take a stand against the decline of driver salary. But, without data science, they may not find the true solution.

On Aug. 14, New York City Mayor Bill de Blasio signed into effect a new legislation to cap the number of ride-hailing vehicles on its busy roads and to set minimum wages for drivers. This legislation follows a movement from the Independent Drivers Guild to provide a better standard of living for drivers after years of declining salaries.

While this legislation will balance the supply of vehicles in the city, these new policies seem to be short-term fixes that sidestep the disruptions in the industry.

Since the rise of ridesharing applications like Uber and Lyft, taxis have faced stiff competition with the convenience and rising popularity of these services. In July of last year, the New York Times reported that Uber surpassed taxis by the daily number of rides in New York City with Uber fulfilling 289,000 rides each day while taxis fell slightly behind at 277,000 trips. This discrepancy has continued to rise since.

From an early stage, companies like Uber have taken advantage of data science to create efficient practices.

“Data has always been fundamental to Uber’s story as a business,” wrote Head of Uber Data Science Platform Kevin Novak in a Medium article.

In its first year, Uber Data Science went from two to 35 people, allowing the company to implement features such as uberPOOL, which matches riders going in the same direction for a reduced price, or Geosurge, Uber’s pricing system that adjusts based on location and time. With the launching of Uber’s Data Science Workbench just over a year ago, the company continues to commit to analyzing and making more effective operational decisions based on its data. This workbench created a single graphical user interface for the various data scientist throughout uber to explore, analyze, visualize and query data with different tools such as RStudio, Jupyter Notebook, and others.

Of course, the rapid growth of Uber has provided resources for such tools to be possible, yet perhaps their commitment to data science can serve as an example for the rest of the industry.

On one hand, taxis can adopt techniques similar to Uber. Philadelphia, for example, launched 215GetACab towards the end of last year, which is an application for users to request and pay for a cab without the price changes that other app companies use. In similar fashion, The New York City Taxi and Limousine Commission recently launched a Flexible Fare Pilot program at the end of June that appears to be moving in this direction.

The Flexible Fare Pilot program is an application that allows riders to receive a quote before booking a for-hire vehicle, thus giving the opportunity to compare the price with other services.

However, the majority of taxi programs throughout the country have yet to commit to research in data science to improve their service.

Toyota, JapanTaxi, KDDI Corporation, and Accenture announced a pilot program in Japan earlier this year that may offer the needed technology upgrade for the industry. The new program will create a taxi dispatch system that uses artificial intelligence and data such as past rides and smartphone data to predict demand. Participating taxis have a tablet that shows a map with information on the predicted number of occupied and unoccupied taxis in the area, thus allowing drivers to find higher demand with less available drivers.

Vehicles with this system saw an average increase of 9.4 percent since the beginning of testing in February 2018. Later this year, the companies plan to release the software for larger use.

These statistics are mostly available to taxi companies throughout the world; however, few have actually taken advantage of it. The New York Taxi and Limousine Commission already publishes its trip data online, though this data has yet to be analyzed to the same degree of this Japanese initiative as well as Uber’s data science operations. Could this provide a more sustainable way to compete with data science heavy companies by taking advantage of the abundance of smartphone data? We will see as companies begin to release more data, and other organizations come forward to provide the technology needed to do something about it. 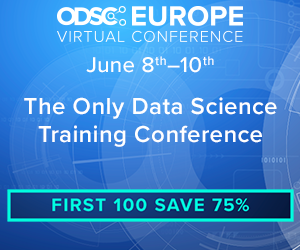