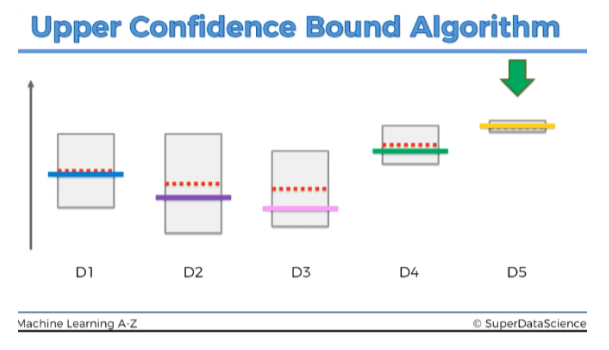 Addressing the audience at Open Data Science Conference 2017 in Boston, Kirill Eremenko and Hadelin de Ponteves stepped listeners through a collection of different machine learning techniques spanning a wide breadth, explaining the basics behind each to get users off the ground.

This is a great tutorial for getting the general outline of how different popular machine learning algorithms work, plus some code recipes you can use if you want to experiment. Read on for a brief on some of the topics they covered.

Eremenko and Ponteves start by outlining some of the different branches of machine learning, as follows:

After this explainer, Eremenko and Ponteves get down into the nitty-gritty, running models built with Scikit-Learn on practice datasets. If you want to follow along, you can download their test datasets here.

When watching their live code, I recommend paying attention to their recipe. They use a fairly standard pattern that you’ll see with most machine learning libraries, and especially Scikit-Learn, which breaks down like this:

This very simple technique gets state-of-the-art performance on many problems. It’s arguably less sophisticated than the single-layer perceptron, yet will often outperform it. If you have a classification problem, this will usually be your go-to.

For Eremenko and Ponteves’ explanation, fast-forward the video to 6:20. For their live code, go to 12:45.

The Bayes Classifier is a very simple model that exploits Bayes’ Theorem to predict an outcome given prior knowledge.

For a quick refresher on Bayes’ Theorem, let’s restate it here:

Using this rule, we can make predictions on what class an observation will be. Say we have three types of evidence, A, B, and C, and two outcomes, X or Y. We want to predict whether we’re looking at an X or a Y based on whether A, B, and C are true or false.

To do this, just count up the number of examples for which A is true, and divide by the total number of examples; that’s your P(A). Repeat that to get P(B) and P(C). From here, we can predict the likelihoods of X and Y:  P(X | A,B,C)  and P(Y | A,B,C). Just pick whichever one is more likely to get the final prediction, and you’re done!

Eremenko and Ponteves point out an interesting technique for making this work on continuous variables, where A, B, and C won’t always break down as true and false. Say they’re all continuous variables; just draw a hypersphere around your point (a circle in two dimensions) with some predetermined radius r. Any point that is in this sphere will be counted as an instance for each of the variables for a given label. For example, if a point is an X, create a true example for A, B, and C when considering the probability of observing X, then divide the number of true examples by the number of points that are in the hypersphere. Use that to get your priors, then you’re off to the races!

For their live coding example, fast-forward to 31:30.

The kernel support vector machine is essentially the same as the standard SVM, with a cool trick that allows it to discover non-linear decision boundaries.

Instead of using the data as-is, we throw our data into something called a kernel. The kernel is any function that takes an input with a given dimensionality and returns an output with higher dimensionality, effectively adding more features to your examples.

This can mean tacking an extra 1 onto the end of every input vector, though this won’t have any effect and will likely just make the model less accurate. Instead, there are a number of tried-and-true kernels that can be used, most notably the Radial Basis Function kernel.

Once the data is in a higher dimension, we run our SVM on the new data. It’s the exact same process as the regular SVM, only we’ve transformed our data. We then use predictions from the higher dimensional data to classify the corresponding point in the lower dimensional space.

To clarify, an example x of length d goes into the kernel and comes out as x` with at least length d + 1. We train the SVM on all of our x` examples. Now when we want to predict a new point, we repeat the process and return the classification that pops out of the higher dimensional model. That’s all!

For their explanation, fast-forward to 37:25.

Recall the general setup for reinforcement learning: we have well-defined actions that we can take, so we let the machine figure out how to maximize its reward based on the consequences of those actions.

The Upper Confidence Bound algorithm is a formalization of this idea, where the machine attempts to determine a single action it can take that will maximize its expected return.

This is best understood when framed as the Multi-Armed Bandit Problem. Imagine you have five slot machines and want to figure out which one will give you the biggest returns. An A/B test is too expensive here – testing each machine hundreds of times and comparing the results is prohibitively expensive. Instead, we want to see if we can make some money at the same time we’re honing in on the winner.

At the beginning, we have the same expected value of pulling the lever on any machine, and the same confidence interval for each. The following is a frame from Eremenko and Ponteves’ slideshow: 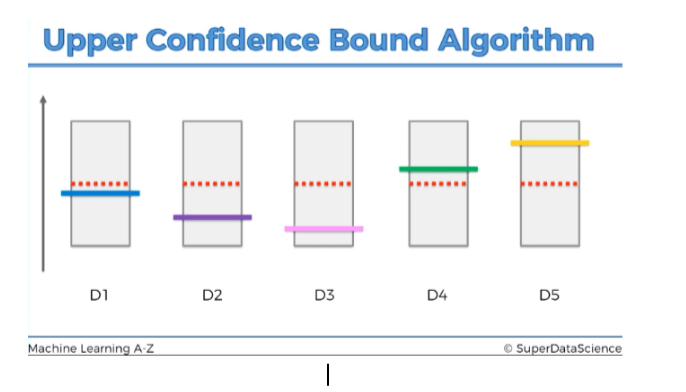 Say we pull the lever once – and nothing happens. We lose a little money, so our expected value of pulling the lever decreases. 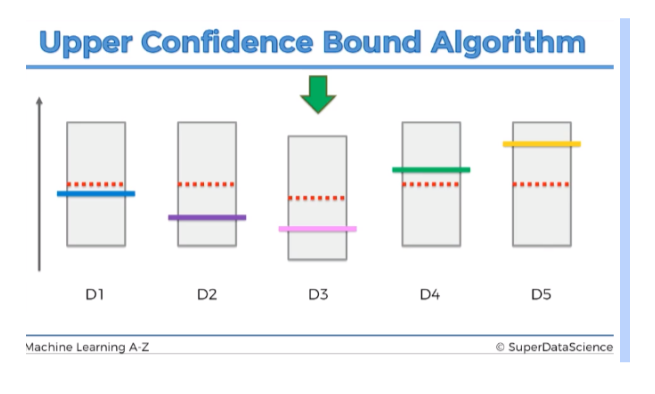 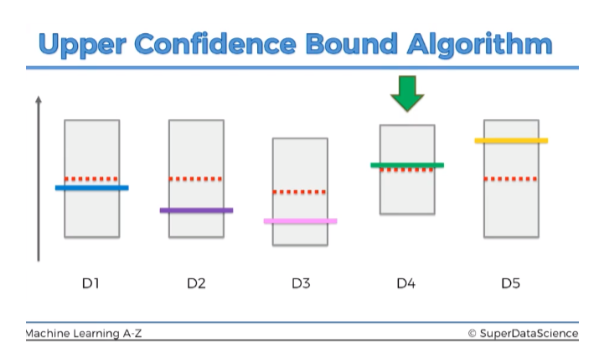 That worked! We pulled the lever and got a return, so our ‘investigated’ expected value goes up. The up confidence bound still shrinks though; it is now lower than three other machines, so we pick one of those three and proceed.

We keep doing this over and over again, picking the machine that we think has the highest possible return based on the upper confidence bound. This will slowly shrink the bounds and adjust our investigated expected value towards the true expected value. 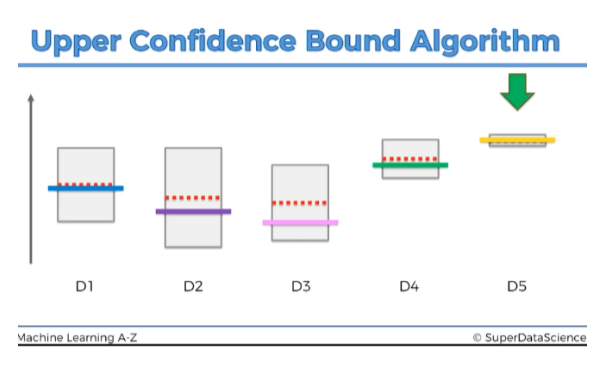 These are just a few techniques you can use to derive insights from data, but they are fairly instructive when it comes to how most algorithms work. Most problems boil down to drawing a hyperplane to separate your data, whether it’s probabilistic like a Bayes Classifier or deterministic like a Support Vector Machine.

There are lots of subtleties to each of these approaches that a one-hour video can’t capture, and which you’d do well to learn. However, if you’re just earning your sea legs in machine learning, these models will take you a long way.

The PileModelingposted by ODSC Team Jan 21, 2021

You’ve opened a business and it’s grown. You opened one or two more locations in places...