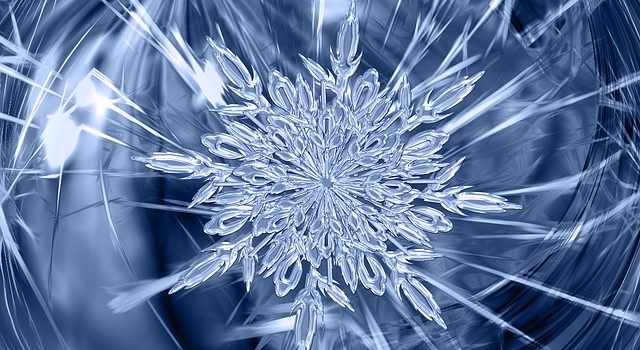 Artificial intelligence has now given us a peek into how the quantum universe and its odd behavior. A team of researchers...

Artificial intelligence has now given us a peek into how the quantum universe and its odd behavior. A team of researchers based at Princeton University has applied artificial intelligence to accurately simulate the initial steps of how ice forms. What’s remarkable is that this level of accuracy was thought to be unreachable due to the amount of computing power required to process all the variables.

Thanks to the researchers using deep neural networks, they were able to give us a glimpse of what goes on in our universe at the smallest scales. What made the use of AI work was how the deep neural networks were able to allow researchers to track the activity of hundreds of thousands of atoms over a period of time that was hundreds of times longer than earlier studies. Though, in reality, the measurements are in fractions of seconds.

The paper was published in the journal Proceedings of the National Academy of Sciences. As you can imagine, with a breakthrough such as this, the researchers were excited. Roberto Car, a Professor in Chemistry, who co-pioneered the approach of simulating molecular behaviors based on the underlying quantum laws more than 35 years ago stated, “In a sense, this is like a dream come true…Our hope then was that eventually, we would be able to study systems like this one, but it was not possible without further conceptual development, and that development came via a completely different field, that of artificial intelligence and data science.”

Athanassios Panagiotopoulos, the Susan Dod Brown Professor of Chemical and Biological Engineering and a co-author of the study also stated, “The deep potential methodology used in our study will help realize the promise of ab initio molecular dynamics to produce valuable predictions of complex phenomena, such as chemical reactions and the design of new materials.”

What was accomplished of learning how ice forms will have an impact in many fields, outside of chemistry. For example, this new approach will enable the improvement of weather prediction, climate modeling, and even food processing methods such as flash freezing.  Princeton’s Dean for Research, Pablo Debenedetti, expanded on the use of this new method, “Ice nucleation is one of the major unknown quantities in weather prediction models…This is a quite significant step forward because we see very good agreement with experiments. We’ve been able to simulate very large systems, which was previously unthinkable for quantum calculations.”

Thanks to the team’s use of artificial intelligence, they potentially unlocked accuracy models that can not only improve climate tracking and prediction, but also enhance food security in the future.