East 202048 Software Engineering2
The content in this post was presented as a talk at ODSC East 2020. The slides from that presentation are available...

The content in this post was presented as a talk at ODSC East 2020. The slides from that presentation are available here.

Data science is a relatively new field and practicing data scientists come from a wide variety of backgrounds. This is a great thing for the field because the problems being solved with data science are diverse. However, a lot of data science education focuses on teaching algorithms and techniques for small projects that are developed over hours or weeks, and are much smaller in scope than projects developed in industry.

Projects in the industry are highly collaborative and need to stand the test of time. There are a number of situations where work on a project gets difficult such as:

Most technology workers are familiar with the concept of “but it works on my machine,” but it’s a phrase that we definitely want to avoid. By learning some best practices from software engineering, data scientists can write code that is reproducible and understandable. In this post, we’ll briefly describe the concepts of dependency management, version control, and coding standards and how they’ll make your job a lot easier.

Dependency management comes from the idea that it should be easy to install everything you need to run multiple projects on any computer. This is valuable to:

In the Python ecosystem, some of the most popular dependency managers are virtualenv, venv, pyenv, and pipenv. In the R ecosystem, there’s Packrat and renv. There are even some language-agnostic tools such as conda. While every dependency manager has pros and cons, your setup can get complicated if you attempt to use more than one. The important thing is to choose a dependency manager that you like, learn how it works, and then use it consistently every time that you start a new project.

When you make a change to a set of files in Git it’s called a commit. Your commits include commit messages and these are your opportunities to provide context to the changes you’re making. Using commands such as `git log` and `git blame` you should be able to answer questions such as “When was a change made?”, “Why was a change made?”, and “Is there additional context I can look up about this change?” (usually, additional context comes via a link to an issue tracker). There are many great guides to writing good Git commit messages, such as this one by Chris Beams.

Coding standards refer to the practice of establishing rules with your team about how your code is structured and what processes you need to follow. Setting standards will make it easy for you to jump into code or projects that were created by other members of your team. They should also encourage best practices and catch bugs. At a minimum I would create standards around:

I believe that three three software engineering best practices I’ve presented should be adopted by all data scientists. Use a dependency manager so that your environment is reproducible, version control so that your project’s history is traceable, and coding standards to make it easy to navigate your projects. Manage your data projects like a software engineer and start reaping the benefits! 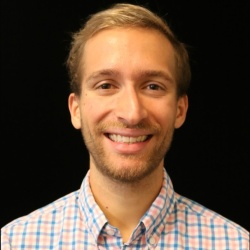 Michael Jalkio is a data engineer at Amazon in San Diego. He works in the Buyer Risk Prevention team, whose mission is to keep Amazon stores safe and trustworthy by protecting customer accounts from takeover, fraud, and abuse. Before joining a “big tech” company he worked on an enterprise data warehouse migration project at Petco, and helped build the data science team at a startup called Classy. He’s most passionate about doing work that makes a positive impact and helps give everyone in the world equal opportunity to do what they love.