Model Interpretation: What and How?

model interpretation1
Editor’s note: Brian is a speaker for ODSC West in California this November! Be sure to check out his talk, “Advanced Methods...

Editor’s note: Brian is a speaker for ODSC West in California this November! Be sure to check out his talk, “Advanced Methods for Explaining XGBoost Models” there!

As modern machine learning methods become more ubiquitous, increasing attention is being paid to understanding how these models work — model interpretation instead of just model use.  Typically, these questions come in two sorts of flavors.

In question 1, we are trying to get a general understanding of the mechanisms behind the model.  For example, suppose we have an algorithm to predict the value of a house, which looks at a dozen or so factors.  An “explanation” might be something along the lines of:

“The primary factors are the square footage of the house and the wealth/income of the neighborhood at large.  The condition of the house is also important. Other factors such as the number of bathrooms, size of the lot, and whether it has a garage are somewhat important.  The rest of the variables have a relatively minor impact.”

Often, people wish to make statements such as “variable X is more important than variable Y”.  One caveat to statements such as these is that one needs to consider both the magnitude and the frequency of the impact.  For example, imagine a world where half the houses have 2-car garages and half have -car garages, and 0.1% of the houses have luxury swimming pools.  All else being equal, a house with a 2-car garage is worth $20,000 more than the 1-car garage counterpart, but a luxury swimming pool adds $150,000 to the value of the house.

Which variable is more “important”?  The swimming pool has a higher magnitude of impact, but a much lower frequency (more precisely, the variable corresponding to the swimming pool has lower entropy).  There are any number of ways to combine the two factors into a single number, but you will always lose something significant in doing so. 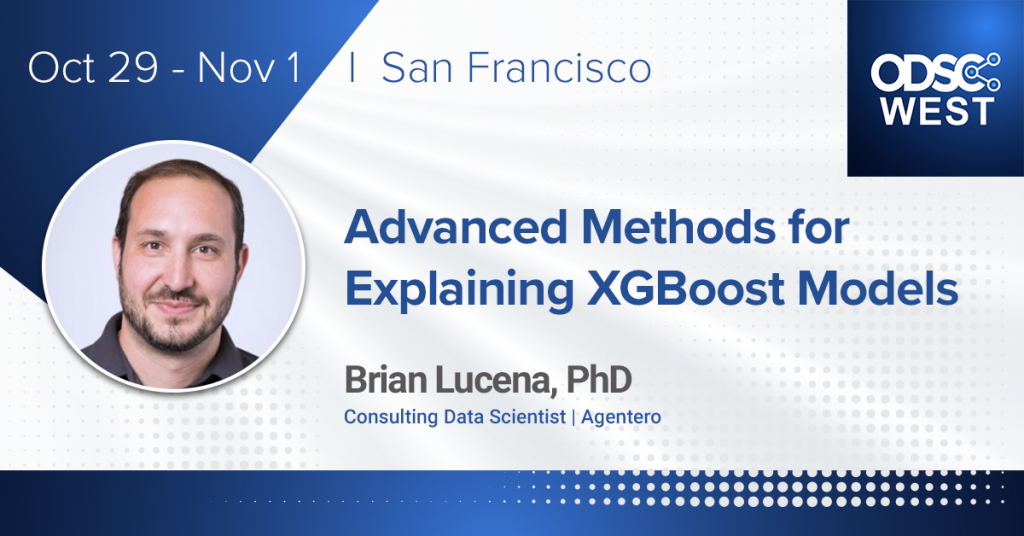 One way to get a feel for “how” a model is doing its reasoning, is to simply see how the predictions change and you change the inputs.  Tools such as Individual Conditional Expectation (ICE) plots precisely examine this. Here is an example of an ICE plot for how the year built of a house affects the model’s assessment of its sales price. 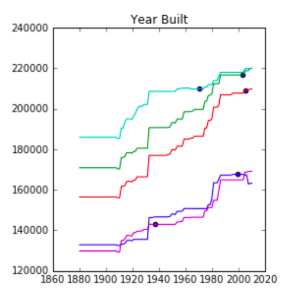 Some care must be used when evaluating ICE plots, as they may take the model into an area in feature space where there is little data, and thus the predictions are unreliable.  Still, they can be a useful tool in model understanding.

In question 2, we are confronted with a prediction on a simple example and desire a “justification” for the conclusion of the model.  Colloquially, we want to know “Why is that house so expensive?” (from the model’s point of view). The kinds of answers we are looking for are “It’s a 5,000 sq ft mansion!” or “It’s in downtown Manhattan!”.

Beyond a simple reason, we might want something closer to what a real estate agent or professional appraiser might give.  Typically, they may start with a baseline estimate, such as “The average house price in the U.S. is $225,000.” Then, from there they would highlight the aspects of this particular house that make it different from typical.  “Your town is a bit more expensive than other towns, so that makes the house worth 50K more. This house is smaller than average in your town, which makes it worth 25K less. But it has a relatively large lot (compared to comparably sized homes in your town), which makes it worth 10K more.  It’s slightly older, which makes it worth 7K less…” and so on.

[Related Article: ML Operationalization: From What and Why? to How and Who?]

As it happens, methods like SHAP, based on the Shapley value, can do almost exactly the same kind of analysis.  XGBoost has integrated SHAP directly, making it possible to get these “prediction explanations” in just a few lines of code.

Learn more during my session at ODSC West 2019!

Brian Lucena is passionate about applying modern machine learning techniques to understand the world and act upon it. In previous roles he has served as SVP of Analytics at PCCI, Principal Data Scientist at Clover Health, and Chief Mathematician at Guardian Analytics. He has taught at numerous institutions including UC-Berkeley, Brown, USF, and the Metis Data Science Bootcamp. He currently consults for several tech companies, blogs at Numeristical, and is an author of the ML-Insights python package.