ODSC is coming to India!

odsc india1
After 5 years and over 16 major conferences in places like Tokyo, Boston, New York, London, and San Francisco, ODSC is...

After 5 years and over 16 major conferences in places like Tokyo, Boston, New York, London, and San Francisco, ODSC is proud to bring the world’s leading data science conference to India. Between August 30 and September 2, over 60 data science thought leaders from 9 countries will gather in Bengaluru to offer keynotes, trainings, talks, case studies, demos, and much more to attendees from South Asia and beyond.

Now more than ever, India is becoming a global leader in data science. According to a recent study by Edvancer and Analytics India Magazine, in February 2018 the country was home to 90,000 job openings in data science and analytics, the most in the world after the United States. Even more striking, that figure marks a 76% increase from the year prior. Such high demand for data science skills has accompanied a growing interest in machine learning and artificial intelligence. There are at least 300 AI startups in India, with nearly $100 million flowing into the sector from venture capitalists in 2017 alone. Meanwhile, the Indian government is taking steps to realize the nation’s great potential in data science and AI, establishing an online platform, Open Government Data, and allocating funding as part of its 2018 budget towards establishing a national AI research program. 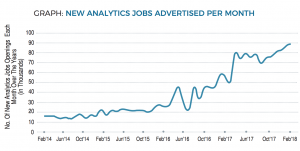 The majority of those jobs are located in Bengaluru (also known as Bangalore), India’s third largest city with a population of over 10 million. Long-known for its thriving tech industry, Bengaluru is home to some of the nation’s best science and technology universities, like the Indian Institute of Science, as well as the headquarters of Indian tech giants like Infosys and Wipro. These factors made Bengaluru the top choice of location for ODSC’s inaugural conference in India. 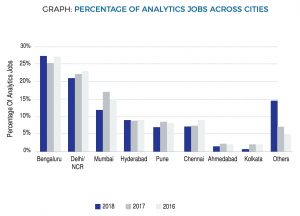 ODSC India will share the same philosophy as other ODSC events around the world: delivering the most impactful and highly-actionable knowledge for attendees. That means a highly selective process for choosing the best speakers and partners, and ensuring a diverse array of programs that generate real-world value for attendees in data science and business. The first and last days of the conference are dedicated entirely to training sessions, including workshops and hands-on demonstrations. The workshops cover all levels of technical savvy, ranging from ones like Fundamental Math for Data Science with Vishal Ghokale, consultant at AgileFAQs, to a Neural Networks Deep Dive with Dr. Tarry Singh, CEO at deepkapha.ai.

As for speaking, ODSC India will host 21 talks from data scientists and business leaders, as well as 4 keynote addresses. This year’s keynote speakers are:

Finally, networking sessions will allow attendees to meet some of Bengaluru’s leading tech companies, as well as representatives from ODSC India’s sponsors, including Intel, INSOFE, KNIME, and DataRobot.