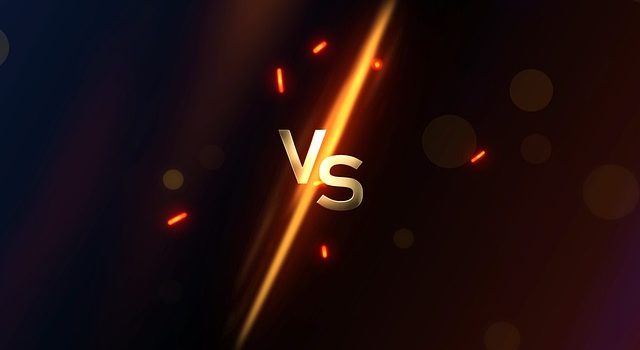 PyCharm vs. VSCode: Which Is the Better Python IDE?

PyCharm1 VSCode1
Python first debuted in 1991, making it older than many of the people who use it. In the intervening years, coders...

Python first debuted in 1991, making it older than many of the people who use it. In the intervening years, coders have turned it into one of the most popular programming languages ever conceived.

The reasons for Python’s perennial popularity come down to three major features. Python is:

Coders can’t use Python without an appropriate code editor, also known as an integrated development environment (IDE). Two of the most relevant Python IDEs today are PyCharm from JetBrains and VSCode (Visual Studio Code) from Microsoft.

Here are the most important features, advantages, and drawbacks of both choices for your Python IDE.

PyCharm: What to Know

PyCharm is a true IDE. Here are some things to consider when looking into this option.

There are three subscription tiers for PyCharm users:

The “Community” and “Edu” editions lack basic features some users may require, such as remote development and detection for duplicated code.

Development tools should have a minimal footprint when it comes to using device storage and RAM.

Users must commit between 372 and 400 megabytes (MB) of HD or SSD space. Running the program requires around 400 MB of RAM. Some users may find this a cumbersome amount of memory to tie up in a development environment.

Both Python IDE options are straightforward for most coders to set up into a productive work environment.

However, this is one area where PyCharm’s nature as a native Python environment shines. It’s designed specifically for this language, so users won’t have to add or configure anything to PyCharm – it’s ready right out of the box.

One of the most important factors to weigh is how an integrated development environment manages coding projects and sets up the user for success.

PyCharm and VSCode provide similar code management features, but PyCharm stands out with the ability to “Search Everywhere.” UI elements, classes, and files are all fair game for Search Everywhere, even if what you’re looking for isn’t in the current project.

PyCharm can be used for refactoring and features a much larger feature set than VSCode, including:

VSCode: What to Know

VSCode is more of a code editor that emulates the functionality and experience of an IDE using a suite of extensions.

VSCode is an open-source product. It is free to download and use for beginners, seasoned professionals, and everybody in between.

The standard version of VSCode doesn’t come with any plugins – users must install what’s needed for a given project. However, other important features like bug tracking and version control are included.

VSCode is a leaner program than PyCharm. It requires a 76.2 MB download and installation. The IDE consumes just 40 MB of RAM while it’s running, or one-tenth of what PyCharm needs for stable performance.

VSCode needs more setup than PyCharm. Users will have to identify the extensions required by their current projects, such as Snippets or Indent.

The benefit of this is a more configurable workspace that’s easier to personalize. In this respect, it’s a tool that “stays out of your way.”

Code management is intuitive with VSCode. It includes an automatic highlighting feature that tags possible errors right in the work environment. It also creates a roundup of code errors and conflicts in a separate tab to make them easier to address.

Users will have to install a linter and formatter to use VSCode with Python.

VSCode, like PyCharm, has a robust autocomplete feature to help programmers save time while coding.

VSCode also supports refactoring after some brief configuration. The list of refactoring features is not as robust as PyCharm:

PyCharm vs. VSCode: Which Python IDE Is Better?

Some users may find VSCode easier and more intuitive to navigate, with less on-screen clutter. However, this is a result of VSCode being an environment for multiple programming languages. The tradeoff for PyCharm users is that the product is ready for Python right out of the box with no additional configuration required.

In this respect, PyCharm could be the best starting point for individuals just beginning to code or organizations that want to expand team members’ horizons with new skill training. Providing ways for team members to explore and develop new abilities is a hugely important part of retention in the modern world.

However, platform compatibility may be one of the few areas that makes or breaks one of these IDEs for coders and organizations:

Some users prefer the physical design of the UI and coding environment with VSCode. It’s more configurable and provides more variables for font size, contrast, and highlighting. Serious programmers might find this an easier environment to feel at home in.

No matter which Python IDE you choose, learning and executing Python is one of the skills that make the world go round. What will you make?

If you’re looking to add an in-demand, evergreen, and broad-use skill to your repertoire, then maybe it’s time to learn Python or other core data science skills. At ODSC West 2022, we’ll have an entire mini bootcamp track where you can start with core beginner skills and work your way up to more advanced data science skills, such as working with NLP or neural networks. By registering now, you’ll also gain access to Ai+ Training on demand for a year. Sign up now, start learning today!