Teaching artificial intelligence to interpret information from text and convert it into images has become a fascinating venture within the community....

Teaching artificial intelligence to interpret information from text and convert it into images has become a fascinating venture within the community. We reported on how an AI program, Dall-E, processed the text “Last human selfie.” What was created by the program could fuel nightmares for a lifetime. Now, another program called ROBOMOJO was given titles and prompts of the most popular films and tasked with creating original posters.

Some of the films included Jaws, Sleepless In Seattle, Star Wars, Batman, Free Willy, E.T., and more. The designs created by the program are presented as movie posters and it’s an interesting take on how an AI program is able to take in text information and create independent visuals.

Reviewing the posters that ROBOMOJO created, it’s quite interesting how close the program got while also being quite literal with certain ideas. One of which was the poster for Dirty Dancing which shows two pigs, one male, and the other female, dancing on what seems to be mud. Another that was a bit more on the nose when it came to a literal interpretation of the title was that of Beetlejuice which shows a beetle with a glass of brown juice. 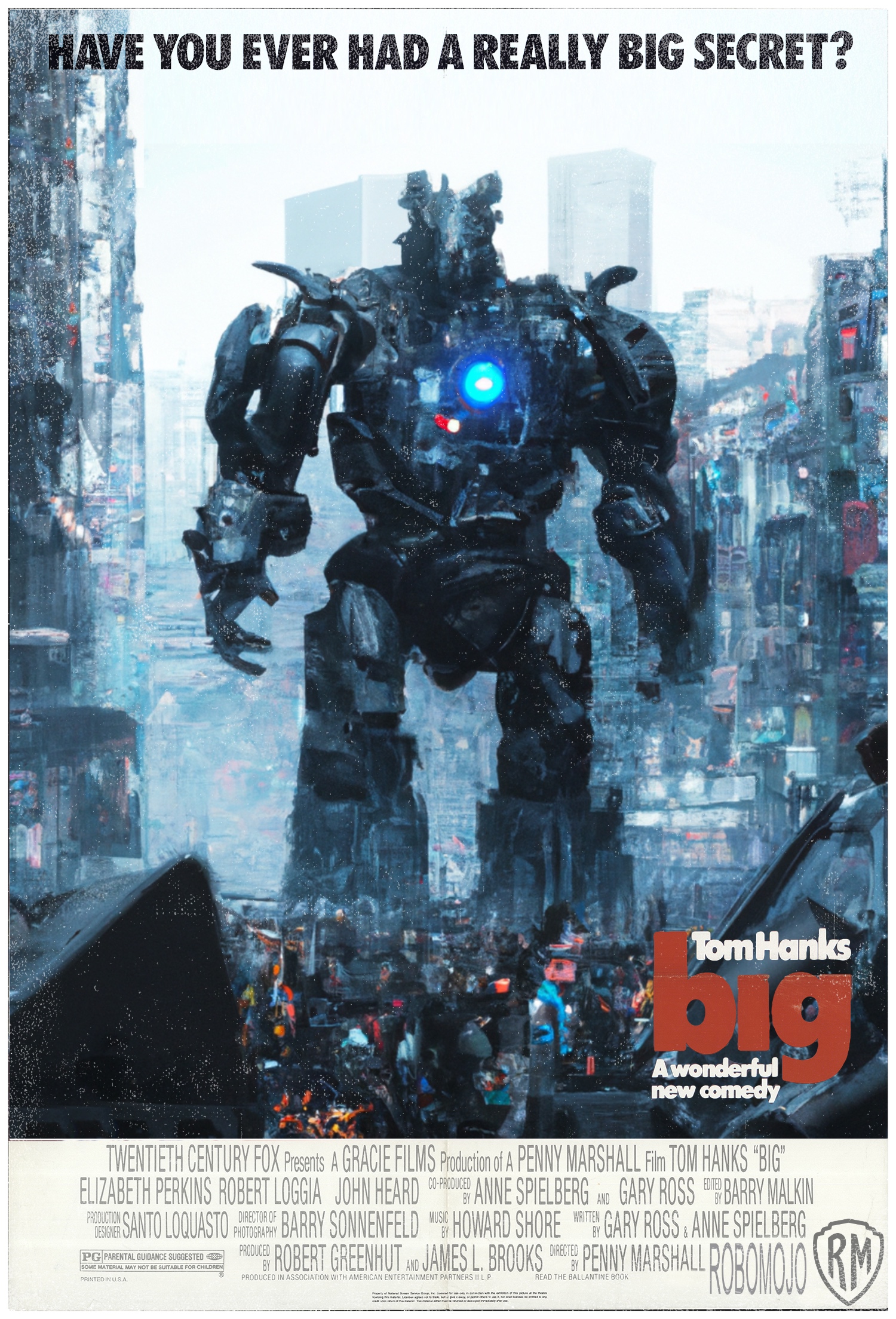 One that was quite funny was the poster of Coyote Ugly which sees a coyote preparing a cocktail with a hat and all, the Batman poster similar had a very literal take that shows a bat in a costume. But other posters were scary and really shows what the AI thought with only the title and prompt with no other context. One of those was the 1980s classic John Hughes film Pretty in Pink which shows a robot in a pink dress. The background for some reason resembles something that would be more appropriate for a Terminator film with a wasteland and a giant robot.

One of my personal favorites, another 80s film, had to be Big. The poster of the classic Tom Hanks film shows a large robot in the middle of a cyberpunk city. Quite a contrast from what one would see if they saw the film. Overall, ROBOMOJO did an amazing job at being on the nose in creating movie posters that match well with the movies with the expectations of a few notable ones such as Sex in the City.

Programs such as ROBOMOJO and DALL-E have been primarily used by artists so far to create and display the power of AI and art. But one obvious question comes to mind. What will be the effect of AI expanding and learning more from how it processes text language and independently interpret it? As the scale of AI grows, this will become an even more important question.