In the first two entries of Startup Watch, we looked at BenevolentAI, a London-based company that uses artificial intelligence to accelerate...

In the first two entries of Startup Watch, we looked at BenevolentAI, a London-based company that uses artificial intelligence to accelerate drug discovery, and x.ai, a New York City startup that offers NLP-powered AI assistants to help with scheduling meetings and other administrative tasks. This week, however, we focus on a company whose success proves that AI and machine learning need not be relegated to traditional tech meccas like London, New York, and San Francisco.

SparkCognition is a global AI company, headquartered in Austin, Texas, which provides machine learning-based software solutions to companies in industries ranging from energy and finance to aerospace and defense. It’s been making waves recently, having been named the fastest growing company in Central Texas by the Austin Business Journal in late 2017.

The company’s CEO and founder, Amir Husain, is a Pakistani-born inventor and entrepreneur. Husain has been behind a number of successful tech ventures, and holds over 20 US patents in computing and AI. He also wrote the 2017 book, The Sentient Machine, which examines the economic, ethical, and existential implications of artificial intelligence.

SparkCognition is part of Austin’s thriving tech industry, fueled by Texas’ position as the second largest economy in the United States. Unbeknownst to many, the state also has a rich history in computer science and AI. The University of Texas at Austin boasts one of the highest-ranked computer science departments in the world, providing a steady stream of tech talent to major tech companies in the city such as Google, IBM, and Dell, as well as SparkCognition.

In fact, Dr. Bruce Porter, two-time Chair of the UT Austin’s Department of Computer Science, serves as the company’s Chief Science Officer. Porter is widely recognized as an AI pioneer in his own right, having made significant contributions to NLP in knowledge representation and reasoning. 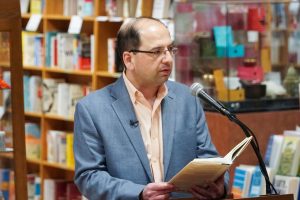 SparkCognition was founded in 2013 with the mission “to build artificial intelligence systems to advance the most important interests of society.” The organization pursues this objective with four main offerings: industrial maintenance, natural language processing, automated model building, and cybersecurity.

Here’s an overview of these four offerings, including some potential use cases covered in SparkCognition’s online resources:

Companies in industries like energy, utilities, aerospace, and maritime lose a great deal of money when assets fail. It’s not only costly when machinery stops working – oil wells, ship engines, wind turbines, etc. – it is also possibly too dangerous to send mechanics in to make emergency repairs. SparkCognition’s SparkPredict uses machine learning to help companies predict when assets will fail well in advance. It uses neural networks to process unsupervised data from sensors and IoT (internet of things) devices to find relationships previously unknown to the equipment’s operators, enabling more productive maintenance. One of SparkCognition’s case studies describes how SparkPredict was able to detect strange behavior in a combustion turbine for a major energy company that hadn’t been spotted by its engineers. It was able to predict precisely which component in the turbine was failing, allowing the company to replace it before it failed completely. 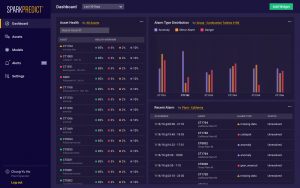 A few weeks ago I wrote a piece on why natural language processing (NLP) – the subfield of artificial intelligence that teaches machines to understand human language – is one of the best AI solutions that businesses can implement. SparkCognition puts its own spin on this with DeepNLP, an end-user NLP system that retrieves, classifies, and analyzes companies’ unstructured data. A white paper describes how DeepNLP was used by one major bank to radically reduce the time its employees spent poring over contracts and other financial documents. 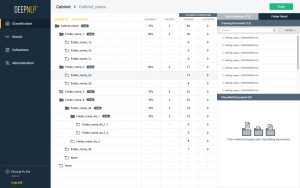 SparkCognition’s most tractable offering is Darwin, an automated model building (AMB) program based on genetic algorithms. Put simply, AMB revolves around the concept of automating the process of making AI itself. Given datasets, structured or unstructured, Darwin cleans the data, identifies and selects its key features, and builds new machine learning models to make sense of the dataset. Of many different candidate models, Darwin then tries to pick the best one(s) for whatever purpose the user has.

While not the easiest thing to comprehend at first, automated model building may have boundless potential for organizations and data scientists of all kinds. Darwin offers a semi “all-in-one” machine learning system, applicable to many different kinds of datasets and business problems. 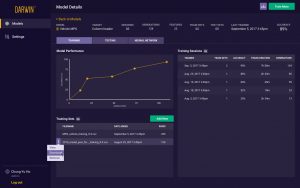 Protecting computers and networks from cyber threats is often described as a digital arms race. Hackers are constantly devising new ways to infiltrate individuals’ and organizations’ digital assets, while developers of antivirus software update their programs in response. SparkCognition has taken a different approach with DeepArmor, a machine learning-based cybersecurity system that continuously updates itself to defend against cyber threats. 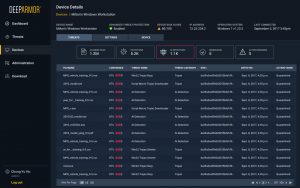 For these products, SparkCognition has accumulated a number of prominent investors and accolades. It’s one of just a few companies to appear twice consecutively on CB Insights’ AI 100 – an oft-cited showcase of leading AI startups and, more recently, it appeared 9th on the Wall Street Journal’s list of 25 tech companies to watch in 2018. It has also garnered an impressive total of over $75M in series funding from firms like Verizon and Boeing.

Much of the business world remains unsure of how AI can add value. A key component in SparkCognition’s success has been its ability to put machine learning techniques like genetic algorithms, NLP, and neural networks to work in easy-to-use software for organizations of all kinds. And deep in the heart of Texas, it’s an exemplar of AI success in the Southern United States.

If you’re interested in startups harnessing artificial intelligence, check out the Accelerate AI event series at ODSC.  Discover how the most innovative startups and Fortune 500 companies are using AI to disrupt industry at ODSC’s upcoming summits in London and San Francisco.