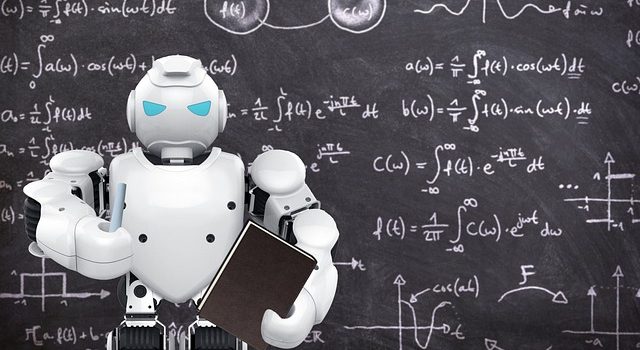 Students Have Figured a Way to Have AI Do Their Homework

Finding easy ways of avoiding homework and writing reports is as old as our educational system. It’s one of the most...

Finding easy ways of avoiding homework and writing reports is as old as our educational system. It’s one of the most famous tropes one can find in comedies that are focused on students and their lives. But now according to Vice, it seems that today’s generation of students has a leg up thanks to the power of artificial intelligence.

In the report, students are using OpenAI’s Playground and other programs with similar applications to spit out essays and other assignments in a fraction of the time it would normally take them if they wrote the work themselves. For the students, it’s not so much cheating or creating an advantage as it’s removing unnecessary “busy work.”

A user who goes by the screenname innovate_rye explains to Vice, “I like to learn a lot [and] sometimes schoolwork that I have done before makes me procrastinate and not turn in the assignment…Being able to do it faster and more efficient seems like a skill to me.”

And the trend is only growing.

Reddit Product Lead, Peter Yang, shared a screenshot of a post on their platform which details how a student is using AI to achieve A’s in their courses. According to the user who goes by Urdadgirl69, they were already familiar with text-prompt-based AI tools and recently came up with the idea of using such programs to churn out original essays for school. But it’s not just essays. This user goes into detail about how they’ve learned how to use the artificial intelligence program to spit out answers to questions on a multitude of subjects, as well as types of assignments.

The success of this is due to how these AI programs are able to generate natural human-sounding text. In the following Tweet within Peter’s thread, he himself also used the program to write an essay about his dog eating his homework. What comes from the AI program is arguably difficult to imagine because it was written by software.

At first glance, one might think that software used by universities over the years to combat plagiarism would pick up on these papers. But that’s not the case and George Veletsianos, Canada Research Chair in Innovative Learning & Technology and Associate Professor at Royal Roads Unversity explains why:

“[The text] is not copied from somewhere else, it’s produced by a machine, so plagiarism checking software is not going to be able to detect it and it’s not able to pick it up because the text wasn’t copied from anywhere else,” Veletsianos told Motherboard. “Without knowing how all these other plagiarism-checking tools quite work and how they might be developed in the future, I don’t think that AI text can be detectable in that way.”

As with any new technology, educators will be hardpressed in being able to identify work done by AI and work done by students as the technology has rapidly grown in scale in recent years. But like with any market, when a problem develops, it’s likely someone will find a way to sniff out AI-generated work. Until then, educators will have to deal with this technology.