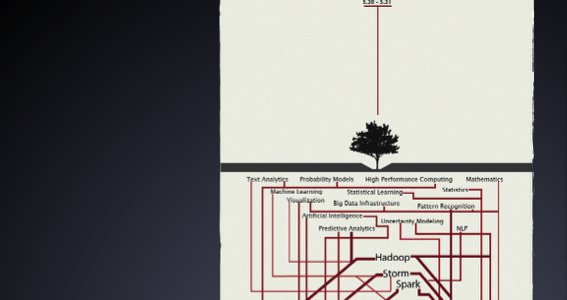 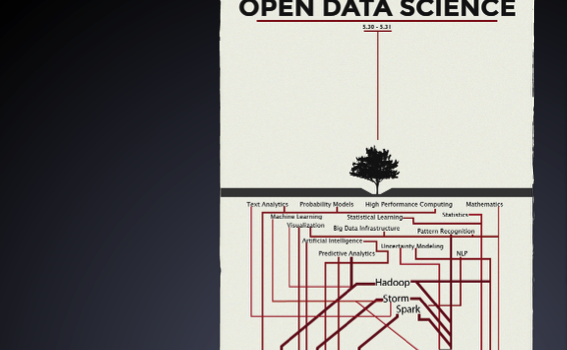 The Last Conference You Will Ever Attend

Data Science8
Visitors to this site are obviously no strangers to open source data science. Take R for example. R is the epitome...

Visitors to this site are obviously no strangers to open source data science. Take R for example. R is the epitome of a successful open source project, having become one of the most popular languages for data analysis and used by millions. It is a thriving open-source project supported by a community of thousands of contributors. Yet R is but one of hundreds of open source languages and tools used by data scientists and developers: think also Python, Spark Julia, Hadoop, and Hive, to name but a few. Data science like other scientific disciplines is built on transparency, effort, and the exchange of ideas. We believe strongly enough in these ideals that we’ve organized a two-day conference, on May 30th and 31st , devoted entirely to them. The Open Data Science Conference [link to www.opendatascicon.com] is a celebration of the openness of data science and the thriving community that surrounds it.

Contributors to open source are amazingly talented. They are the authors of many of the libraries and packages you use everyday. This conference [link to www.opendatascicon.com] gives you the chance to hear from them directly and meet them in person. Our speaker lineup includes Max Kuhn, the prolific author of no less than six R packages, including the caret package. Jared Lander is an R contributor and also the author of R for Everyone. Wes McKinny is the creator of the madly popular Pandas library. Andy Terrel contributes to numerous open source projects including Ignition, the FEniCS Project and Sympy. Anna Herlihy is a contributor to PyMongo and Monary, while Peter Prettenhofer is a contributor to the ubiquitous scikit-learn project.

This conference [link to www.opendatascicon.com] will, of course, present ample talks and workshops on open source languages and tools. Data science is a huge field and we will cover such topics as predictive analytics, deep learning, machine learning and so on. We are honored to have some of the best and brightest in the field share their insight’s with us. Owen Zhan is the number one ranked Kaggle data scientist and his talks are always insightful. Josh Wills, Director of Data Science at Cloudera, is a gifted speaker and like the best has a knack for distilling simplicity from complexity. Allen Downey, author of Think Python, and Think Stats, conducts illuminating workshops guided by his easy manner and command of the subject matter. We have many such talented presenters in our 70+ presenter lineup.

I’ve always felt that for something to be truly useful there needs to be a strong community around it to share experiences and lend support. There is a tremendous community around open source data science fueled lately by Meetup phenomena and groups such as NumFOCUS. Many of our speakers are directly involved, like Jared Langer who organizes the NYC Open Statistical Programming Meetup and runs his own R conference; James Powell, who runs many NYC Python events; and Lynn Root, who is involved with PyLadies SF. Many others from the open source community will be present, too.

Ok, this may not be the last conference you’ll every need to attend, but we are confident you will come away with enough ideas and contacts to fill the remainder of your year. Be a part of the open source data community and join us in Boston on May 30th and 31st[link to www.opendatascicon.com] .