The Power of Commerce Data

This is one of the modern miracles of the current age.

It is one of the most pervasive and most cherished devices, EVER.

Everyone has at least one.

And a lot of people, even those that won’t publicly admit it, have separation anxiety when they are away from one.

Just on this device, our ONE agency – the Department of Commerce – has had a huge influence.

The material standards for manufacturing rely on standards from NIST – The National Institute of Standards and Technology.

The Intellectual Property for the technology on this device is safeguarded by the USPTO – Patent and Trademark Office.

Your weather app relies at some point on data collected by NOAA – National Oceanic and Atmospheric Administration.

Your stock app will show the impact of the GDP statistical release from the BEA – Bureau of Economic Analysis.

The components in the devices are part of trade as advocated by the ITA – International Trade Administration.

The way an app or product is positioned geographically most likely have relied on Census Bureau data.

The startups that create software for this device have either directly or indirectly accessed resources from the EDA (Economic Development Administration) or MBDA (Minority Business Development Agency).

The majority of the bureaus of the Department of Commerce have had some impact on this one material aspect of your life.

And ….. All of that happens before lunch.

The Department of Commerce

This is why I can candidly say that the Department of Commerce is American’s Data Agency and I can say it confidently knowing that it is not an exaggeration.

Literally, the Department collects and disseminates data that extends from the surface of the sun to the deepest depths of the ocean.

The simple, yet powerful, mission of the Department is to create the conditions for economic growth and opportunity.

Additionally, the Secretary has seen it fit to create a startup of sorts within the Department focused on Data – this is the Chief Data Office.

And our mission is three-fold:

Today, I want to tell you about two initiatives that the Office is embarking upon.

The first is the New Exporters project. 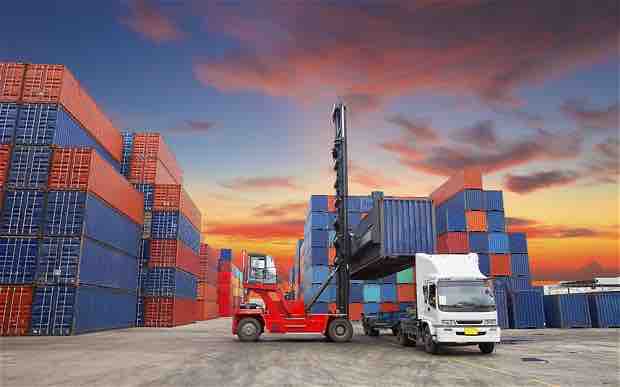 I want you to close your eyes for a few seconds and Picture Stephanie – a small business owner – she manufactures furniture.

And she does it really, really well.

In fact she won awards at her county fair for her rustic designs.

She produces about 50 to 100 units of furniture per week out of her wood shop.

What if there were a way to provide Stephanie with the necessary market intelligence to enable her to determine where she should sell in order to maximize her revenue stream?

Imagine if one day, she receives a personalized recommendation on where to export.

A simple card or email could provide the average percent growth in revenue of similar merchants in other parts of the country.

If these merchants, who are like Stephanie, can do it, so can she.

Commerce data has the potential to unlock that market intelligence for small businesses.

And this is the goal of the new exporters project.

The second project is the Risk Models 2.0

You get home from a busy day at work.

It is June and you are so tired so you park your car in your driveway.

You go inside. You play with your kids, eat dinner, tuck them in and wake up to find huge lumps of hail resting in the dents they have created in your car.

Wouldn’t it have been more efficient, less annoying and less costly, if your weather app could alert you when there is a high chance of hail and advise you to move your valuables indoors?

Maybe, it is your insurance provider that calls you to tell you to take evasive measures because they now have weather models built into their risk models.

Wouldn’t it be nice?

In both of these cases, one thing is very clear.

The power of Open Data, and more specifically Open Data from the Department of Commerce, lies in its integration and application to user-driven scenarios that improve lives and businesses.

I am going to end there (as I am standing between you and lunch) and I‘m going to ask you to do one thing.

As you are having lunch and making new friends, think to yourself:

“How can I help the Department of Commerce to help me?”

And send me an email
Thanks to Jeff Chen for helping with the framing of this talk. Originally posted at tyronegrandison.org
About author

Proud to be a part of an amazing team of technologists that is focused on creating the conditions for economic opportunity & growth, protecting Americans and save lives. The Commerce Data Service seeks to help the data initiatives of the bureaus of the Department of Commerce and fundamentally change the way people interact with the data we produce.