The Power of Universal Latent Space In Medical Breakthroughs

Conferences41 NLP31
The cost to develop new medicines has grown tremendously despite our computing and medical advances. Although we have a greater need than ever for...

The cost to develop new medicines has grown tremendously despite our computing and medical advances. Although we have a greater need than ever for massive breakthroughs in medical science, the industry itself is still a slow, highly regimented field. Mason Victors, CTO and CPO for Recursion Pharmaceuticals believes that universal latent space is vital to the drug discovery process and outlines ways that this could revolutionize how we make breakthroughs in healing.

The Problem With Drug Development 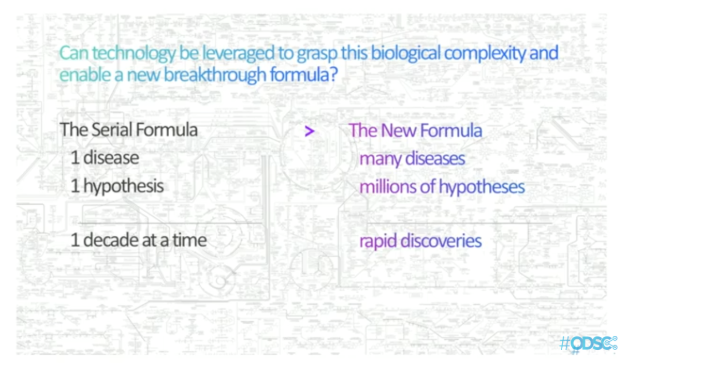 Product lifecycles moved to continuous innovation years ago. Finance got overhauled with tech advances like blockchain and mobile banking. Manufacturing is experimenting with AI-driven production management. Even simple things in our homes, from lightbulbs to thermostats, are getting reimagined with new technology.

Advancements in drug development haven’t kept up with technology. BioPharma still follows a slow pace, often focusing on a single drug for years in a sequential approach. A single disease, a single hypothesis, a single biochemical goal. It’s slow. Even worse, it’s expensive.

The product stages of the drug development pipeline are ripe for disruption. Technology is ready to model that biology and can finally explore many diseases and hypothesis in parallel, or removing the hypothesis altogether, paving the way for true, continuous innovation. If other industries can accomplish this, Victors believes the BioPharma space can as well. 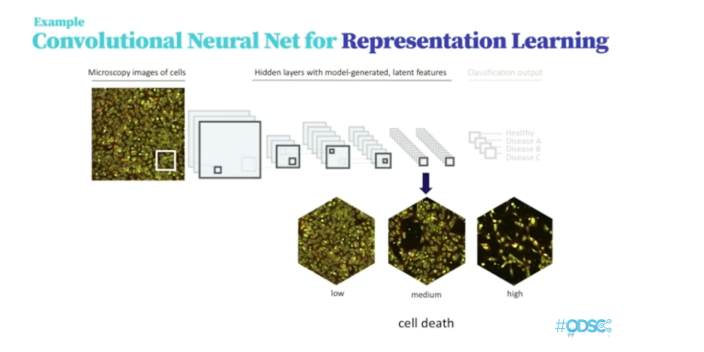 His own platform automates over 100,000 experiments per week, a far cry from the one hypothesis/one decade approach to traditional development. It’s scalable, and their data is produced in house for reliability. The experiments create high content image data, possibly going to 50 terabytes of data per week.

Imaging data is cheaper, contains vastly better data, and is the future of drug development scalability. Because their approach is so detailed and highly targeted, a single image could house so much relevant data that it drastically reduces the cost to train processes. It’s rich, and it’s fast.

Convolutional Neural Networks is more than just another classifier. Instead, using representation in a rich latent space where comparison can be made. Machines can learn a higher dimensional representation of data to measure change, differences, and similarities, which unlocks a machine’s ability to build a hypothesis about these biological features.

Hand selecting and training with humans is prohibitively difficult. The classification process could take years to get completely right whereas deep learning can learn abstraction in a computational way. Deep learning can describe those classes without this type of human labor. Learning those spaces that aren’t precisely human defined opens up the field to authentic deep learning.

It’s different from machine learning because the machine can learn as it’s training, instead of teaching models and tasks independently. A simple example would be using machine learning versus using transfer learning to predict the listing length and selling price. Traditional ML would learn those models separately while transfer learning would overlap similar information to learn both models together. 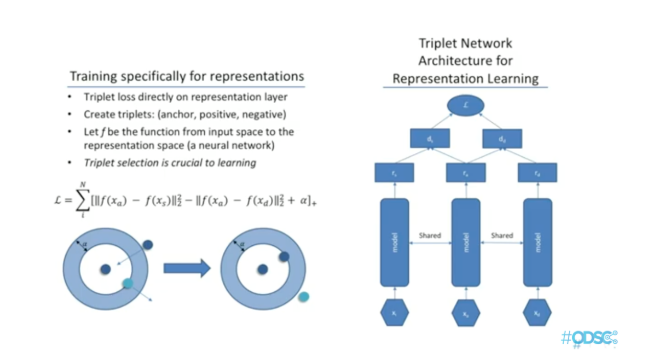 You can eliminate waste by allowing machines to learn representation without having to train for any other tasks. One common way to do this is by using Triplet networks. Your machine uses three examples, positive, anchor, and negative (dog, dog, cat, for example). The neural network ingests raw data and transforms it into representation. It pushes the anchor and positive examples together while driving the anchor and the negative apart.

If it were a simple classification problem, you open up your neural network to cheating. Systems are remarkably good at this. In one famous example, a network learned to classify tanks versus other armored vehicles because tank pictures were always taken during the day. Certainly clever but not good. Instead, representational learning accounts for hidden layers without training your system to “cheat.”

Triplet networks also handle the problem of overfitting. The layers don’t alter with new classes, and the data sets aren’t tied to the specific class. The models don’t have to change, and you reduce the waste associated with each new problem.

You do have to select triplets very intelligently, or the system builds up something Victors calls stalled learning. This system isn’t meant for naive learning; instead, making sure your triplet selection is built through a large batch of data (all things similar, all things contrasting), and those similarities fall on the same diagonal. 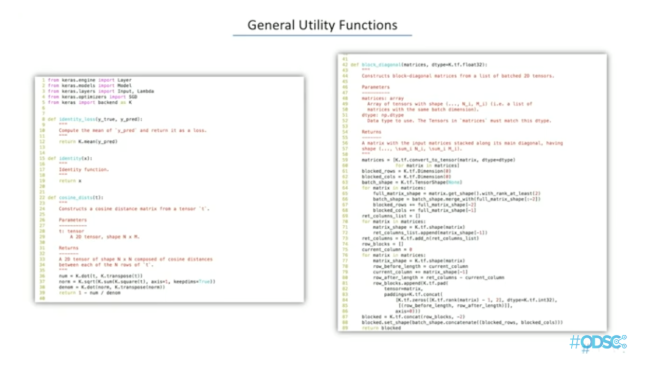 The ability to process this through Tensorflow or Keras is possible. Victors builds a latent space in both programs by using some lower level functions and offers a complete walkthrough in his talk.

His methods provide better implementation than simple naive selection, adding stability to the space. The system is highly consistent despite learning two different systems. The approach at scale is complicated, and you need a lot of computing power. Using a system like Horovad approaches that theoretical training input and is something Victors suggests looking into if you’re planning to mimic this type of latent space for other projects that require distributed deep learning. 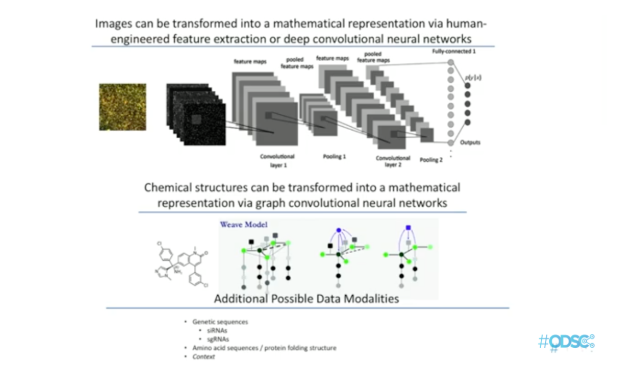 Images can be transformed into representation, but other types of modalities are also possible. Chemicals can be represented as a graphical node, for example, or genetic sequences can fold into the representation. Using joint representation to perform a task could open a lot of answers. Victors uses this method to predict toxicity for example.

Common representations with tasks are also possible. Images and structures are pushed into the same latent space, opening up the possibility of discovering what compound could mimic the effects of a certain disease.

Experiments take about a week to run with Victors’ lab, and the lab uses domain adaptation to overcome batch effects (i.e., effects you can’t control like lab humidity). This method can be used to ignore noise and amplify the appropriate signal.

A New Wave of Medical Breakthroughs

Using this multitask neural network type of learning allows machines to reduce waste and shorten the iteration time for medical breakthroughs. Using existing technology could revolutionize the way we research new drugs and how we unlock the secrets to the diseases and conditions driving that research. The medical field needs this upheaval, and thankfully, we’re building the capability to do so.