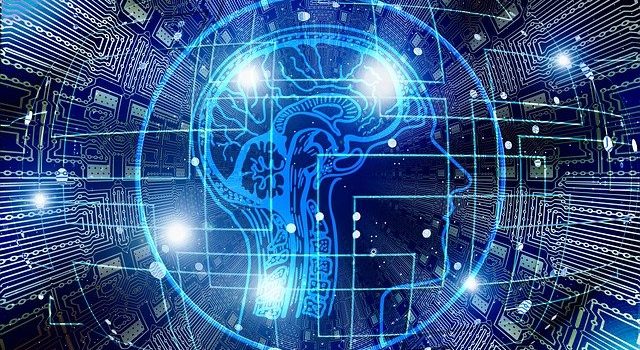 The Top AI News from 2021 – Advancements in Medicine, Algorithms, and More

News7
Over the course of 2021, the fields of data science and AI have continued to grow and advance. This has led...

Over the course of 2021, the fields of data science and AI have continued to grow and advance. This has led to a significant number of interesting applications and developments that affect society as a whole. Below you will find a few of these applications that we found particularly impactful, making this list of AI news worth recapping.

As facial recognition software continues to advance and find more applications in the real world, including predictive policing, governmental bodies, such as the European Parliament, are taking steps to address the inherent privacy issues. Although the ban put forth by the Parliament is non-binding, it is an indication of the type of legislation we are likely to see as this type of technology develops and advances in its uses, likely making future AI news lists.

This past summer, Microsoft and OpenAI released a new tool that they hoped would help programmers improve their code, GitHub Copilot. Trained on open source code and taking context from the code already written, Copilot makes suggestions on what should come next. Although the suggested code does not always work (tests indicate that the program suggests the correct code on the first try only 43% of the time), it can inspire programmers to approach the project in novel and inventive ways.

2021 also may have marked the first attack by a lethal autonomous weapons system (LAWS). During a conflict in Libya, it has been reported that one of these systems sought and engaged with the logistics conveys of the opposing forces. However, it is currently unknown whether the LAWS was being remotely controlled or acting without human direction.

This past year, Sophia the Robot, who was first brought online in 2016, mentioned the possibility of wanting to grow their family one day with a baby robot. Although Sophia is not ready to take such a big step yet, it does open up interesting and challenging questions of how one would build a baby robot and what sort of learning parameters would be put in place to make it a close reflection of a living human baby.

Building on its success with AlphaFold in 2020, DeepMind has spent 2021 coming up with predictions for the shape of nearly all the proteins in the human body, as well as hundreds of thousands of others, including some of those found in fruit flies and yeast. Although most (if not all) of these predictions still need to be verified in a lab, this is an exciting development with many applications in research and drug discovery.

Although the metaverse existed before 2021, this past year has seen a number of announcements from industry-leading organizations about how they plan to expand into the metaverse. The announcement that we have most likely all seen is that Facebook changed its name to Meta and committed as much as $10B US to growing the Metaverse. However, several other companies have also made investments in this realm, such as Roblox, Microsoft, NVIDIA, Epic Games, and Tencent.

While developing improved language models for NLP, it seems that researchers have stumbled into a process that reflects the way that the human brain works. A recent study from MIT shows that some predictive language models look and act quite similar to the human brain, and ultimately may offer insight into how brains work and were developed.

The development of GPT3 has resulted in a wide range of applications in industries ranging from video games to education to health care. However, this powerful new tool still requires significant oversight as it sometimes produces text that is harmful, biased, and inaccurate. This ultimately leads to the question of how best to reduce the prevalence of such language and at what point in the development process.

2021 has also seen the rise of a GPT3 rival, Jurassic-1 Jumbo from AI21 Labs, that would be even larger than GPT3. AI21 Labs’ model would be available as a service for applications, such as chatbots, summarization, and paraphrasing. However, like OpenAI and GPT3, AI21 Labs must grapple with the complex issue of bias and harmful language present in the model.

One of the big challenges of measuring the possible future effects of climate change is how to accurately predict how much sea ice we may lose each year. A new tool, IceNet, seeks to solve this issue by utilizing deep learning to learn how sea ice reacts from decades of observational data and thousands of years of simulated climate data. Early results indicate that IceNet is 95% accurate in predicting the presence of sea ice two months ahead, giving hope that we have found a new tool that can significantly aid us in understanding climate change.

A marked increase in devastating floods over the past several years has increased the need for better flood prediction and detection significantly. Fortunately, in 2021 as part of the “Emerging Techniques in Computational Intelligence (ETCI) 2021 competition on flood detection” data scientists have developed generalizable models for flood zone prediction that can be utilized across countries and geographies.

AI has many potential applications in healthcare, one of which is to help survivors of strokes and other major medical events regain their ability to speak. In one case this past year, AI was successfully utilized to help a stroke survivor communicate by providing a speech system that was faster and less laborious.

AI and Data Science continue to influence many aspects of society, including how we understand and interact with our environment, connect with others, and access essential services. Join us at ODSC East 2022 April 19th-21st and on the Ai+ Training platform year-round to learn more about these cutting-edge technologies, products, and services, and hopefully your projects will make next year’s top AI news list.