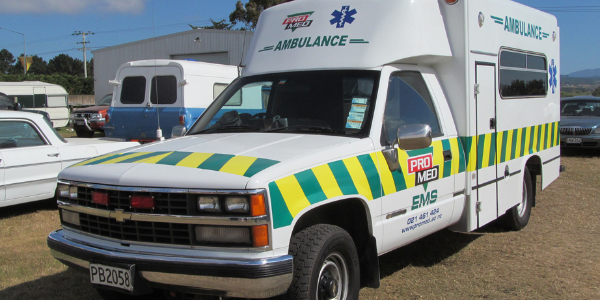 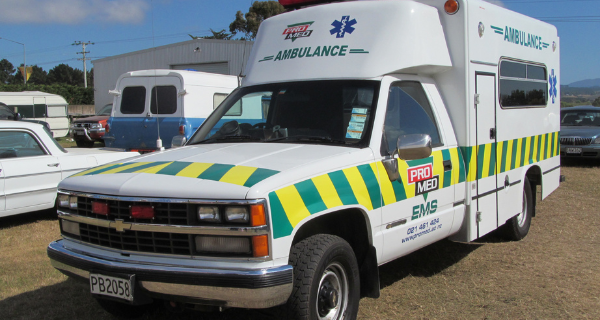 The Use of AI for Ambulance Calls Cause Concern for Paramedics

With the launch of AI assisting emergency responders with dispatched calls, the head of the association representing paramedics is concerned about...

With the launch of AI assisting emergency responders with dispatched calls, the head of the association representing paramedics is concerned about possible technical issues. In a report by the CBC, Ambulance New Brunswick rolled out a new AI-powered dispatch system, moving its older radio-based system as a backup. The new system relies on both AI & cellular devices to help route emergency calls to dispatch locations. But it seems that system has the paramedic’s representative association concerned.

Intelligent Decision Support is being delivered by a company called Logis. In an emailed statement, Michel Gravel, the director for Ambulance New Brunswick’s medical communications management center called the program “state of the art” and can improve operational efficiency with “powerful, automated and customizable dispatch engine, which allows us to tailor the system for our specific needs.” Not everyone is convinced of this.

According to Derek Cassista, president of the Paramedics Association of New Brunswick, paramedics have growing concerns about the possibility of system glitches. This is compounded by the possibility of these malfunctions happening during a live call. The association head went on give an example of a GPS navigation failure, “You can tell your phone, ‘Hey Siri, take me to A&W’, and I’m sure you’ve had times where that navigation fails or it takes you [on] what you know is the long way around when you think it’s the short way around…And you know, having an extra-long trip to A&W versus having an extra-long trip to someone’s house when they’re having a medical emergency obviously are two very different things.”

Derek Cassista isn’t the only trade union head concerned about AI-powered technology failing at the worse moments. Susie Proulx-Daigle, president of the New Brunswick Union, another group that bargains on behalf of area paramedics expressed different concerns. Her concern centers around the lack of notification of the change in the system being used, “Ambulance NB did not make us aware of any changes to the dispatch system, it was brought to our attention by paramedics.”

Susie Proulx-Daigle also pointed to the use of text messages as another point of contention due to the occurrence of messages being lost due to cellular coverage. In her view, radio is still a far more reliable system considering all the factors, “We have some major concerns regarding using text messages as they can be missed, coverage can be poor in various areas. There are several potential issues… We feel the radios are the best way to dispatch calls. Any new system with the potential for technical issues, such as interruptions in cell service, can have a major impact on someone’s life in an emergency situation.”

Addressing these concerns the director for Ambulance New Brunswick’s medical communications management center, Michel Gravel, made clear that the radio dispatching system would remain in place as a backup for the new AI-powered Intelligent Decision Support system. He also addressed concerns of support and Q&A issues, “Like with any system update we recognize that there will be an adjustment period and during this initial implementation phase, Logis IDS has provided onsite support staff who are resolving any questions or issues as they arise.”

The president of the Paramedics Association of New Brunswick also wants to make clear that he’s not against technology improving human abilities. In fact, he supports the use of AI. He just wants to ensure implementation of such cutting-edge tools is done properly for a group of people who are tasked with the preservation of human life, “We need more artificial intelligence, we need more information sharing, we need to remove more of the human error potential…So I’m a big proponent of technology. We need innovation like you wouldn’t believe. So I’m not, I’m not against this. It’s about implementing it properly. Like all good projects, it can live or die in how it’s being implemented.”

Local government agencies have, for the last few years, looked to machine learning and artificial intelligence as a means to optimize administrative work, solve complex problems, and improve overall department performance. As reported by us last summer, Washington D.C., among other municipal governments, are quietly using AI-powered algorithms in multiple departments in a bid to increase operational efficiency. It seems clear that AI is gaining more traction with local government bodies. If you want to learn more about AI and its impact on public policy, and how responsible AI can approach these concerns, ODSC East 2023 has the track for you.  Click here to learn more.