Throne AI is the Kaggle of Sports Predictions

My big obsession of 2018 so far is sports prediction platform Throne AI.  There’s no better way to describe than Kaggle...

My big obsession of 2018 so far is sports prediction platform Throne AI.  There’s no better way to describe than Kaggle for sports. The platform provides users with data with which they use to build models to predict the outcome of sports matches. Each league on Throne AI counts as its own competition with its own ranking of users. It currently has the following league available: NFL, NBA, NHL, English Premier League, Serie A, La Liga, and the English Championship, with more to come.

Throne AI is the brainchild of Ross Taylor, a financial engineer from England, and since its debut, several months ago its use has been steadily growing. In a follow-up piece to this post, I’ll be interviewing Taylor about how he maintains the site, his data wrangling process, and other topics.

Downloading data and submitting predictions is pretty simple, which you can do through’s Throne’s api—I’ll demonstrate how to do later in this post.  Throne’s method of evaluating predictions is similar to Kaggle’s in that it uses log-loss as its performance metric. The platform uses the user-submitted probabilities for match outcome (win, loss, and draw if it’s soccer) to calculate the relative log loss, meaning a log loss score compared to your fellow competitors. The relative log loss factors into what Throne calls an “Edge” score which determines your rankings on the platform. So the goal of competing on Throne isn’t necessarily predicting the right winners and losers but rather predicting the right outcome better than the public or predicting the wrong outcome not as worse as the public.

For example, this weekend the New England Patriots are playing the Jacksonville Jaguars in the AFC Championship game. The heavily favored Patriots currently have an 81% chance of winning according to the Throne AI’s NFL competition’s public probabilities. If my model says that the Patriots have a 75% chance of winning and a 25% chance of losing and they go on to win, then Throne AI penalizes my score even though I predicted the correct outcome. But if the Jaguars win, I gain points despite not predicting that they would win. For a more detailed explanation of Throne AI’s evaluation process, you can read these two blog posts by Taylor

As I said before, I’m an avid user and huge fan of the platform. As a data scientist and sports fan, I’ve always wanted to use my abilities towards predicting matches but was stonewalled by the laborious data wrangling required for such a task. That’s why I was so elated when I first discovered the Throne AI.

I’m currently competing in every competition except NHL—never been much of a hockey fan. After a bright start, my performance has regressed a considerable amount. At one point I was the leader in the NFL and La Liga competition and ranked in the top 10 overall and now I’m ranked 38th. 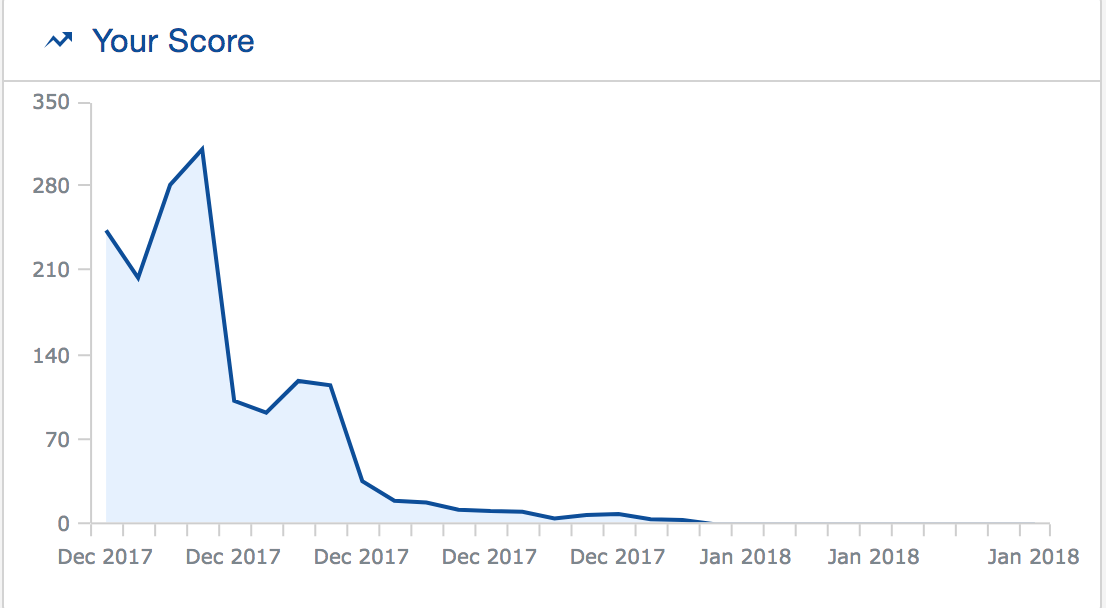 As you can see from this chart, my performance has been rather poor in the past month, but this is ok because I’m very much in an exploratory phase right now. I’ve been testing various algorithms from Logistic Regression to Gradient Boosting to Multi-layer Perceptrons to see which one does the best. For my predictions, I use the data provided by Throne without adding outside features or doing any feature engineering of my own. I do plan to change this in the future when I get a chance to think about and figure out how to add my own features.

How to Make a Model and Submit Predictions

In the Jupyter Notebook embedded below, I demonstrate how to download the data, train a model on it, and submit predictions via the Throne AI API.

Have fun with your predictions and if you want to use your data science abilites for the purpose of gambling make sure you read this section from Throne AI.