Time Series Analysis: The Components That Define It

Time Series Analysis1
Whenever data or observations or some other information is recorded regularly over time intervals, you are looking at time data. Time...

Whenever data or observations or some other information is recorded regularly over time intervals, you are looking at time data. Time Series Analysis is all about analyzing the data over time to forecast what will happen in the future based on those patterns. This is so that the re-occurrence of the same trend gets predicted. It said that history often repeats itself, so whatever events happened in the past are likely to occur in the future.

The most common basic example of time series is seasonal sales revenue. Every year during the holidays, sales revenue increases. And during the off-season, the sales go down. That is how we come to the season of sales, and it is not hard to predict, as we can expect what is the output every holiday season. With this, we can also analyze other situations based on patterns in your data, which are not as prominent as sales. This includes consistent upward trend or improvement in sales performance over time or downwards trends when the company is consistently falling each year or month or day- whichever time the company feels interested. What makes this different from other types of predictive models is that the prediction focuses on a given time, looking at a sequence of observations over time.

We could look at a trend on the graph and take an educated guess that the trend will probably continue, but a time series forecast can give us a better-estimated figure for how much it could continue. For example: given this time of day, a time series analysis predicts 100,000 people will log in online. You may perhaps have realized there would be a lot many individuals online. Now you can prepare for how many additional servers and infrastructure you need for your online platform based on how many online users you expected. And you would only use those servers for that time of day, switching them off for the rest of the day when you do not need them to save money. Or it could be that the model predicts a million online users in the year ahead, significantly increasing from last year and even more so the year before then.

Let us understand some of the components of Time-Series Analysis

Trends – Trend is nothing but a movement to relatively higher or lower values over a long period. So, when a time series analysis shows a general pattern that is upward, we call it an uptrend, and when the trend exhibits a lower pattern, that is a downward trend, which we have already discussed in the intro part of this blog. But what we have not discussed is if the trail shows either an upward or downward trend, then we call it a horizontal trend or stationary trend.

Here is a simple example: There is a new apartment construction is going on, and someone has opened a shop of hardware materials nearby, so until all the apartments get constructed, people will make purchases from that store. This will result in the trend of the sales revenue increasing. And once the construction is over, then the graph will likely fall and show a downward trend. For some amount of time, the sales were good, and gradually it went down, so we can say that trend is something which happens for some time and then it disappears.

Seasonality – Seasonality is a repeating pattern within a fixed period like the example above, about the sales revenue in the holiday season.

Irregularity– It is also known as noise, so these are erratic, or you can say unsystematic. This happens only for a short duration, and it is non-repeating. It is a random part of the data. There is no specific pattern, which makes it difficult to be factored into an analysis.

Cyclicity – It is somewhat like seasonality, but in cyclicity, the duration is unfixed, and the gap length of time between two cycles can be much longer. Here recession is an example: Let us say there is a recession in 2002 and we had gone into 2008, and then we had probably into 2012 and so on. So, it is not every year but for a much longer time over the years. The duration of the event varies, and the gap between the durations too.

Final Thoughts- These were some of the important components of Time Series Analysis that data science personnel use.

Palak Airon: Data Scientist personnel with over 8 years of professional experience in the IT industry. Competent in Data Science and Digital Marketing. Expertise in professionally researched technical Content Writing. 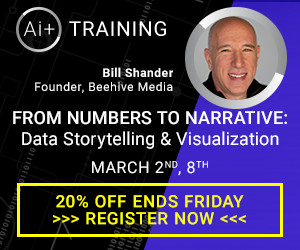