Data Mining|Life|text analytics1
I have a new visual essay up at The Pudding, using text mining to explore how women are portrayed in film.   In April 2016,...

I have a new visual essay up at The Pudding, using text mining to explore how women are portrayed in film.

In April 2016, we broke down film dialogue by gender. The essay presented an imbalance in which men delivered more lines than women across 2,000 screenplays. But quantity of lines is only part of the story. What characters do matters, too.

Gender tropes (e.g., women are pretty/men act, men don’t cry) are just as important as dialogue in understanding how men and women are portrayed on-screen. These stereotypes result from many components, including casting, acting, directing, etc. …  – The Pudding 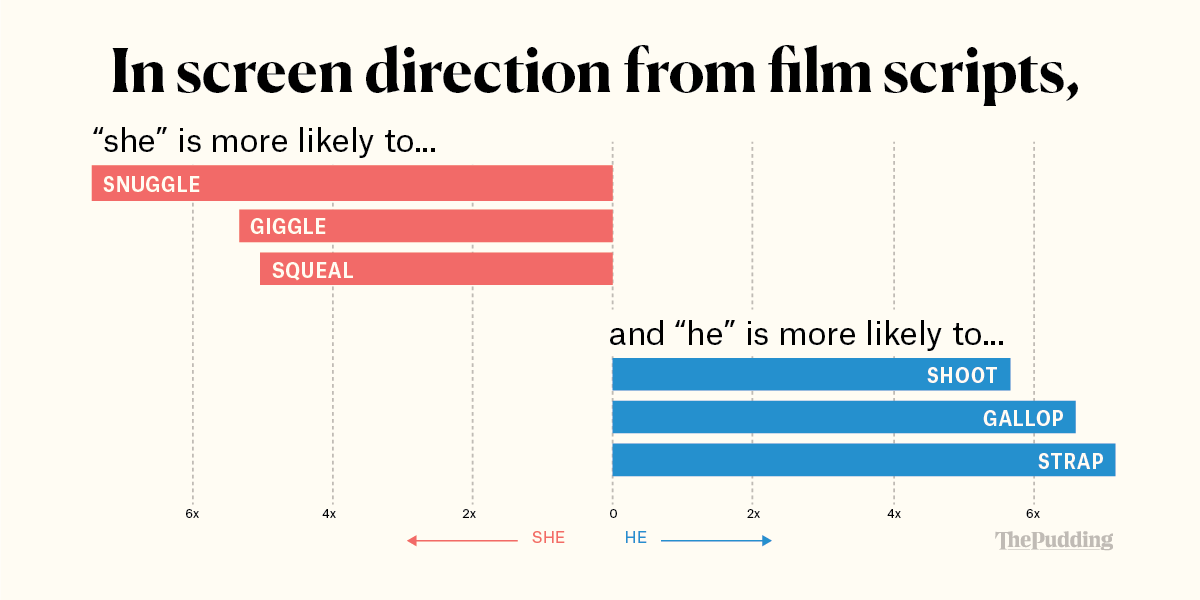 The R code behind this analysis in publicly available on GitHub.

I was so glad to work with the talented Russell Goldenberg and Amber Thomas on this project, and many thanks to Matt Daniels for inviting me to contribute to The Pudding. I’ve been a big fan of their work for a long time!

So you want to optimize hyperparameters of your machine learning model and you are thinking whether Scikit Optimize is the right...

As the number of frameworks, tools, platforms, and solution providers continues to grow, it’s an increased challenge for teams...

The future we have seen in science fiction movies is here. From virtual reality to functional gadgets, AI has...