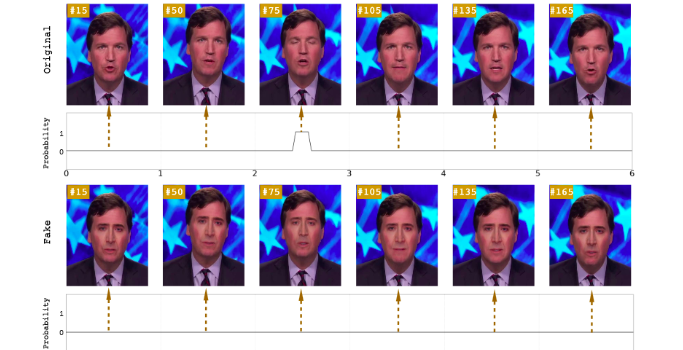 deepfakes4 Fake News4
AI is constantly in the news these days, identifying prospects for the technology doing both good and bad. One topic that’s...

AI is constantly in the news these days, identifying prospects for the technology doing both good and bad. One topic that’s generating a lot of buzz is the use of AI for creating “deepfakes,” a term originally coined in 2017. Deepfakes uses neural networks to combine and superimpose existing images and videos onto source images or videos using a deep learning technique known as generative adversarial networks (GANs). Three of the most common deepfakes techniques are known as “lip-sync,” “face swap,” and “puppet-master.” These techniques, however, can create a disconnect that may be uncovered by a clever algorithm as a way to combat deepfakes. Growing fear over the potential onslaught of deepfakes has encouraged a slate of research efforts to detect deepfakes and other image and video-tampering techniques—finding a way to use AI to combat deepfakes and fake news, rather than creating them.

In this article, I will provide a brief overview of several examples of these new efforts, and tie things up with an example of how AI also is being used to setback the proliferation of fake news.

Here are a few of the most recent attempts for fighting deepfakes: 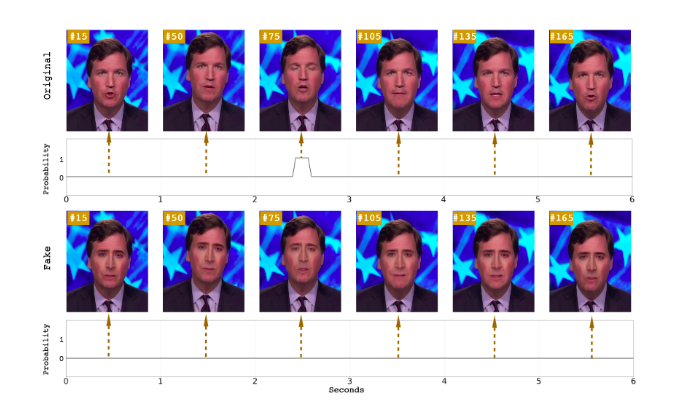 While it’s reassuring to see these and other efforts to use AI to combat the scourge of deepfakes, they are up against continuing advances of technology. As deepfakes and its successors continue to become more sophisticated, it’s unclear whether detection and defense methods will be able to keep up. In a very real sense, “bad AI” is competing with “good AI.” Only time will deem the winner.

AI also is being used to fight fake news. For example, Fairfax, VA based CVP, a leading technology consulting company, has developed an automated fake news detector that can quickly predict whether an article is likely to be real or fake news.

The controversial topic of fake news is an emerging problem across news and social media. CVP’s team of over 40 data scientists worked to show that AI could help with this problem. The company used a data set consisting of 7,000 news articles, where 50% were from the mainstream media and the other 50% were from known purveyors of fake news. The company used Natural Language Processing (NLP) to clean up the data and perform tasks like excluding common words, and then trained several open-source machine learning algorithms and created a model that was over 90% accurate in identifying articles from real vs. fake sources.

“I was actually kind of floored that it was so accurate after just a couple runs,” said Cal Zemelman, CVP’s Director of Data Science & Engineering. “I figured this was a complex problem that wouldn’t be straightforward for the model to pick up on, but it turned out I was pessimistic.” Using a technique called “explainable AI,” CVP’s data scientists used a library called SHAP on the machine learning model to actually explain why it thinks the model made the decisions it did.

SHAP stands for “SHapley Additive exPlanations” and is a unified approach to explain the output of any machine learning model. SHAP connects game theory with local explanations, uniting several previous methods and representing the only possible consistent and locally accurate additive feature attribution method based on expectations. See this extensive GitHub site for all the SHAP Python code libraries, Jupyter notebooks, a nice write-up of the technology, and citations for several academic papers.

The biggest factor that the model keyed-in on was that fake news writers tend to state opinions as facts and don’t bother to quote or attribute things to people. The explanations told CVP that the lack of the word “said” was a huge indicator for detecting fake news because the authors seemed to rarely write about who said what. The company found other terms such as “president” were generally correlated with real news, while the words “share” and “article” were associated with fake news, likely because the fake news authors have an important goal of ensuring their message is widely shared on social media. CVP has released the source code for the application on GitHub.

Editor’s note: Kirstin Aschbacher is a speaker for ODSC West 2022 this November 1st-3rd. Be sure...

Imagine a world where artificial intelligence can experience and learn in a truly human-like manner. That’s...

It seems an artificial intelligence program created by DeepMind has discovered a new method of improving...