Security is a massive concern in big data, but now that everyone is moving to a data-based system, how do you keep it all...

Security is a massive concern in big data, but now that everyone is moving to a data-based system, how do you keep it all secure? The answer that’s emerging is building our systems very differently through an innovative way to scrub encrypted data – social physics, here’s how you use blockchain and ai for data security.

Blockchain and AI are systems with the incredible potential to both harness this big data and maintain security while remaining transparent. Professor Alex Pentland’s (MIT researcher and author of Social Physics) work with a new type of data analysis that goes where machine learning (and even deep learning) has never gone may have the answer. 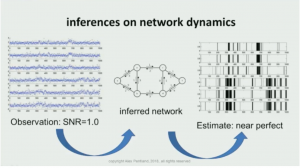 Big data is changing everything, but a few things that must happen with the new capabilities of AI have to do with our data infrastructures. Very soon, unencrypted data may become a thing of the past. 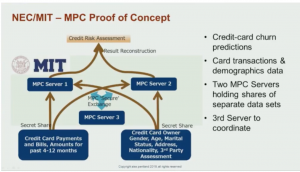 Working with unencrypted data is rapidly becoming rarer. If you’re currently working on unencrypted data, be prepared. The types of data you have access to, and what you have to do to get it, is changing, as encrypting data gets more elegant and more people refuse to share unencrypted data.

One of the most significant problems with AI is getting access to data. It’s possible to run models with data that you don’t own and don’t have access to and still receive critical insights from that data.

A practical application of this is in banking. In dark trading pools, banks could find out if other banks are doing the same types of trading without exposing data to hackers or running afoul of trade regulations that often prevent banks from sharing or moving data, thereby deriving critical insights without violating the rules.

Logging Everything On Blockchain

Based on this infrastructure, soon you’ll send questions to a data pool, and your question and credentials are logged into the blockchain. You request the algorithm, and it gets processed behind the data house firewall (the bank, for example), and the answer is then returned to you through the same blockchain.

This does two things. It creates a trail for who is requesting data and how that data is processed. The second thing is that through the blockchain, it’s incredibly challenging to falsify records. The process is highly secure and a much safer system than what we’re doing now.

The best part of a system like this is that data is entirely virtualized and can integrate out of data legacy systems through API. Estonia, an example of this process, fully reinvented their data architecture and stands as the only country to survive a full-scale cyber attack from Russia.

How Do You Use Encrypted Data With AI? 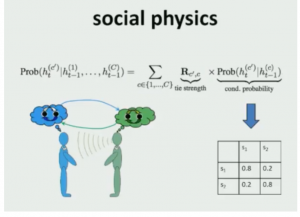 Pentland and his team use social physics to quantify human behavior to glean insights that are invisible through traditional machine learning methods. It functions despite massive amounts of noise and can also work with the realm of encrypted data. 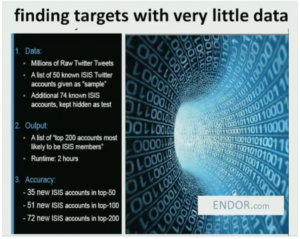 One of their most notable successes came with a client needing to identify Isis twitter accounts. They provided fifty known Isis accounts, and the group pulled raw data from the noise. They found another 35 accounts in the top 50 flags. They found 52 in the top 100 flags and 72 in the top 200 flags. The kicker? 72 Isis accounts were withheld from the team in the initial data pull, and those 72 were eventually spotted through Social Physics. Plus, it only took 24 minutes.  Patterns work.

Another success for the group was identifying a recent bitcoin theft based on patterns of behavior. Blockchain can be tricky, but the team was able to identify correctly using social physics what took law enforcement months to accomplish.

The group is currently focused on offering organizations a way to do excellent analysis by uploading your encrypted data and still deriving value. Through their services, organizations can receive critical, risk-free insights from data.

The Future Of Encrypted Data

Unencrypted data will soon become a thing of the past as AI builds the case for better, more comprehensive security measures. Encrypted data yields valuable insights, but until now, the benefit didn’t outweigh the risks of moving or revealing that data. Now, organizations can process encrypted data, not only their own but data from another pool, to receive the needed insight without compromising the data itself.

Pentland’s work has far-reaching insights in the area of privacy and cybersecurity. If you never have to unencrypt data to work with it, you reduce the holes and close back doors to your most sensitive or proprietary data. The reward may soon outweigh the risks after all. 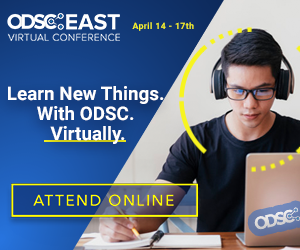 Keras Metrics: Everything You Need To Know

Keras metrics are functions that are used to evaluate the performance of your deep learning model. Choosing a good...

AI is changing every field we have, but not all those fields are embracing it with the same enthusiasm....

Industries with the Most AI Implementation in 2019