Distillation is a hot research area. For distillation, you first train a deep learning model, the teacher network, to solve your task. Then, you...

Distillation is a hot research area. For distillation, you first train a deep learning model, the teacher network, to solve your task. Then, you train a student network, which can be any model.

Note: There are variants of distillation. One is self-learning, where the teacher and student networks are the same!

Distillation offers different benefits. For example, you can pick a student network that is smaller than the teacher network. You will be able to achieve higher accuracy than training the student model from scratch. At the same time, you will have a smaller, less complex, faster model than the teacher.

Distillation also provides regularization, making your network more generalizable. In this post, we will discuss a major use of distillation: protecting your neural networks from attacks!

Like this past post on rethinking regularization, distillation provides flatter local minima. Hence, small changes to the input data are less likely to change the predicted values. Why is that important? Attackers can create adversarial examples. These examples include small changes (e.g. changing a few pixels) to real inputs that result in wrong predictions.

One example that is particularly dangerous: self-driving cars. Imagine if a hacker taped a sticker to stop signs. The sticker could look like the original stop sign, but the change in 2% of the pixels would make self-driving cars miss the stop sign. These changes are called adversarial perturbations. With distillation, hackers would need to use a more tailored attack or change more pixels, which could be noticeable.

You often do not need foolproof security, just better security than similar targets. It would be ideal if we could find a way to make every neural network highly secure, but that looks to be out of reach for now.

Security is a cat and mouse game with attacks often advancing faster than defenses. Distillation is a basic defense that can be used to make your networks more robust to attacks. You could use libraries like KD_Lib to try distilling your networks today. 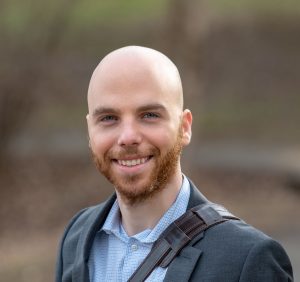 About the Author: David Yastremsky is a system software engineer, focused on simplifying the deployment of deep learning models. Having transitioned to AI from consulting and running an impact-focused start-up, he writes to make cutting-edge research accessible and clear for all. He actively contributes to a number of leading publications, including Towards Data Science and Dev Genius. In his spare time, he sings, plays kickball, and hikes around Seattle.