Data scientists competing in Kaggle competitions often come up with winning solutions using ensembles of advanced machine learning algorithms. One particular model that is typically part of such ensembles is Gradient Boosting Machines (GBMs). Gradient boosting is a machine learning method used for the solution of regression and classification problems which employs an “ensemble” of weak prediction models (typically decision trees) to produce a powerful “committee.”

The technique dates back to Jerome H. Friedman’s seminal paper from 1999, “Greedy Function Approximation: A Gradient Boosting Machine.” I recommend all data scientists to read this important learning resource to better understand the genesis of today’s most popular statistical learning algorithm.

Since then, there have been a number of important innovations that have extended the original GBMs: h2o, xgboost, lightgbm, catboost. Most recently, another algorithm has surfaced by way of a new arXiv.org paper appearing on Oct. 9, 2019: NGBoost: Natural Gradient Boosting for Probabilistic Prediction by the Stanford ML Group. It is built on top of scikit-learn, and is designed to be scalable and modular with respect to choice of proper scoring rule, distribution, and base learners. In this article, I’ll overview the NGBoost algorithm and its place in the boosting trajectory.

The idea behind the algorithm is rather straightforward: Train the base learner to output for each training example such as probability distribution that minimizes the proper score. Natural gradient descent is used as an optimization algorithm and the base learner is a collection of weak learners using the boosting approach.

The key NGBoost innovation is in employing the natural gradient to perform gradient boosting by casting it as a problem of determining the parameters of a probability distribution. 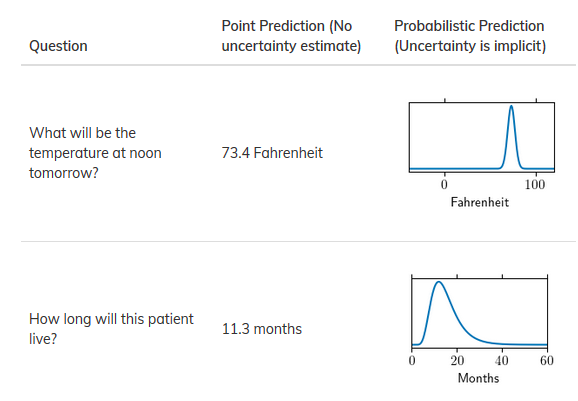 But not all classifiers output probabilities, but rather the most likely class label. This is also the case with most regression algorithms where you get back a single real number as the expected outcome. Consider linear regression where the predict function returns a single value rather than a distribution over all possible values. In this case, NGBoost adds a way of doing probabilistic regression

Here is an example of using NGBoost with Kaggle’s NFL Big Data Bowl competition data set. After initial benchmarks with other popular boosting algorithms like LightGBM, and bagging algorithms like Random Forest, NGBoost performance is seen to be slightly better, although this is just the beginning as there are many avenues for future work.

The GitHub repo for NGBoost can be found HERE. 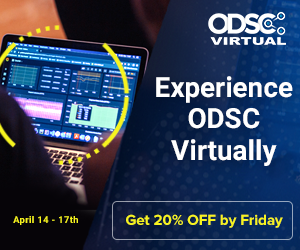 Optuna vs Hyperopt: Which Hyperparameter Optimization Library Should You Choose?

Thinking which library should you choose for hyperparameter optimization? Been using Hyperopt for a while and feel like changing?...

Virtual learning is becoming the norm for a lot of people and is easily accessible regardless of location. That’s...

Getting Started with Data Visualization Library in Python: Matplotlib

The primary data visualization library in Python is matplotlib, a project begun in the early 2000s, that was built...