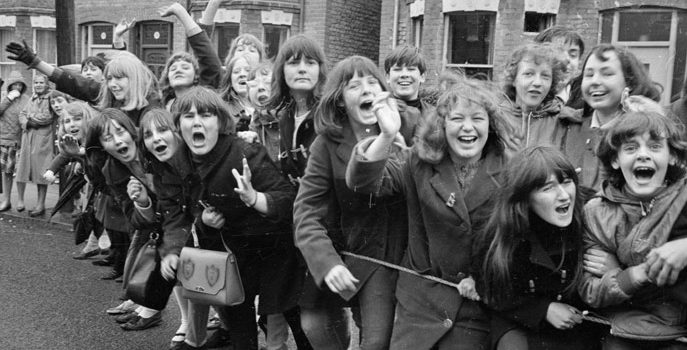 Waiting time, load factor, and queueing theory – why you need to cut your systems a bit of slack

I’ve been reading up on operations research lately, including queueing theory. It started out as a way to understand the very complex...

I’ve been reading up on operations research lately, including queueing theory. It started out as a way to understand the very complex mortgage process (I work at a mortgage startup) but it’s turned into my little hammer and now I see nails everywhere.

One particular relationship that turns out to be somewhat more complex is the relationship between cycle time and throughput. Here are some examples of situations where this might apply:

In all these cases, it turns out that running a system at a lower throughput can yield dramatic cycle time improvements. For instance me being just “kind of busy” ? vs SUPER SWAMPED ? anecdotally impacts my email response time easily by 5-10x.

I’ve written about this in the past but in an almost mythical way – I didn’t understand the math behind these principles.

First of all, the relationship might seem nonsensical. If you have a garden hose, the throughput of the hose (liter/s water) is completely independent of the cycle time (the length of the hose). If a database can handle 1000 queries per second, and we’re currently doing 500 queries/s (so 50% load), why is the latency higher than if we’re doing 100 queries/s (10% load?)

The reason, like much else in life, is variability. If the database can be thought of as a worker that can handle exactly one query at a time, there’s going to be a queue that at any time has any nonnegative number of queries in it. The number of queries sitting in the queue will vary over time. Due to chance, we might have a 10 queries that arrive at almost the same time. In that case the worker will have to process each query serially and work its way through the queue.

As it turns out, we can simulate this fairly easily using dynamic programming. Let’s say the time between queries are exponentially distributed and the time of the query itself is log-normally distributed (the exact distributions here aren’t super important, but there are some good reasons to model the world using those ones). You can simulate the whole system doing something like this:

If you run this snippet with different values for k and plot the latency as a function of load factor, you get a chart that’s super interesting (in my opinion!): 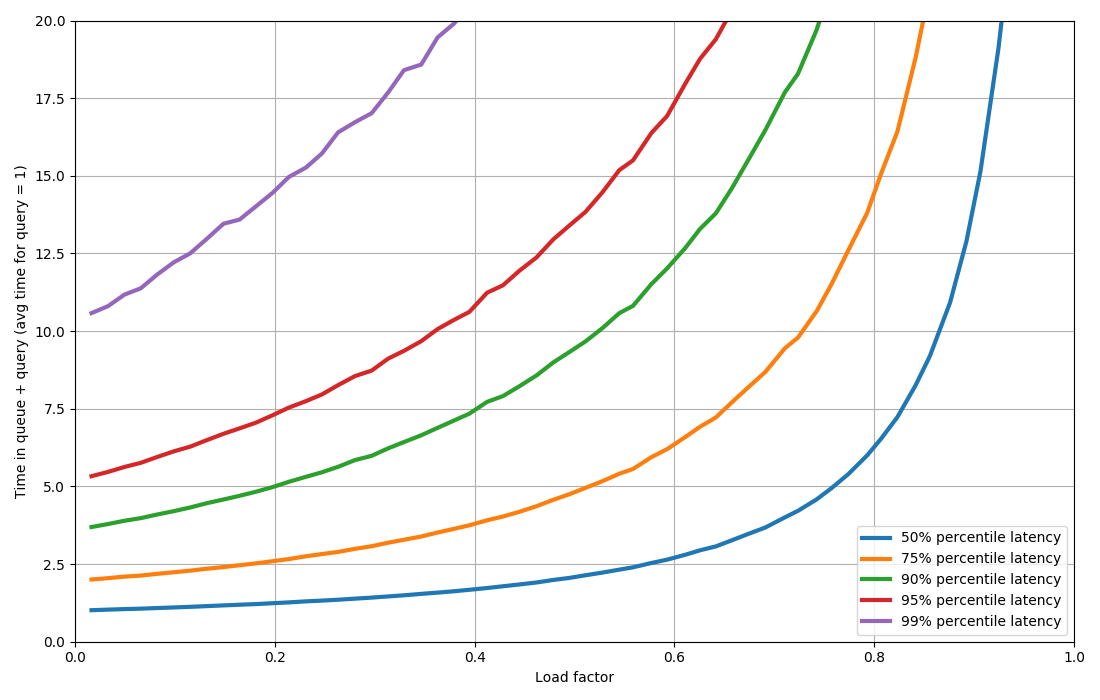 If you want to optimize for higher-percentiles (such as 90th or 99th) then just a little bit of load pushes the latencies up a LOT. Basically you are forced to run the system at a really low load factor to have some leeway.

The system described above is called an M/G/1 using fancy notation. Turns out for a slightly simpler case where instead of a lognormal distribition, we have an exponential distribution (M/M/1), we can derive exact values for these latencies. The key observation is that the number of events in the queue will have a Geometric distribution. The mean ends up being 1/(1−f)1/(1−f) where ff is the load factor. But my mom told me not to trust equations on the internet, so let’s simulated it just to be on the safe side: 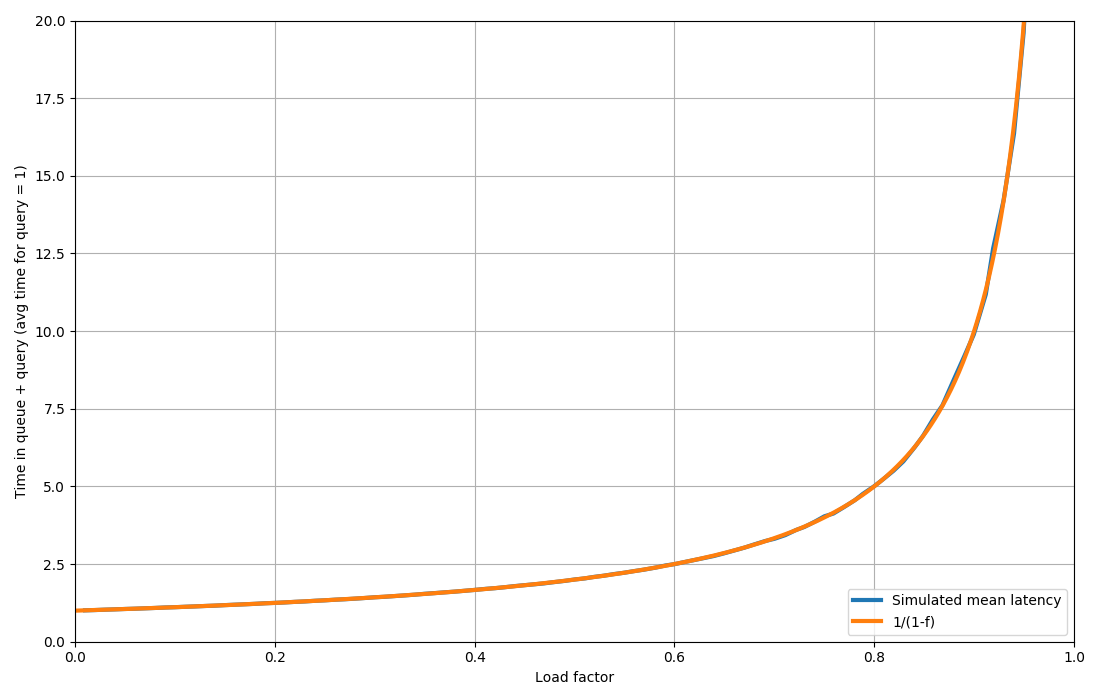 In case you can’t see, there are two lines exactly on top of each other ?.

One use case – get more done and be less stressed

I talked a lot about this in a technical context but let’s switch gears a bit and allow me to put on my corporate philosopher hat. It’s a metaphorical hat that I like to wear, and when I wear it, I mutter things like: the speed at which a company innovates is fundamentally limited by the size of the iteration cycle. So what can you do to reduce the size of that cycle? The observation is that if I’m spending 100% of my time on super urgent stuff, all highest priority, then with fairly mild assumptions, that stuff will have an extremely long cycle time.

So how do we prevent that? Let’s split up work into “things that need to happen now” vs “things that can wait”. You really don’t want to spend 100% of your time being in the critical path for all the company’s major projects. It’s exactly the times when I’m stuck in “reactive mode” where my backlog of stuff builds up. Instead, make sure that a big chunk is important, but has no imminent deadline attached to it.

My strategy is to take all the urgent things, and delegate/automate it until the average load of “urgent things” is below 50%. It’s possible some of the output is marginally lower quality, but the upside is now I can improve the latency by an order of magnitude. I can respond to emails and Slack messages faster, I can find time for an unexpected meeting, etc, and more generally, information can propagate faster.