What are Some of the Best Practices for Hiring Data Scientists?

Accelerate AI43 Conferences41
Instead of focusing on any particular issue or advancement relating to data science, Alluvium founder Drew Conway used his platform at...

Instead of focusing on any particular issue or advancement relating to data science, Alluvium founder Drew Conway used his platform at ODSC to discuss an important issue relating to the field’s culture: how to hire data scientists for your company.

Drawing from his extensive experience on both sides of the interviewing process, Conway discussed how, as an interviewee, he had forced to code on the spot, sputtered through open-ended interview questions, and been made to feel that the only way to get a job with a tech company was to present himself as a “unicorn” with infinite capabilities–thereby setting himself up to fail  when, inevitably, he would prove to not have all the answers. Drawing on this experience, Conway went on to discuss some of the ways in which he feels that the process typically used by data science companies creates hostile relationships with prospective employees and unnecessarily obfuscates the hiring process. In addition, he detailed some ways in which he believes these processes might be made more efficient.

The greatest issues surrounding the hiring process, according to Conway, can be broken down into two categories: Lack of transparency in the recruiting and hiring process, and asymmetrical interviews.

“The most expensive part of the hiring process,” Conway says, “is hiring somebody who doesn’t work out.” To interview, screen, and hire data scientists and only thereafter discover that they fail to fit the company’s needs is an obviously inefficient use of company time. Nevertheless, companies tend to guard the nature of their work to such an extent that candidates are often left guessing as to the type of projects they will be working on. By creating this shroud around the nature of their work, companies end up attracting candidates unsuitable for their company’s needs and alienating many who might have fit well. 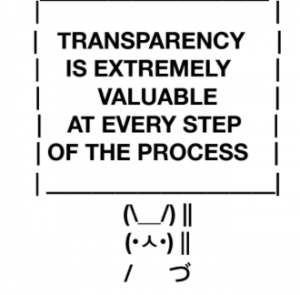 Conway notes that in most of his interviews, he was required to complete some sort of on-the-spot testing of his coding abilities, either through “whiteboarding” or live coding in the presence of an interviewing engineer. These kinds of stressful practices are, he says, generally instituted “because they suck”—that is, because they seem to test the candidate’s ability to work under pressure. He sees these kinds of tests as “asymmetrical,” or designed to determine what the candidate doesn’t know. This sets up candidates to fail and creates an immediately inimical relationship between the prospective employer and the candidate.

In contrast to these flawed practices, Conway details some of the principles guiding his company’s hiring process. His biggest concerns when hiring new candidates center around a clear and mutually understood hiring process.

A successful hire starts with hiring managers themselves understanding what kind of role they are looking to fill.  “If you can’t write down the things you want a person to work on,” Conway says in his talk, “why are you hiring them?” Conway encourages recruiters and hiring managers to be as detailed as possible when distributing hiring queries, making the responsibilities expected and skills required as clear as possible so as to avoid wasting time interviewing an unqualified or uninterested candidate. Likewise, Conway suggests that managers and engineers in charge of hiring should build the take-home coding tests themselves, so as to be sure that it accurately reflects the type of work that the prospective employees might expect upon being hired.

[Related article: 6 Ways Businesses Can Incorporate AI Into Their Products]

Conway refers to the high-pressure interview scenarios instituted by most companies as “scars” from the early years of data science. He encourages those in hiring roles to focus on attracting the right people by being forthcoming about the nature of the opening. He also suggests that recruiters and hiring managers make interviews into a more collaborative process, focused on finding out what a candidate is capable of. In a field that places a premium on efficiency, there is no reason to continue hiring practices that frequently result in wasted effort.