What Are the Best European Cities for Jobs in Data Science?

AI26 careers2 Data Science8 europe1 jobs in data science1
Within the past few months, European cities have entered the global stage to compete in an artificial intelligence (AI) arms race...

Within the past few months, European cities have entered the global stage to compete in an artificial intelligence (AI) arms race with tech hubs in the United States and China. While the high concentration of innovative companies in Silicon Valley or the busy streets lined with Fortune 500 companies in New York have enticed talented engineers worldwide, European cities offer a charm and promise of their own for data scientists and for jobs in data science. With ODSC London 2018 right around the corner, how does the European job market look now?

While these are the largest investments promised to AI research by European governments, investments in the field, however, are not new. At the end of 2017, Europe had invested $3.5 billion into deep tech companies, which based on these recent announcements by the European Commission and global leaders like French President Emmanuel Macron, these figures are set to only increase.

When looking at the job growth of the technology sector, these financial commitments follow the way of the market. In comparison to other European jobs, tech positions are growing three times as quickly with a growth rate of 2.6 percent for technology positions compared to the overall European job growth rate of 0.8 percent, according to a 2017 State of European Tech report.  Among other growing technical positions in Europe, Data Scientist ranked the 9th most in-demand technical role in the United Kingdom and France in 2017.

The median salary in European countries for this position was nearly $55,000, according to a 2017 O’Reilly report. Most of the respondents also reported salary gains over the past three years with over 30 percent of respondents seeing their wages increase by 50 percent or more.

With such a demand for these positions across the continent, we have taken a look at various economic and social factors to determine the best places for data scientists to live in Europe. 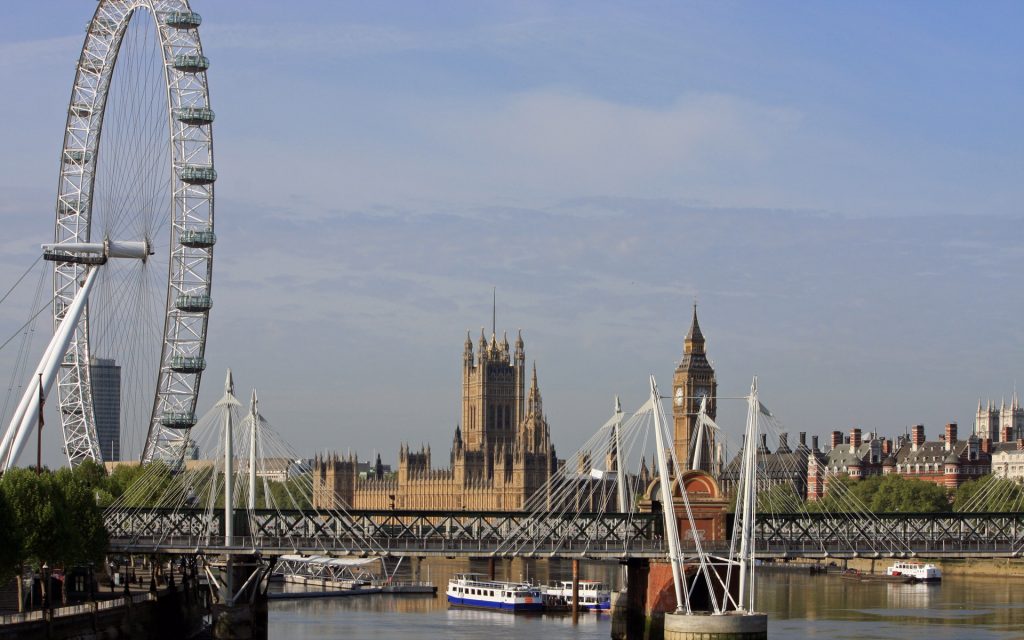 One would be remiss to not include London as a worldwide hub for artificial intelligence and data science research and growth. A city known for its world-renowned FinTech industry in the skyscrapers of Canary Wharf or along the streets of the Square Mile, London has attracted companies interested in investing in this new field.

Businesses, however, are not the only party interested in improvements. This past April, a £1 billion deal between the UK Government and more than 50 business and organizations committed to improving the country’s AI research “to make the UK a global leader in this technology”, according to a press release. Of course, the country faces some uncertainty in the years ahead as Brexit negotiations take form, yet the opportunities currently available to data scientists outpace those of other European cities.

Despite facing a rather high cost of living as well as high competition for openings among the 8 million people who reside in the city, London continues to be an epicenter for gathering to discuss and research new technologies in all sectors from corporate to startups to education. The world turned to the city in 2016 when London-based DeepMind’s program AlphaGo beat a human professional Go player, using AI technology. In 2018, London has welcomed international conferences such as the Deep Learning Summit, the Strata Data Conference and the Knowledge Discovery and Data Mining Conference. ODSC’s Europe conference will be in London this September. The British government also recently approved plans to renovate Heathrow airport to be able to have the highest capacity in the world, thus allowing more room for London to grow as an international hub.

In addition to these opportunities to network with world-class data scientists, London is home to The Alan Turing Institute, the national institute for data science and AI.

New research can also be expected from academics in the area. Due to the growing demand for data skills, universities across the world have started implementing curriculums. In London, however, many universities in London have adopted data science graduate degrees, attracting top talent from around the world. These universities then serve as places for academia and the outside world to collaborate such as at  Imperial College’s Data Science Institute, who has partnered with corporations like Huawei and HNA Technology as well as a new partnership of Cisco and University College London to build a new London Artificial Intelligence Research Centre. 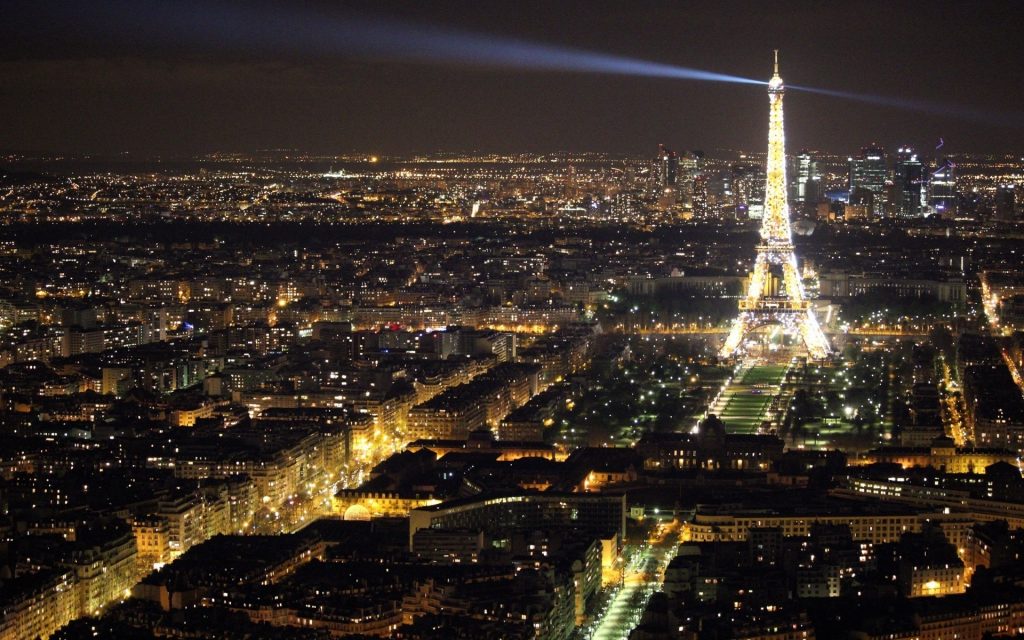 With its lower cost of living, high per capita rate of data science positions and its government support to expand research in the country, Paris is positioned to provide opportunities and future growth for data science and machine learning.

Not only do numerous tech companies such as IBM, Amazon, Google a, d Tableau hold offices in Paris, but the city has also been handpicked by these same companies to serve as innovation hubs. In 2015, Facebook opened an AI lab in the city; however, after meeting with Macron, the company committed another $12.2 million to this facility by 2022. Likewise, Google, Fujitsu, DeepMind and Samsung also announced that it will be opening AI labs and research centers in the city.

The city’s potential for growth can be seen through its various meetup groups such as Paris Machine Learning Applications Group with 7184 members, Big Data Paris with 7237 members and several others. The Paris startup community took a boost earlier with the opening of Station F, the largest business incubator in the world and created by French billionaire Xavier Niel, in June 2017. Despite being known for its cuisine and tourist attractions, this historic city has already enticed internationally-renowned companies to an office within its city limits and presents a potential for substantial growth due to recent investments and Macron’s commitment to advancing technology in the country. Stay tuned for a more in-depth feature of Paris’ appeal to data scientists in the coming weeks.

Up and Coming: Manchester, U.K. 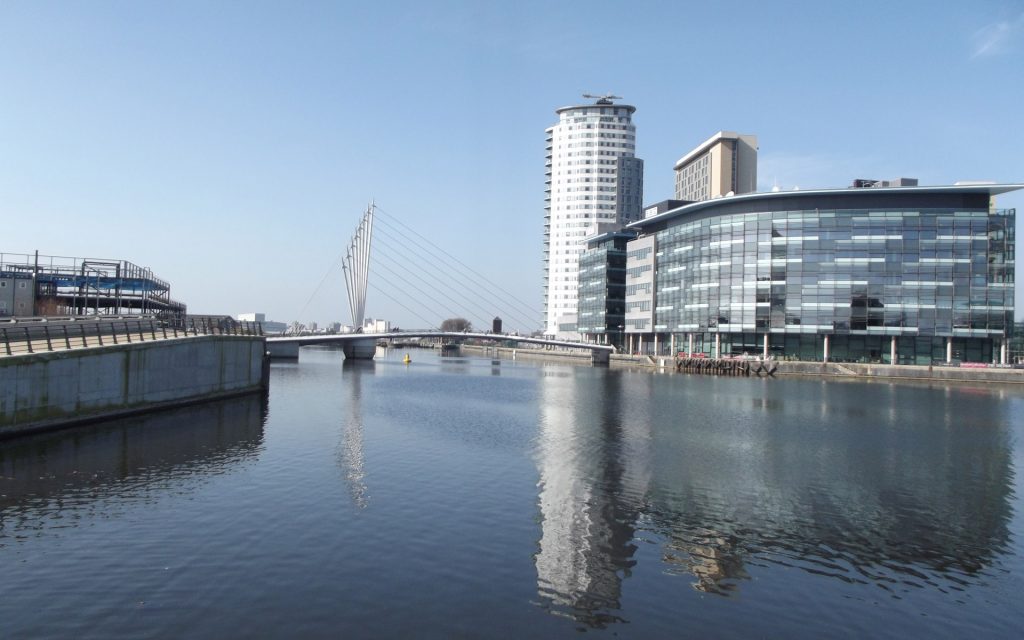 While having become a global common name for its Premier League clubs, Manchester also is setting itself up to become a name for data science research and social improvement using artificial intelligence.

At the end of July, the University of Manchester announced that it is seeking corporate partners to develop its North Campus site to become a mixed-use district to attract technology and science occupants to develop in areas including artificial intelligence. The university reports that this project can create up to 6,000 jobs and over $2.5 billion in growth over the next 20 years.

In the coming years, the city also plans to experiment with Internet of Things technology to create CityVerve, a smart city demonstrator, after winning government funding in March of 2015. The project will be collecting data on everything from transportation to healthcare, providing ample opportunity for data scientists in the city.

For now, Manchester offers loa w cost of living, higher salaries for data scientists in comparison to other European cities and a growing startup community.

In addition to being ranked the second best city in the world for quality of life, Zurich also provides access to some of the leading companies in technology and data research doubled with the highest reported average income for data scientists. Average salaries in Zurich nearly double those of other European cities.

While the city had a fairly low rate of data science postings per capita at just 33 postings per 100,000 people, the various companies with offices in the city pose other opportunities for data scientists. The city is home to the largest Google office on European mainland, and it also houses research labs sponsored by companies like IBM and Google. In addition to corporate-backed research, ETH Zurich, one of the leading universities in the world, keeps the city engaged with innovative topics and trends trends while also drawing world-class talent. The city is also positioned for collaboration and easy travel by train or plane, located in the heart of Europe.

While having a slightly high cost of living by German standards, Munich promises high incomes and growing opportunities for data scientists. With an already low unemployment rate of 2.0%, the city is home to many companies like Siemens and BMW that are investing in data heavy research and development such as autonomous vehicles or Siemen’s MindSphere Application Center for Rail.

Data scientists can also expect Munich to see a rise of openings with new labs such as IBM’s Watson Internet of Things and Microsoft’s IoT & AI Insider Lab. The city is also in support of developing Munich further as a collaborative startup hub, announcing that the Munich Airport will dedicate over a million square feet for entrepreneurs and investors to use, which could potentially bring international talent from visitors to the airport.

Jobs in data science openings used in this story were gathered from Glassdoor searches for “data scientist”, “machine learning” and “artificial intelligence”. Salary data was calculated by salaries listed on Glassdoor for “data scientist”. The cost of living statistics were gathered from Expatistan. Population counts are from 2010 and 2011 reports from the United Nations Statistics Division. 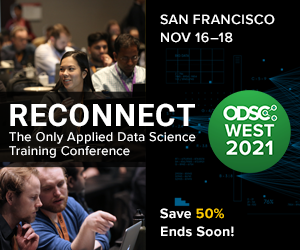 Download This Free Dataset Worth $1350 to Test the Accent Gap!

Given the demographic composition of the United States, it’s no wonder that spoken English varies greatly...

Grow Your Data Science Career With the ODSC West 2021 Bootcamp

Bootcamps can be a great way to kick your career into gear. However, many traditional bootcamps...