What Does Facebook’s Blenderbot 2.0 Mean for the Future of AI?

Facebook has had a hand in artificial intelligence (AI) development since its early stages. Think back to photo tagging on Facebook. While Facebook’s old technology used to incorrectly tag users in photos, the implementation of AI technology streamlined the process and made photo tagging more accurate.

The improvements made to photo tagging only scratch the surface of Facebook’s connection to AI. Facebook released its first-ever AI-powered chatbot, Blenderbot 1.0, a little over a year ago. It was compared to Google’s Meena Chatbot, which led to an exciting duel between the two tech giants. More recently, Facebook AI introduced a significant upgrade to Blenderbot 1.0 and called the new version Blenderbot 2.0.

Let’s explore more about Facebook’s Blenderbot 2.0, how it works, and what it could mean for AI in the future.

Blenderbot 2.0 is an open-source chatbot that combines internet data retrieval with long-term memory capabilities. It searches the internet for the most up-to-date information and stores it, allowing it to converse with users and offer viable solutions to their problems. When AI chatbots can engage in meaningful conversations with users, the customer experience (CX) automatically improves, which will be a top priority for company leaders in the next five years.

The more conversations a traditional chatbot engages in, the more likely it is to forget past discussions with users. Because the primary goal of AI is to mimic human activity, the inability to remember essential information about humans was seen as a flaw in Blenderbot 1.0. Therefore, Facebook AI began developing a new chatbot that would be more intuitive and remember that key information — thus, the creation of Blenderbot 2.0.

Blenderbot 2.0 outperforms the new language model OpenAI GPT-3 because it can retrieve the most updated information from the internet and store it securely. In addition, Blenderbot 2.0 has 9.4 million parameters, which contributed to its improvements in performance.

Compared to traditional chatbots, Blenderbot 2.0’s features are state-of-the-art. Particularly, its long-term memory feature makes it stand out from the crowd of chatbots saturating the market.

The original version of Blenderbot received positive feedback, where human evaluators said that chats with the bot were more human than others. However, it was known for having a “Goldfish Memory” where conversations between the chatbot and the user were quickly forgotten.

Blenderbot 2.0 outperforms traditional chatbots in terms of engagement and humanness. It is capable of having sophisticated conversations about pretty much anything. Personality, empathy, and knowledge are all characteristics of both versions of the Blenderbot.

One issue with GPT-3 is that it sometimes hallucinates knowledge, meaning it will confidently respond to queries with incorrect information. Blenderbot 2.0 solves this problem because it can access stored memory, thus reducing the frequency of hallucination.

Facebook focuses its methods on accessing the internet on-the-fly, rather than traditional machine learning methods that attempt to store information from the internet on a large scale. It would be next to impossible to try and hold such knowledge, so Facebook found a viable alternative.

What This Means for AI

One of Facebook’s goals with the release of Blenderbot 2.0 is to encourage other AI and machine learning researchers to build on their technology and achieve new standards in the industry.

Facebook believes they’re still far from developing human-level intelligence for dialogue systems but are optimistic they will reach that point one day.

By improving this technology, it can then be leveraged to also improve conversational commerce, which is directly powered by chatbots on websites like Facebook Messenger and Apple Business Chat. Brands will be able to market directly to potential customers through their chatbots, and BlenderBot 2.0 could be the catalyst to make that happen.

While it’s rare for Blenderbot 2.0 to make repetitive or contradictory mistakes, Facebook is still experimenting with the technology to find areas of improvement. They believe introducing new technologies will help further develop AI-based chatbots across the industry and not just their brand.

Internet marketers will have to stay on top of these changes. Because AI chatbots will get to know users, it could provide marketers with new information to help them make data-driven decisions.

Blenderbot 2.0: Only the Beginning

Facebook made Blenderbot 2.0 an open-domain chatbot through their dialogue research platform ParAI. The goal is to ultimately push conversational AI research forward and expand the industry to help improve CX, among other benefits. It will certainly be exciting to monitor Blenderbot 2.0’s impact on the world of artificial intelligence and machine learning. 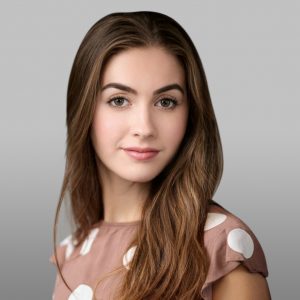 About the author: April Miller is a staff writer at ReHack Magazine who specializes in AI, machine learning while writing on topics across the technology sphere. You can find her work on ReHack.com and by following ReHack’s Twitter page.