What Makes a Good Data Visualization – a Data Scientist perspective

Data visualization has been a subject of many thousands of books, courses, and blogs. My course on data mining included a one-hour lecture on Data Visualization. However, since you, my reader, don’t have an hour to read this blog, here is a KDnuggets-sized summary of what makes a good data visualization from a perspective of a Data Scientist.

This excellent map by french engineer Charles Minard effectively tells the story of advance and disastrous retreat of Napoleon army in Russia in 1812.

The map shows several key variables: the size of Napoleon army (width of the bar – one mm indicates 10 thousand man), location on a map; temperature (on second scale), direction of travel, and time.

Data Science is more than just building predictive models – it is also about explaining the models and using them to help people to understand data and make decisions. Data visualization is an integral part of presenting data in a convincing way.

There is a ton of research of good data visualization and how people best perceive information – see work by Stephen Few and many others.

Guidelines on improving human perception include

From Data Science point of view, what makes visualization important is highlighting the key aspects of data – what are the most important variables, what is their relative importance, what are the changes and trends. 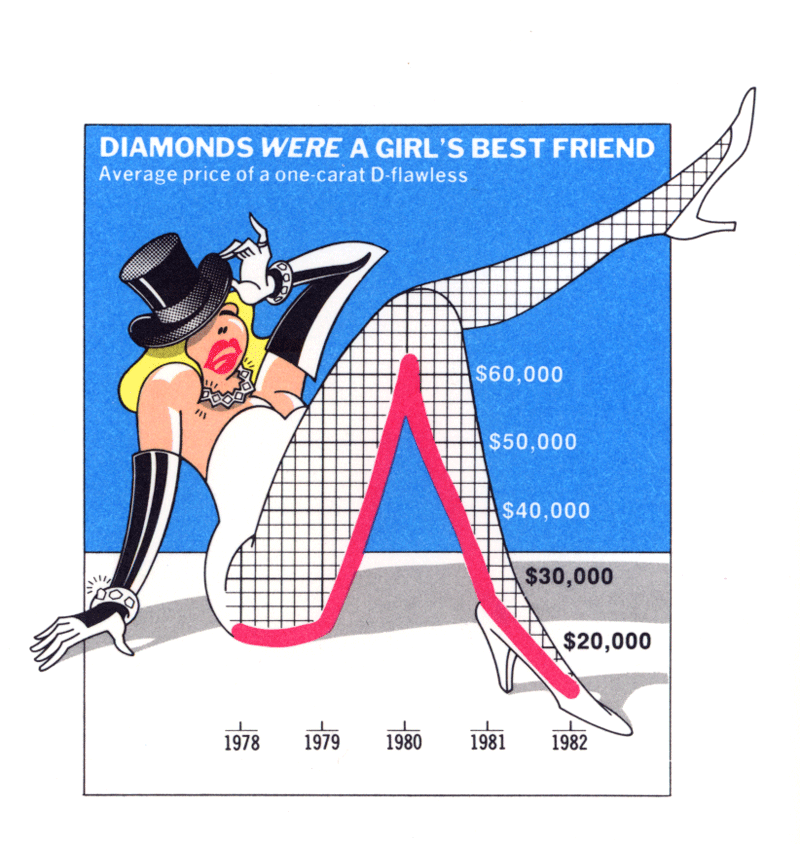 Data visualization should be visually appealing but not at the expense of loading a chart with unnecessary junk, as shown in the image on the right.

There are many examples of misleading data visualizations, also here, and here.

One common error(or misleading tactic) is to change the axis to increase the size of effect. 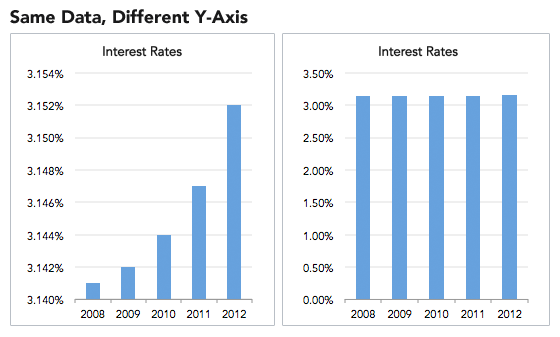 Ok, so we mention how to avoid making a bad visualization.

How do we make a good data visualization?

To do that, choose the right type of chart for your data:

There are many advanced methods for multidimensional data visualization like parallel coordinates,Chernoff faces, or stick figures, but they have not become popular because they are hard for non-experts to interpret.

However, you can go beyond 2 dimensions by also using color, labels, and size to effectively represent additional dimensions.

Here is a toy example with US Presidential elections since 1976 (based on this data).

Below is an example of how not to visualize this data.

It is bad for several reasons: 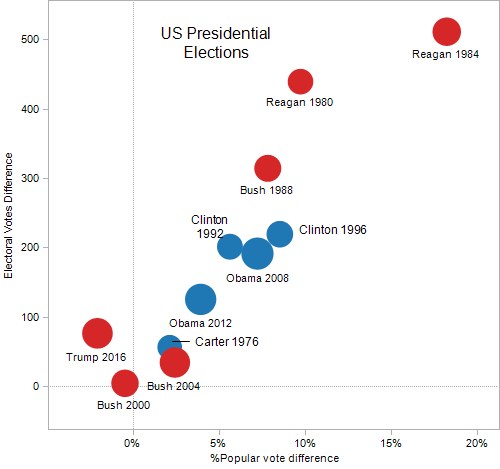 Sometimes the story you want to tell may require a non-standard visualization, even if it requires some manual editing.

My most successful post on LinkedIn got over 23,000 views, mostly on the strength of the visualization below (Fig. 5) that compares Gartner Magic Quadrants for Data Science Platforms in 2017 vs 2016. This visualization overlays quadrants for 2 years and uses arrows to show significant movement of firms between the years. Color is used to show positive movement (green), and negative one (red). New entries are shown as green circles, while dropped firms are crossed with red X-s. 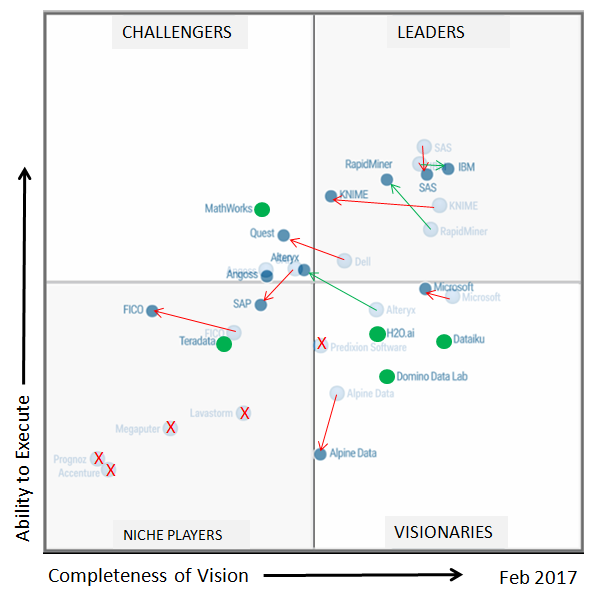 Overall, you see both the current positions in MQ and changes quite clearly.

What do you think makes a good data visualization?

Gregory Piatetsky-Shapiro, Ph.D., is a well-known expert in Business Analytics, Data Mining, and Data Science. Gregory is the President of KDnuggets, was voted Best Twitter on Big Data, and is a Top Influencer in Big Data, Data Mining, and Data Science. Gregory co-founded KDD (Knowledge Discovery and Data mining conferences) and SIGKDD, professional organization for Knowledge Discovery and Data Mining. Gregory has over 60 publications and edited several books and collections on data mining and knowledge discovery.