This reminded me of SAT analogy questions, which disappeared from the SAT in 2005, but looked like this: PALTRY : SIGNIFICANCE :: A. redundant...

This reminded me of SAT analogy questions, which disappeared from the SAT in 2005, but looked like this:

The king/queen example is not difficult, and I don’t know whether it was tested or discovered. A better evaluation would use a set of challenging pre-determined questions.

There is a Google set of analogy questions, but all the relationships are grammatical, geographical, or by gender. Typical: “fast : fastest :: old : oldest.” (dataset, paper, context)

Michael Littman and Peter Turney have made available a set of 374 SAT analogy questionssince 2003. You have to email Turney to get them, and I appreciate that he helped me out.

Littman and Turney used a vector-based approach on their dataset back in 2005. They achieved 47% accuracy (state of the art at the time) which is a nice benchmark.

I’m using GloVe and word2vec word vectors that are per-word and based on various text corpora directly. Since the vectors are not specific to particular pairings, they may at a relative disadvantage for the SAT task. To get a vector for a word pair, I just subtract.

I have one word2vec model: GoogleNews-vectors trained on a Google News dataset, providing 300d vectors. 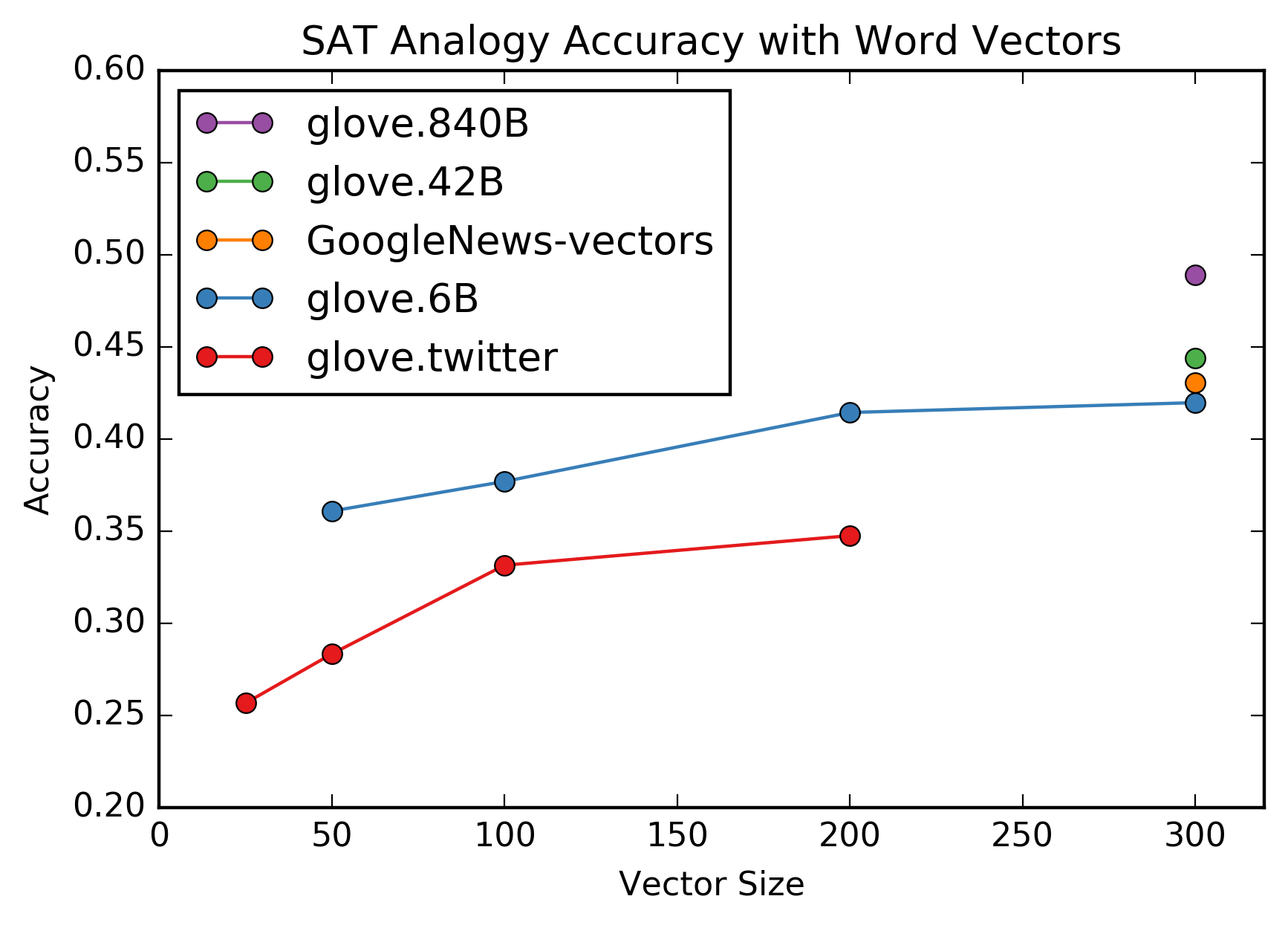 Trained word vectors provide a fixed vocabulary. When a word was missing, I used a vector of zeros. Most embeddings only missed one to eight words from the 374 questions, but glove.twitter missed 105. I also checked accuracies when excluding questions that had unsupported words for a set of embeddings, and the results were remarkably close, even with the Twitter embeddings. So the accuracies are due to the embeddings and not just gaps in the vocabularies.

Still, the idea of word vectors (translating sparse data to a learned dense representation) is super useful, and not just for words. See implementations in Keras and in TensorFlow.

These methods are not the best-performing non-human technique for these SAT analogy questions. Littman and Turney report several. Latent Relational Analysis comes in at 56% accuracy, against the average US college applicant at 57%.

This is a case in which “the average human” is not a good bar for measuring AI success. The average human has a remarkably small vocabulary relative to what a computer should easily handle, not to mention that the average human would not be admitted to most colleges you could name.

I’m grateful to the DC Deep Learning Working Group for helpful discussions, and particularly Shabnam Tafreshi and Dmitrijs Milajevs for sharing references at the January 26, 2017 meeting. Thanks also to Travis Hoppe of DC Hack and Tell for always doing cool things with NLP. Thanks to Peter Turney for providing the dataset and commenting on distances. 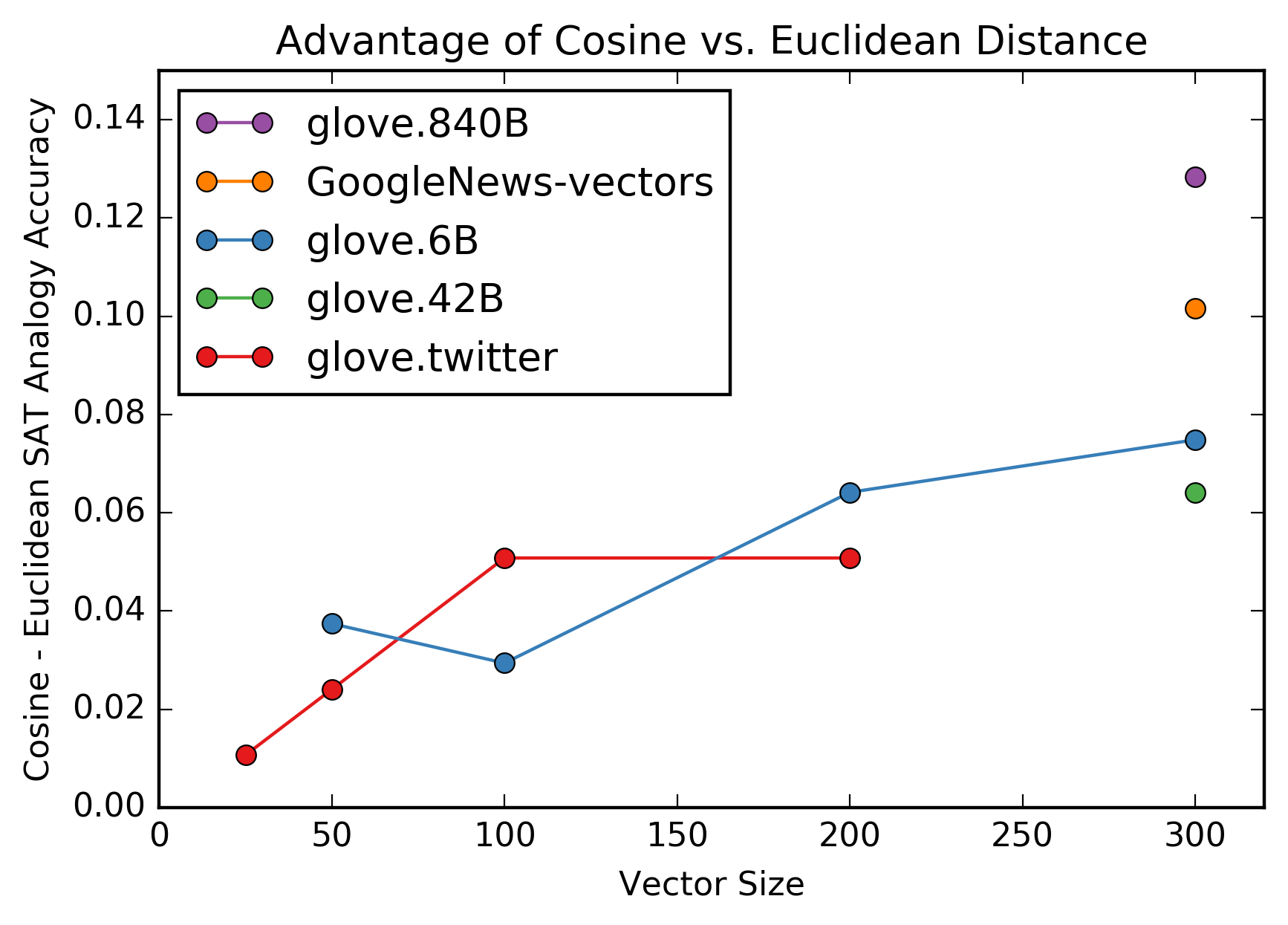